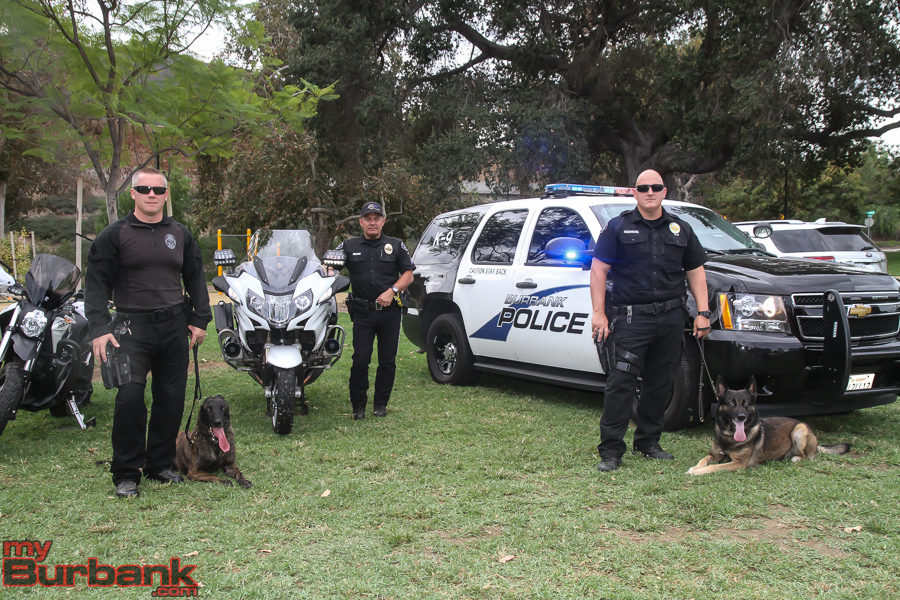 Formally known as the Hoofs & Woof program held at The Los Angeles Equestrian Center made a debut this year as The Burbank Police Foundation’s Family Fun Festival. The event was put together to help the foundation raise funds for Burbank Police Department’s K-9 and Equestrian Units.

This year the organization teamed up with Burbank Kiwanis for Fun and Burbank Noon Kiwanis, they had a pancake breakfast in the morning and were grilling and selling BBQ hamburhers, hotdogs and fries and soda all helping the K-9 and equestrians units.

The Burbank Road Kings put on a Car Show with over 150 cars from every year located through the park. There were vendors selling items, including Cotton Candy, Pop Corn, candies shirts, hats, jewelry and more.

The Burbank K-9 units put on displays and demonstrations for the well over two to three thousand people in attendance The Burbank Police had their Bearcat rescue vehicle, along with their SWAT vehicle and their Notar helicopter on display.

There was a Burbank Police Patrol vehicle on display that people could put Post It Notes with notes of Thanks and similar words.

They had a photo booth setup by UMe Credit Union and also held  a costume contest for kids in attendance.

The weather was fantastic for the crowd along with the several activities provided for young kids and family members of all ages.

Here is a Photo Gallery from the days events.