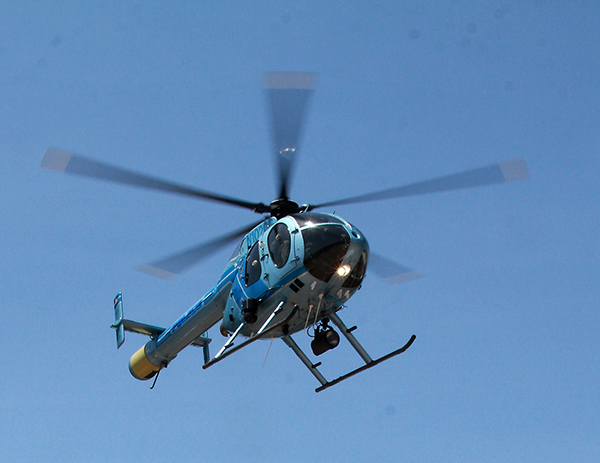 On August 26, 2015 at about 1:43 pm, Burbank police officers were dispatched to Ulta Beauty, located within the Empire Center, regarding an assault.  Ulta Loss Prevention (security) had attempted to detain a person for shoplifting.

A description of the suspect vehicle, including a license plate number, was obtained by witnesses at the scene.  The Burbank Police Helicopter responded to the call and was able to locate the car.  The vehicle was eventually stopped after the air unit led officers on the ground at Ventura Boulevard and Sepulveda Boulevard in Sherman Oaks.

The driver was positively identified as the person responsible for the assault and theft.  He was placed under arrest for assault with a deadly weapon [245(a)(1) PC],  with the vehicle being the weapon in this case.  The stolen property from Ulta Beauty was a pair of gloves, which have not been located.

The suspect has been identified as NAME REDACTED, a 45 year old resident of Valley Village.  His bail has been set at $30,000.  He is due in court on Friday, August 28.

The police helicopter involved in this apprehension is part of an on-going partnership with the Glendale Police Department, which has been in effect since 1979.  The Burbank/Glendale air unit has three MD520 NOTAR® helicopters (no tail rotor blades).  Typically, when the helicopter is dispatched to a call, it arrives at the scene before the first ground officers about 70% of the time.  Having the helicopter in the air and able to respond so quickly today, proved to be a very effective tool and aided in the very quick apprehension of the suspect.

City of Burbank Press Release - November 25, 2020 0
Burbank would like to to plant a minimum of 500 additional tree throughout the City in homes, businesses, streets, and parks for the 2021 calendar year.

Permits for Outdoor Dining Suspended in Burbank in Response to County...