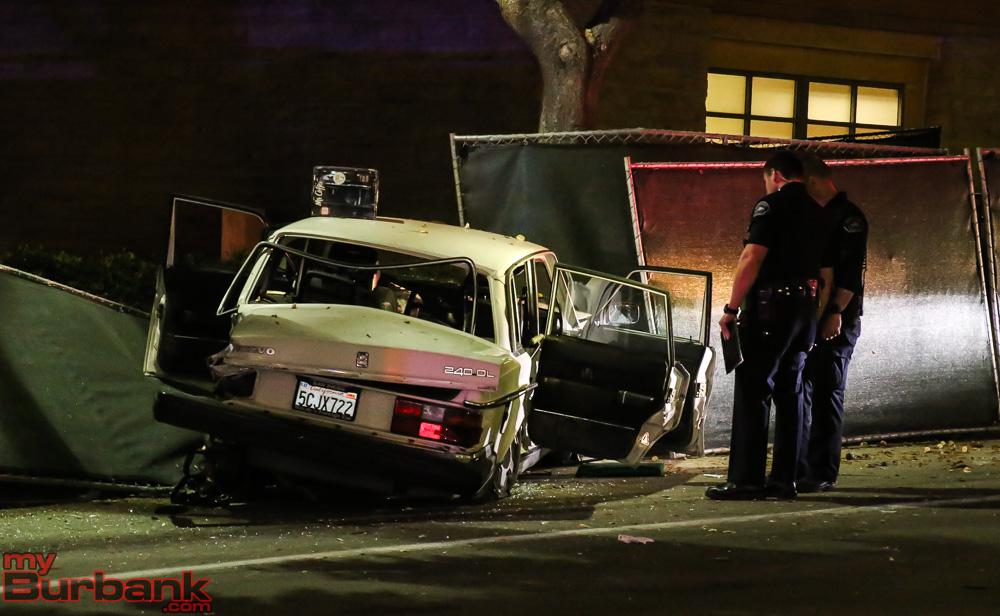 While the first rescue ambulance was working on the occupants that struck the tree the incident commander had called for an additional ambulance and a physical rescue, using the jaws of life, to remove a person from the rear seat of one of the cars involved.

Burbank Police had closed westbound Magnolia at San Fernando to traffic while the Fire Department performed emergency treatment on the patients. The first rescue ambulance transported a patient to St. Joseph Medical Center where a female had expired upon arrival. 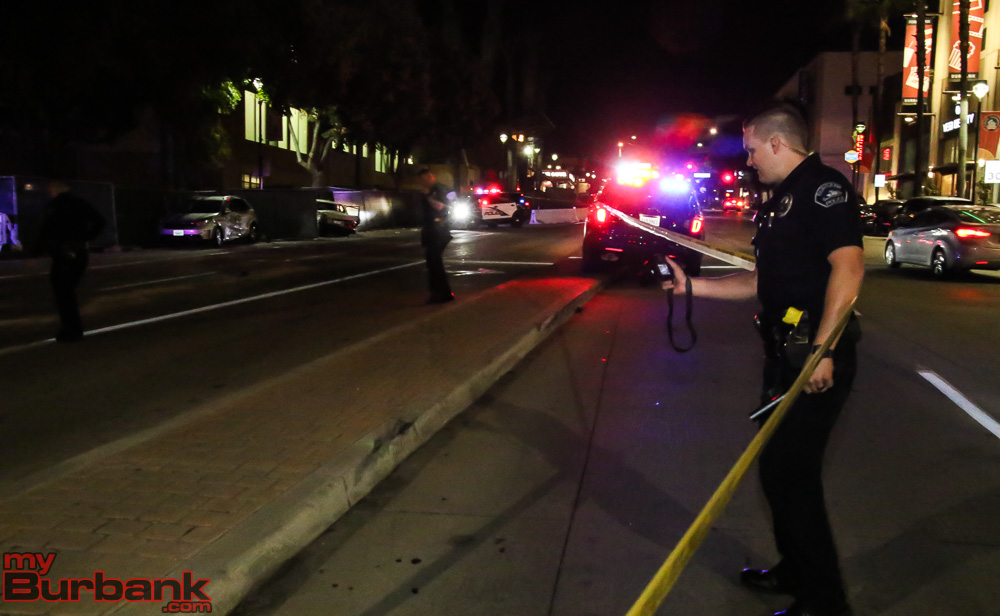 The occupants that were injured in the same car and the other patients required transport for non-life threatening injuries.

A Burbank Police Traffic Investigator was called to the scene to investigate the cause.

Witnesses at the scene said a yellow Volvo was northbound First Street at a rapid speed and turned eastbound Magnolia struck the center divider losing control and continued until it struck one car that was an Uber driver transporting a passenger, that car hit a car that was westbound.

Magnolia remained closed for several hours while measurements and details of the accident were recorded.

The identity of the female who died was not released until relatives could be notified. All the cars from the accident scene were towed and the westbound lanes were reopened close to 11 PM.

Burbank Police has asked if anyone witnessed the accident contact their Traffic Investigator at 818-238-3100.