Burbank Police were dispatched to the intersection of Riverside Drive and Gaylord Street at 2:16 a.m. Saturday morning for a reported motorcycle that had struck a parked car. 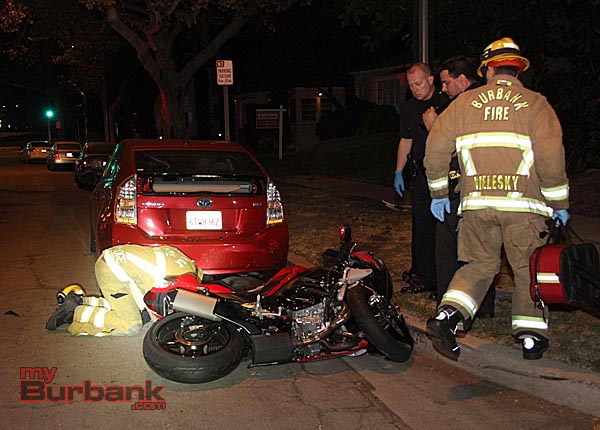 The original dispatch by Burbank Police reported that the rider of the motorcycle was trapped under a parked car so the Fire Department dispatched a full physical rescue assignment to the scene. Once on scene the solo male rider was extracted from under the rear of the parked car and life saving techniques were performed.

Burbank Paramedics worked quickly on the victim performing CPR, and other emergency procedures, but could not revive him. 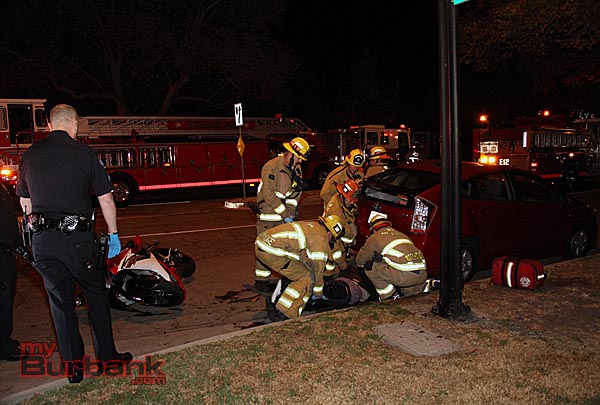 Burbank Police Traffic Investigators responded to the scene as Riverside Drive between Niagara Street and Bob Hope Drive was closed in both directions while the investigators looked for reasons why the motorcycle crashed.

Riverside Drive makes a couple of curves and it appeared the motorcycle rider might have been traveling at a high rate of speed causing him to lose control striking the parked car.

The name of the male rider was not released until the Los Angeles County Coroners office made notification to the family.

The street remained closed to 6:00 a.m. until the traffic investigators finished and the Los Angeles County Coroners removed the victim.

UPDATED INFORMATION :The Los Angeles County Coroner identified the motorcycle rider as Kevin Binkley 43 years of Burbank. Per a release from The Burbank Police Department the cause of the accident is still under investigation. 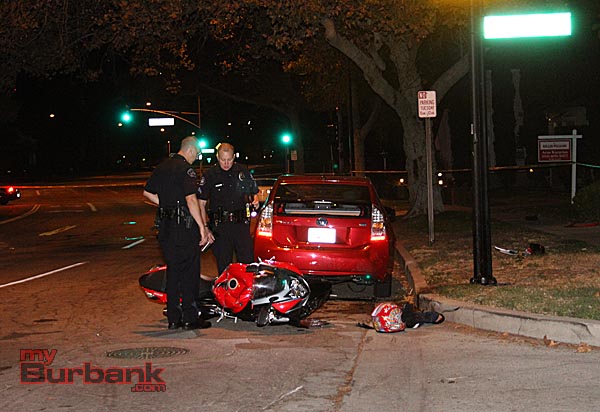