A new school year is about to start and with several school shooting across the nation this past year, Burbank’s Police Department wanted Burbank schools to be prepared for any type of situation that could arise. 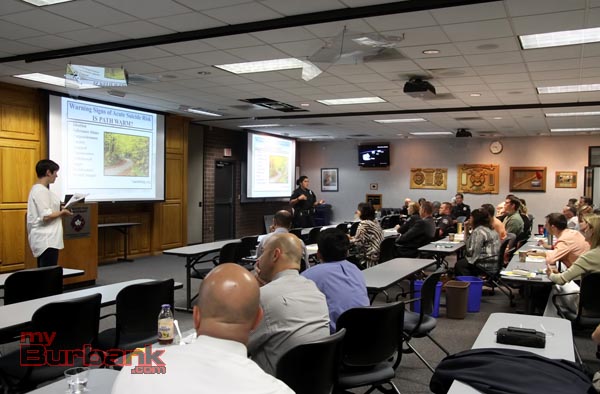 The Command Staff of the Burbank Police Department gathered all the Principals and Burbank Unified School District administrators this past week at the Burbank Fire Training Center to address several topics involving safety, precautions and offered resources that any school employee can use.

The BPD also had their Mental Health Team make a presentation. The patrol Captain showed a power point presentation and told teachers how the Police Department reacts in several different types of situations that could unfold. 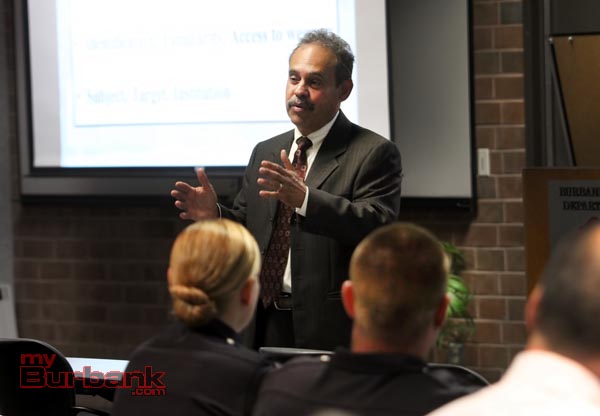 Dr. Tony Beliz discusses what Los Angeles County Health can provide to BUSD at a time of crised or before. (Photo by Ross A. Benson)

Those present asked questions and were reassured that the Burbank Police is prepared for any type of incident on every school campus or neighborhood around the Burbank Schools.

Burbank Fire Department Battalion Chief Jeff Howe, who has been Burbank’s Emergency Coordinator, explained some other precautions the city is ready for such as earthquakes, gas leaks, hazardous chemicals, etc. He also introduced his replacement, Eric Baumgartner, who will be working with each school on additional training and guidance. 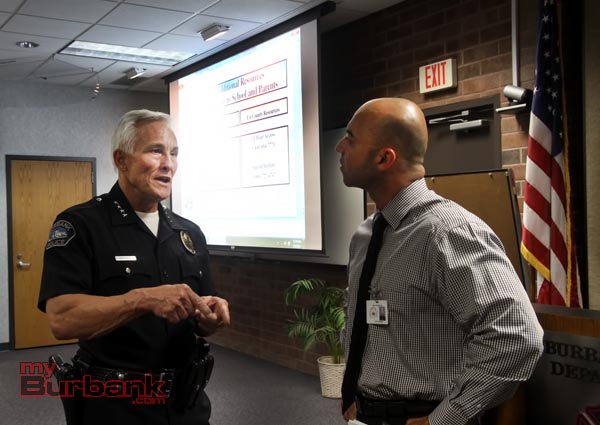 Burbank Traffic Lt. Jay Hawver spoke to the group on what to expect from Burbank Traffic Officers the first week of schools with plenty of additional enforcement at every site.

The 3 hour presentation ended with questions for Police Officials and a closing from Chief Scott LaChasse, who wanted the principals and Administrators to know they are ready for any type of situation and asked them to call if any questions arise. 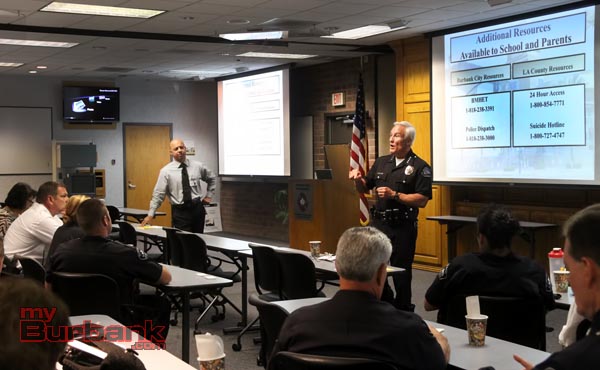 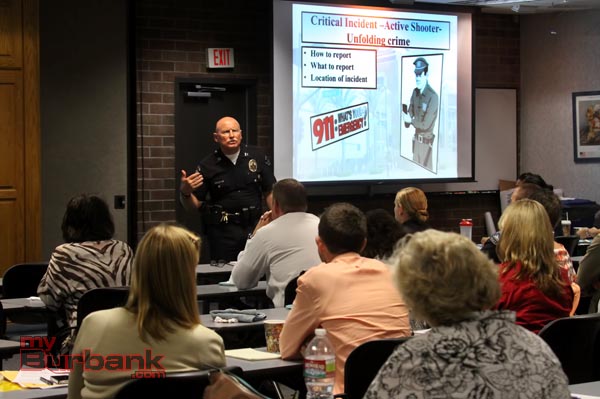 Burbank Police Patrol Captain Mike Albanese gives teachers and principals what to expect at the scene during and following any type incident. (Photo by Ross A. Benson) 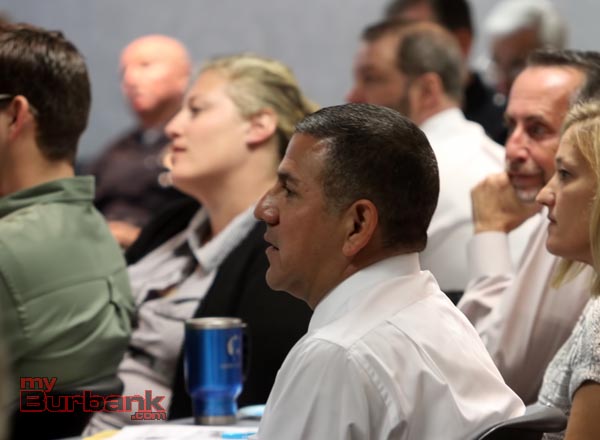