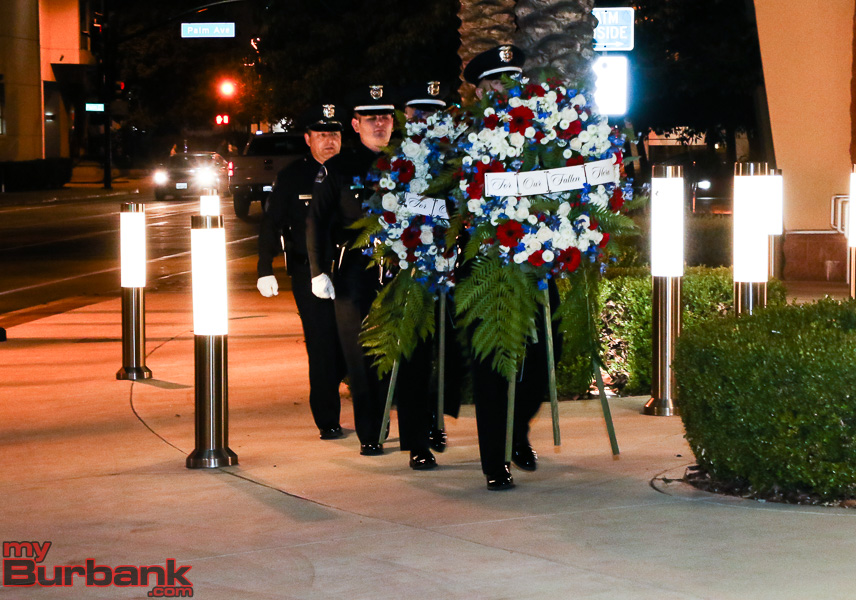 Burbank Police Honor Guard placing a wreath at the base of the guardian. ( Photo by Ross A Benson)

Today marks the anniversary of BPD Fallen Officer Matthew Pavelka, End of Watch, November 15, 2003.   Matthew Pavelka was appointed as an officer for the City of Burbank on August 5, 2002. 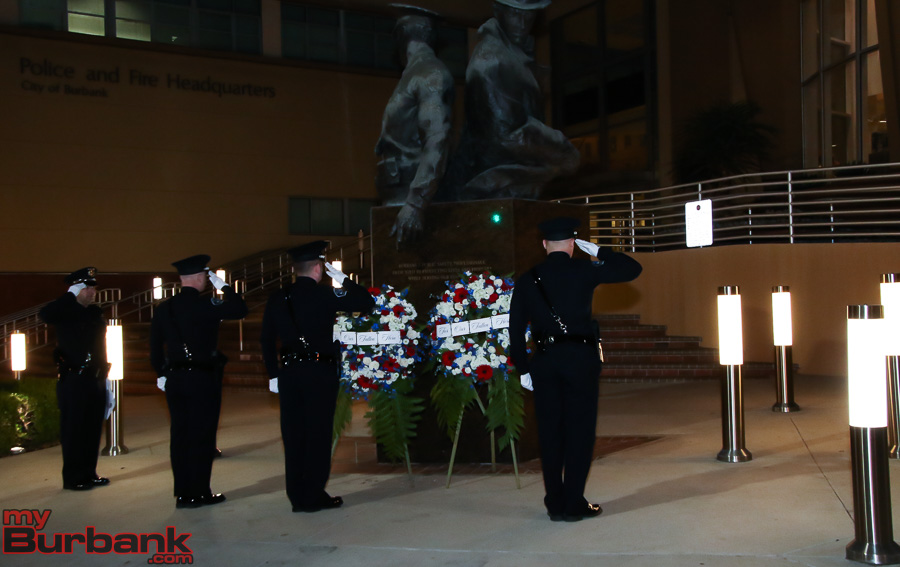