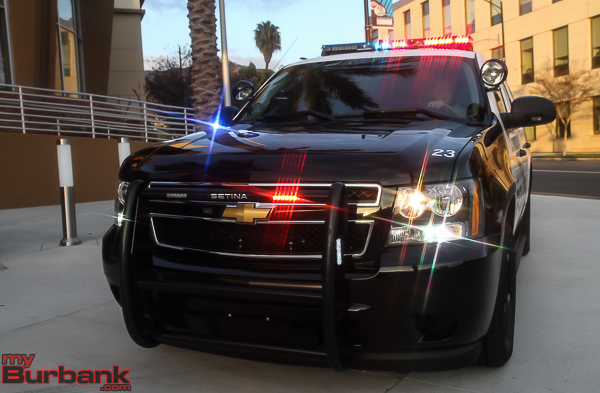 On Sunday, November 6, at about 8:55 pm, a Burbank resident returned to her home in the 700 block of Andover Drive to find a man standing in her attached garage.  She confronted the person who then ran away.  He then Burbank Police to report the circumstances, last seeing the man in the area of Glenoaks Blvd. and Andover Drive.

Responding officers contacted a man fitting the suspect’s description nearby, who was later identified as, 20 year-old Pacoima resident, Leonel Reyes Chavez.  A search of Chavez revealed he was in possession of an external computer hard drive with the resident’s name and phone number written on it.

The resident was able to positively identify Chavez as the person she found in her garage.

Chavez was arrested and booked into the Burbank City Jail.  He has since been charged with one count of first degree residential burglary and was due to be arraigned this morning in the Burbank Branch of the Los Angeles Superior Court.

Burbank Police wants to remind residents to always lock their doors and windows, even on garages and other outbuildings on their property.  In addition, please consider programming the Department’s direct phone number into your cellular phone as calling 911 from your cell doesn’t guarantee you’ll reach the Burbank Police immediately.