Burbank K-9 Officer John Embleton was on routine patrol in the area of the Ramada Inn, near Buena Vista Street and San Fernando Boulevard, when he spotted a silver Mercedes-Benz run a red light, traveling at an excessive speed over 80 MPH on Buena Vista Street. 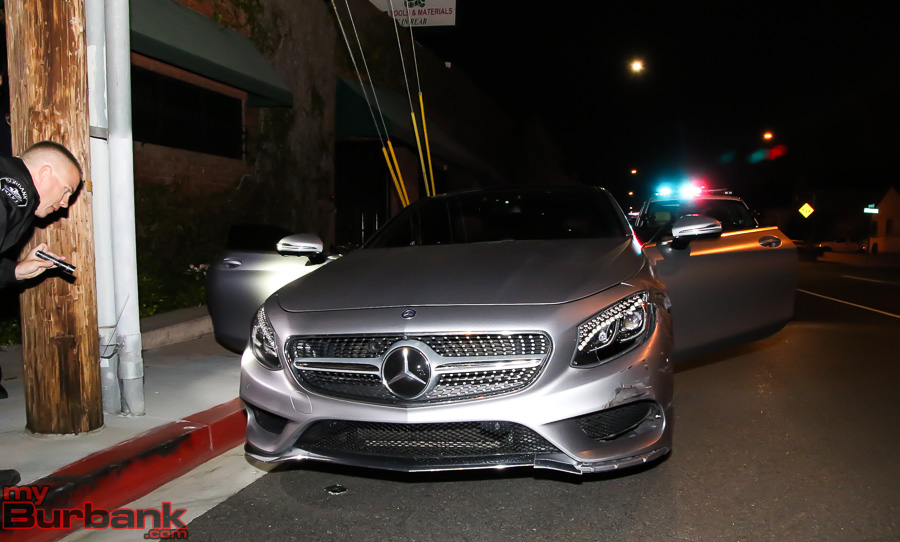 The car had evidence of recent accident damage, which is still being investigated.

As his car was impounded and being loaded onto a tow truck, the driver was allowed to walk home. 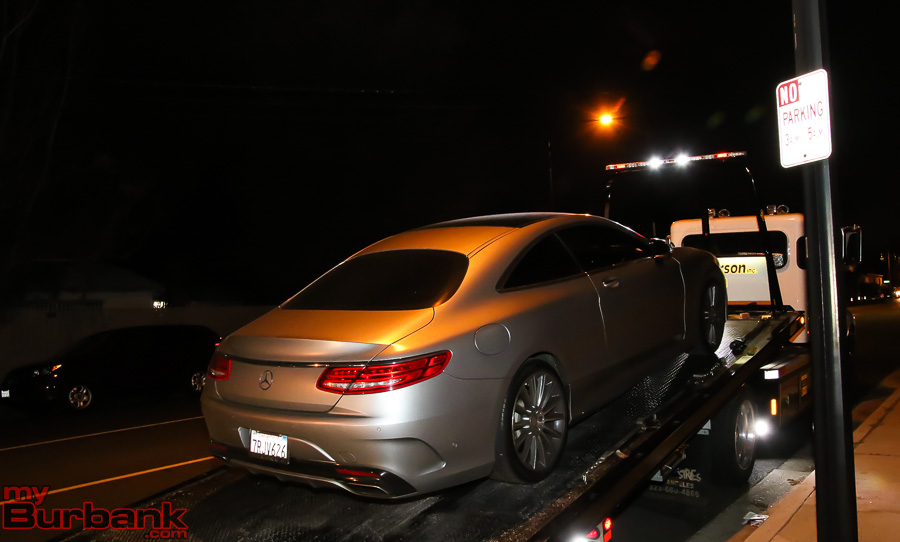