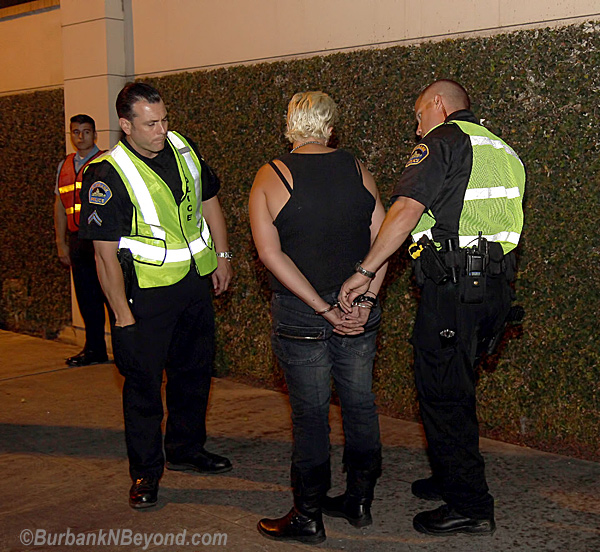 “RUOK?,” is the wrong message to send this holiday season.

As you celebrate the holiday season, enjoying traditions, food, family and fun, be reminded that the Burbank Police Department, together with police, sheriff, CHP, and the Avoid the 100 DUI Taskforce, will be working during the holiday season, from December 16, 2011, to January 2, 2012, to arrest anyone caught behind the wheel, driving drunk.   The Burbank Police Department will conduct a DUI checkpoint on Saturday, December 17, 2011, as part of its commitment to the traffic safety campaign.

RUOK, is the text message version of the often-heard question, “Are you okay to drive?”  If you have to ask someone the question, you already know the answer. You know he/she has had too much to drink or is showing signs of being, ‘buzzed’.   You know that he/she is not okay to drive. Asking the question doesn’t relieve you of the responsibility.   Call them a cab, take them home yourself, or offer your couch.

DUI checkpoints, multi-agency DUI task force deployments, and roving DUI patrols are scheduled locally, in partnership with law enforcement statewide and around the country, during the Winter Holiday Anti-DUI Campaign.   DUI checkpoints are placed in locations that have the greatest opportunity for achieving drunk and drugged driving deterrence. Officers will be contacting drivers passing through the checkpoint for signs of alcohol and/or drug impairment. Grant funded drug recognition experts will be staffing many of the checkpoints.

DUI checkpoints, along with regularly scheduled high visibility DUI enforcement, are proven strategies toward achieving the goal of removing impaired drivers from the road and heightening awareness of the dangers of driving under the influence of drugs and alcohol. Burbank PD has two additional DUI-focused operations scheduled throughout the course of the next year.

“There is no holiday cheer behind the bars of a jail cell, contemplating how your actions have injured another person,”  Lt.Puglisi said. “Don’t let your 2011 holiday season end in an arrest or, worse, death. Remember, whether you’ve had way too many or just one too many, it’s not worth the risk.”

In December 2009, there were 753 people killed nationwide in crashes that involved drivers or motorcycle riders with blood alcohol concentrations of .08 blood alcohol content. In California alone, 57 individuals died on the states streets and highways.

“The message is simple. Drive Sober or Get Pulled Over. Drinking alcohol and driving do not mix. If you plan to consume alcohol, you should also plan not to get behind the wheel of a vehicle or ride a motorcycle,”  said Lt. Puglisi.

The Burbank Police Department recommends these simple tips for a safe holiday season:

The national Drive Sober or Get Pulled Over crackdown is led by the California Office of Traffic Safety (OTS) and NHTSA, with the California Avoid DUI Task Force Campaign, combining high-visibility enforcement and heightened public awareness through publicity.

For statewide and local Avoid DUI Task Force Campaign enforcement schedules and daily DUI Arrest/Fatal statistics for the county and region, visit www.californiaavoid.org. The Program is funded by the California Office of Traffic Safety, who reminds everyone to please – Report Drunk Drivers – Call 9-1-1!