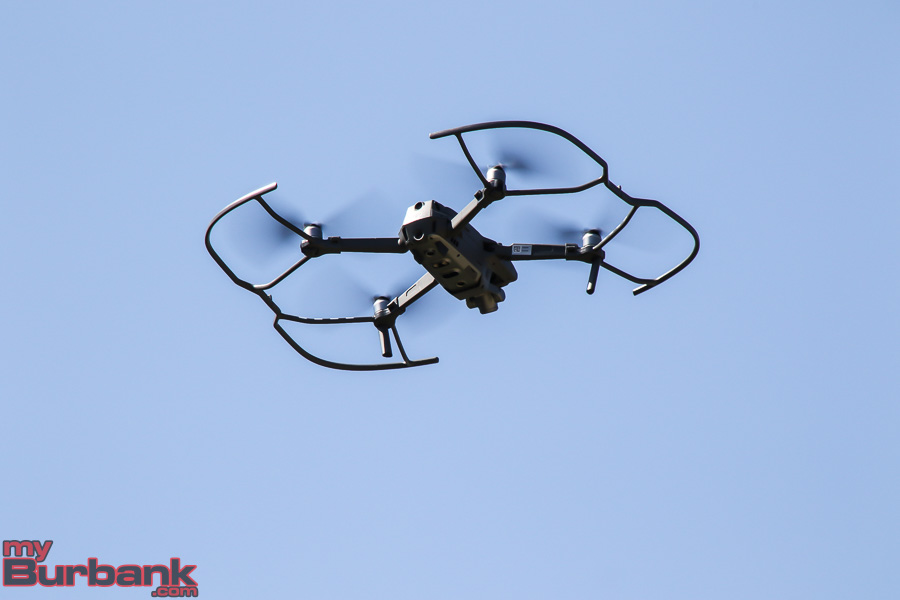 The drone is a DJI Mavic P and is flown by one of six FAA certified and licensed operators, all of whom are sworn Burbank police officers. These six are the only personnel authorized to operate the drones. Police believe this model is a good, cost-effective entry-level drone and has been widely used by law enforcement agencies across the country. 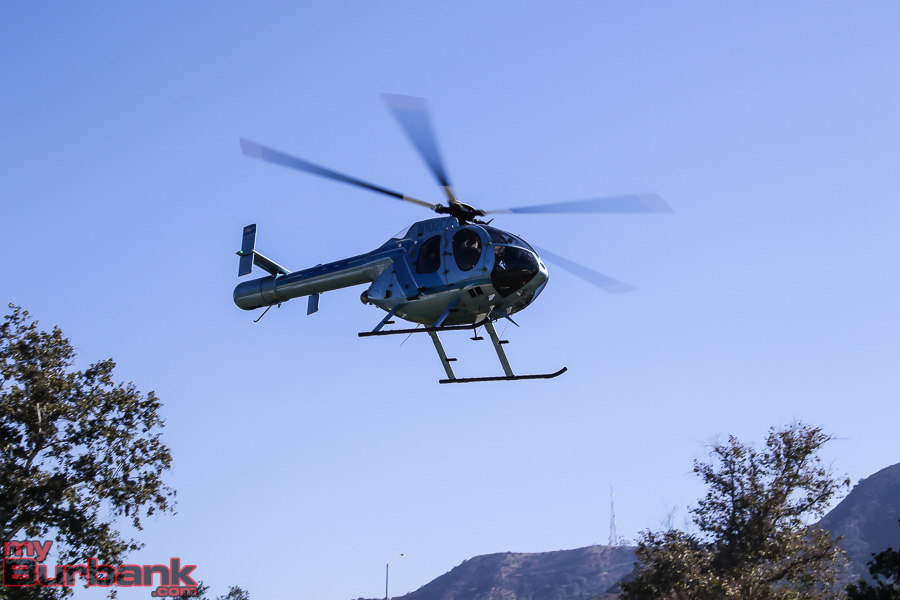 The drone program is in no way a replacement to our current air support operations (helicopter program), but rather, serves to supplement the helicopter and is a cost-effective alternative for small scale missions and operations.”

Burbank’s drone has already been launched on two missions. Both times it was used to capture aerial footage at two intersections where major serious traffic accidents had occurred.

While the use of a drone has in some instances been controversial, Green says that so far all the feedback from the public has been positive.

Police also do not take the use of the drone lightly and have set up several safeguards to make sure it is only used in the appropriate situations. At this time, only the Drone Program Manager, Burbank Police Captain Armen Dermenjian can authorize the use of the drone unless there is an emergency situation at which time the Watch Commander may authorize its deployment.

“The drone could be deployed during critical incidents, disasters or calamities (brush fires, earthquakes, floods, etc.), during active K-9 searches, search and rescue operations, crime scene investigations, or structure fires. We will not be deploying the drone for any surveillance operations,” said Green.

While the FAA says the public may personally operate a drone without a license, there are still limitations and recently private citizen drones have been seen in areas where firefighters are battling brush fires. Once a drone is seen during a brush fire, firefighters are forced to ground all of their aerial assault until the drone is grounded for the safety of the aircraft.

Burbank’s City Council saw the need to make sure rules and regulations were in place for drone operations when it came to public safety issues and also with the fact of a major airport in the City. The Burbank Police Department has put the Burbank Municipal Code of their website which you can see HERE. 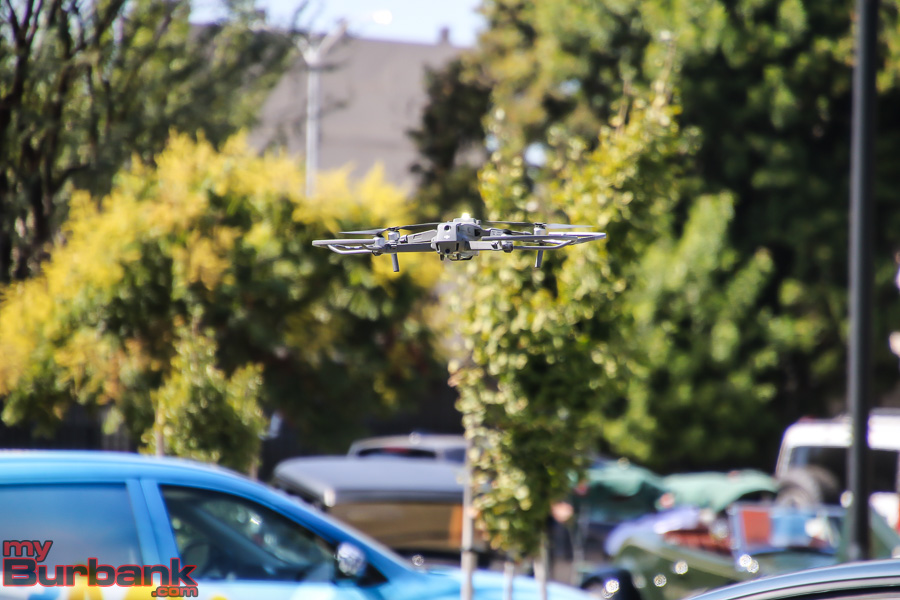 While the six police officers must also adhere to many of the restrictions, Green said, “There are certain exemptions for drones operated by law enforcement that are mostly applicable during emergency operations or critical missions, and most exemptions pertain to FAA rules and notification requirements.”

While Burbank’s drone is only a tool to help in extreme circumstances and investigations, it is not an attempt to spy on the public with many safeguards in place. It is a new technology that can help the department as we continue to progress into new technologies.