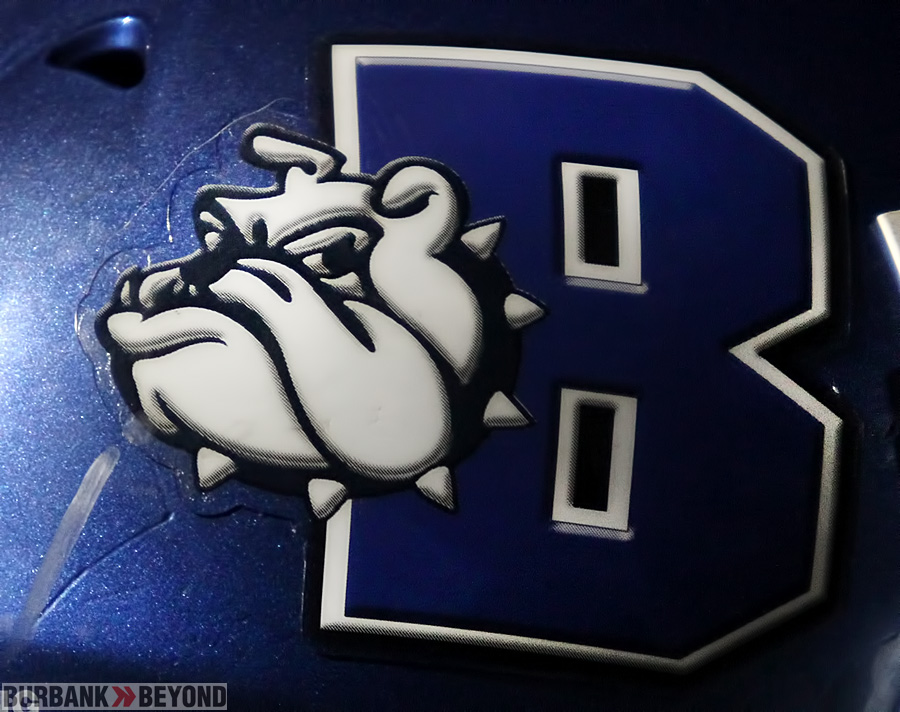 It didn’t matter if it was James Williams, Teddy Arlington or Joseph Pendleton.

Whenever one from the trio of Burbank High running backs touched the ball Thursday night the odds were quite good that something special was going to happen.

Williams, Arlington and Pendleton combined to rush for 448 yards and seven touchdowns on just 20 carries in a 56-10 Pacific League victory over host Glendale at Moyse Field.

“Everyone was blocking well for each other,” Arlington said. “We did our thing and ran as fast as we could.”

The win helped Burbank (6-3, 5-1) strengthen its position as the second place team in the Pacific League heading into next week’s showdown with rival Burroughs.

Williams had just four carries for 194 yards. Three of his four carries ended in the end zone. He scored on runs of 64, 51 and 62 yards. He did not play in the second half after his 62-yard run ended the first half to put the Bulldogs up 35-3 at the intermission.

“My coach told me I was a few yards away from getting 200, but they didn’t want me to get hurt,” Williams said.

The sophomore said having an extra day to prepare for Burroughs is very important for the Bulldogs.

“My hamstring might hurt a little bit so this extra day will help me get ready for next week,” Williams added.

“If I would have known, in the second half I might have given him one or two carries to reward him for all the hard work he does in practice,” Valencia said.

The Burbank coach was happy with how his team looked.

“It was a good game on all cylinders. Everyone did their job,” Valencia said. “Our kids were ready to go today.”

With the Burroughs game next week followed by the CIF playoffs, Valencia stressed staying injury free.

“I wanted to make sure our kids stayed healthy. We didn’t want anyone running and just jumping on a pile,” he said. “I also wanted to show respect to them (Glendale). It’s not about running up the score. We scored with our backups and people playing out of position.”

Arlington, a senior, had eight carries for 141 yards and one touchdown.

Pendleton, a junior, also carried eight times. He had 113 yards and three touchdowns.

The Bulldogs also got a 13-yard rushing touchdown from junior Martin Caro.

Sophomore quarterback Ryan Meredith returned to action a week after being knocked out of the game by Muir. Because Burbank’s run game was doing so well, he attempted just two passes. Both were incomplete.

BHS led 14-0 at the end of the first quarter. Glendale (2-7, 1-5) got as close as 14-3 in the second quarter following a field goal. However the Bulldogs countered with a touchdown less than 30 seconds later and the rout was on.

Burbank will play Burroughs next Friday night in the “Big Game” at 7 p.m. at Memorial Field. Playoff implications will be on the line for both teams including being crowned “City Champion.”