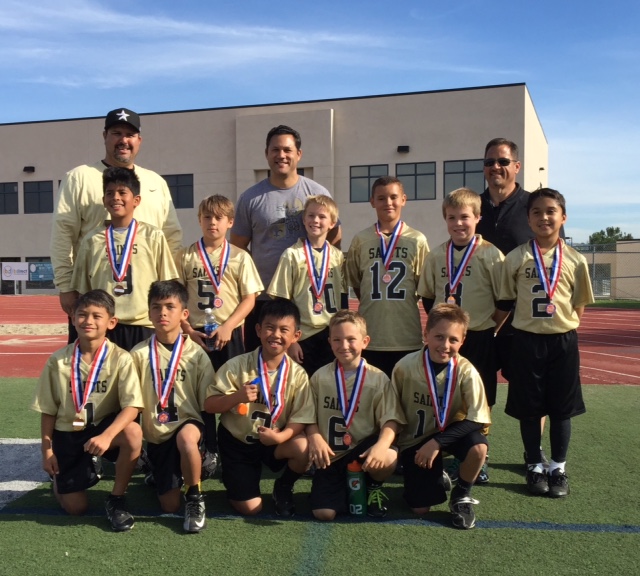 The Burbank Saints were crowned the “C” Division Consolation Champions of the 2014 SCMAF (Southern California Municipal Athletic Federation) Championships.  The tournament was held at Trabuco Hills High School in Mission Viejo on December 6 and 7.

The Saints are coached by Steven Hubbell, Chris Hernandez and George Robinson.  The Saints dominated the Burbank League with a 15-0-1 record and then advanced to the regional SCMAF tournament in Azusa where they came in 3rd with a 2-1 record.

Congratulations to our Burbank Saints!