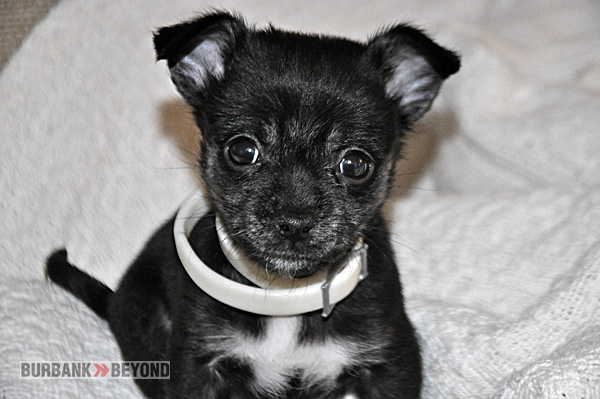 As of January 2013 there is only one remaining pet store selling puppies in Burbank.  That is Peggy Woods Pet Emporium.  Another pet store, Millennium Pets, stopped selling puppies in 2012, although they still sell birds, reptiles, and pet supplies.

Interviews with pet store owners, including Ira Lippman from Peggy Woods Pet Emporium and Vahe from Millennium Pets indicates animals rights groups, including BurbankCROPS and Best Friends Animal Society have put tremendous pressure on their operations, with frequent visits by members who informally inspect their facilities, subjectively documenting conditions within the facility for use in either discrediting or exposing violations within the shop.

Other pet store owners, including Anne Gaffney at Pet Haven, insist pet stores can do just fine without selling puppies, and the number of rescues available, or dogs from local breeders eliminate the need for pet stores to ship in puppies from puppy mills in the Mid-West.

As Peggy Woods Pet Emporium is the last pet store in Burbank selling puppies, Ira Lippman has the most to lose from any city council decision that may prevent sales of puppies at pet stores in Burbank.  BurbankNBeyond did an extended interview with Lippman to get a better perspective on his position regarding the issue of puppy sales, puppy mills, and the motivation of animal rights groups which oppse his business model.

BurbankNBeyond:  Why do you think this whole issue came up?

Ira Lippman:  There are a number of reasons.  One, there is a national issue with some of the humane groups that just don’t want puppies to be sold.  They just don’t feel that animals should be sold.

So they use many tactics.  The one that’s carrying this is the Best Friends Group. And they (animal rights groups) are doing it state by state, local by local, to stop the sale of puppies.  They go to communities without pet stores and go to communities with little resistance and get the city councils to pass ordinances just to stop the sale of puppies.

They have their own agenda in that they do (pet) adoptions.  And they bring animals from other places to find homes in these communities.

Our Burbank shelter does not have excess animals.  We don’t have a problem in Burbank.  They (Burbank Animal Shelter) “lottery” animals, so people (who want to adopt) are often disappointed.

We feel people deserve to have a choice in where they get their pet.

BurbankNBeyond:  So an organization like Best Friends,  are they saying that if I want a husky puppy, that I don’t have the right to purchase a husky puppy?

They do a service that is a nice service, but not everyone wants to get an adopted animal.  There are differences of opinions.

When you raise a puppy in your home it develops the fabric of your family, its personality, the characteristics that it has.

BurbankNBeyond:  But what about the high numbers of animals being euthanized, over population, those issues raised by the animal rights groups?

Ira Lippman:  They (animals rights groups) blame this over-population on the pet stores.   Our puppies never end up in the shelters.  They (regulators) know where our puppies go.  We are not the problem.

BurbankNBeyond:  Is there anything nefarious about  the animal rights groups?

Ira Lippman:  I don’t  like the idea they don’t want me to be in business.    They are part of this greater idea that people shouldn’t be able to buy pets.  They challenge pet ownership.  They feel people should just adopt them.

I’m OK with adoption.  We support a lot of adoptions.  I think it is a really nice thing.  But why shouldn’t we have choice?  In America we deserve choice.

If people don’t want to buy a puppy it’s OK.

We are part of the community.  We provide programs for middle school kids to come and get service hours to walk puppies and learn to take care of them and socialize them.

BurbankNBeyond:  What about puppy mills?

Ira Lippman:  It’s an emotional issue.  This whole puppy mill issue.  I don’t support puppy mills.  They are substandard breeders.  Many of our dogs and cats (that we sell) come from our community.  We don’t just get our puppies from professional breeders, we also get them from local community members.  We provide a service to find a home for puppies they have.

BurbankNBeyond:  What do they get out of it?

So what happens when you take away a legal vehicle for people to buy something?  You go underground.  There are huge Internet and street corner sales of puppies.  The people want to have a pet, and if you don’t have a vehicle for them to buy it they find it somewhere else.  There will always be a source.

Those groups are not regulated at all.  The adoption organizations also have no regulations at all.  None.

All the state and local laws are exempted to the adoption groups.

We (pet store owners and professional breeders) are a highly regulated industry.  For example in California we have the Polanco Act.  We abide by it fully.

The Lockyer-Polanco-Farr Pet Protection Act requires pet dealers (i.e., retail sellers of more than 50 dogs or cats in the previous year; not including animal shelters and humane societies) to have a permit, maintain certain health and safety standards for their animals, sell only healthy animals, and provide written spay-neuter, health, animal history and other information and disclosures to pet buyers.

Burbank Animal Control does a monthly inspection visit to the store, and we abide by all laws and regulations.  We don’t have a problem.

BurbankNBeyond:  Where do you think this is going to go in Burbank?

Ira Lippman:  I don’t know.  They are very, very vigilant group that are backing this policy.  They go from town to town, they are a profession, they have huge budgets to make this happen.  They rally up the people, put pressure on the council people, and people get emotional about it.

But we don’t have a problem in Burbank.  And I try to explain, “why chase business away from Burbank?”

We (pet shop owners) are not causing the over-abundance of animals in the pet shelters.  Again we are highly regulated.  Even as much as how we keep the animals in our store.  How we sell them, where they come from – everybody know the parents, what their birth dates were – those things have to be (on a )5 page document with a written guarantee.  At least three veterinarians have seen that dog before it ever goes home.

The puppies come (to us) in a beautifully outfitted transportation facility (provided by Hunte Corporation).  They are all independently housed and they have a controlled environment.  They have 24 hour care.  They drive straight through from wherever they are coming from (Hunte’s distribution facility is in Goodman, MO).

Their facility, you can see it online, is beautiful.

I believe Hunte wrote a letter to every city council person and invited them to come see their facilities.  And for them to base their decisions on facts.  These groups (animal rights groups) don’t let facts get in their way.

They are really savvy.  They have training in warfare. They’re good at what they do.  I understand that.

BurbankNBeyond:  What do you expect from the upcoming debate at the city council meeting?

Ira Lippman:  We are hoping the council makes their decision based on factual information

Lippman claims they do not buy puppies from mills.  He noted staff from his store had visited breeders, visited the Hunte Corporation, and were satisfied both were providing a safe and healthy environment for puppies.  In addition, he has the ability to view and select puppies online through the Hunte website, ordering only those animals which meet the following criteria:

If they find an animal that is provided by a breeder which is not on their “approved” list, they will go through the USDA website and check for compliance or violations prior to placing an order.

BurbankNBeyond:  Do you ever procure puppies from local sources?

Ira Lippman:  Yes.  In the past 60 days we have offered puppies from at least five different litters, including a St. Bernard litter and a Maltese litter.

Lippman continues that it is not always possible to get the breeds needed for their customers via local breeders, and thus they need to go to a company such as Hunte to procure the animals ordered by local customers.

BurbankNBeyond:  If we acknowledge the reality of dogs being euthanized in shelters, and the reality of abuses in puppy mills, what should we, as an American society do to solve this problem?

Ira Lippman:  Of course we need to start spaying and neutering our pets.  The trend nationwide is a reduction of animal euthanasia due to better public awareness of the need to spay and neuter animals, and eliminate unwanted litters.

We need to force the federal and state governments to enforce laws regulating breeders.  Puppy mills need to be put out of business.

BurbankNBeyond:  What will happen if the city council determines we should stop the sale of puppies in pet stores?

Ira Lippman:  We will adapt.  However, this is the United States.  Don’t we have the right to have a choice?  This is not only a matter of protecting the interest of animals, they (city council) are also making a decision protecting the rights of the citizens of Burbank.

The Burbank City Council is planning to discuss the pet store issue at an upcoming city council meeting.  The issue is to consider enacting a law or ordinance such as recently enacted in Glendale (Ordinance #5748) which states “no pet store shall display, sell, deliver, offer for sale, barter, auction, give away, or otherwise transfer or dispose of dogs or cats in the City of Glendale on or after the effective date of this Chapter.”

BurbankNBeyond encourages a healthy, open debate on the issue, and for citizens and residents to contact their city council members to inform them of your position, concerns, or recommendations prior to making an decision on the issue of preventing puppy sales in Burbank.

You can contact all Burbank City Council members by email at CityCouncil@ci.burbank.ca.us

Burbank N Beyond welcomes comments from readers.  Please send your comments to jsavageau@burbanknbeyond.com.

Adoptable Pet of the Week: Loki

Adoptable Pet of the Week: Amy