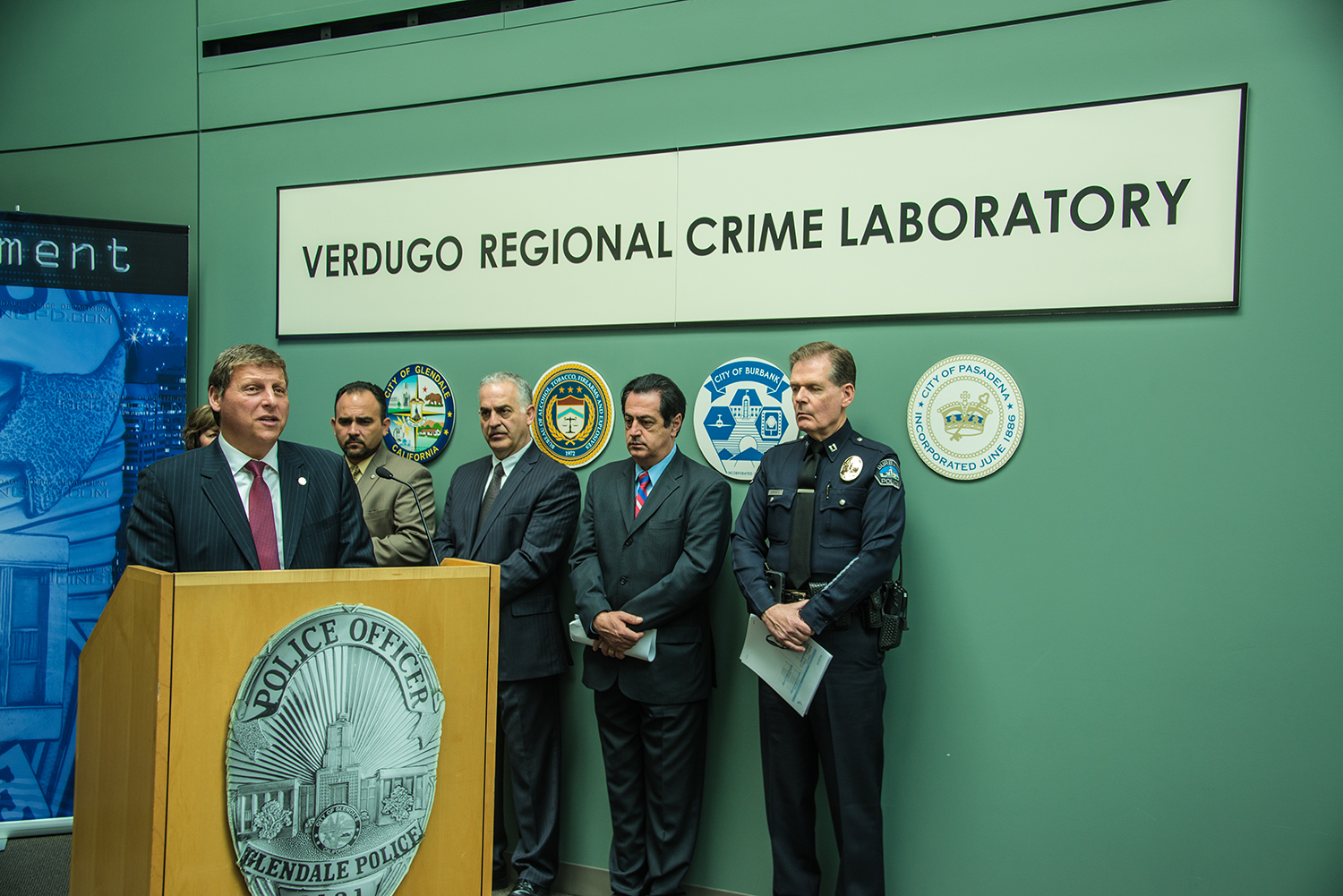 Burbank Mayor David Gordon and Chief of Police Scott LaChasse joined Rep. Adam Schiff (D-CA) and dignitaries from the City of Glendale on Monday morning to celebrate the first year of DNA processing at the Verdugo Regional Crime Laboratory. 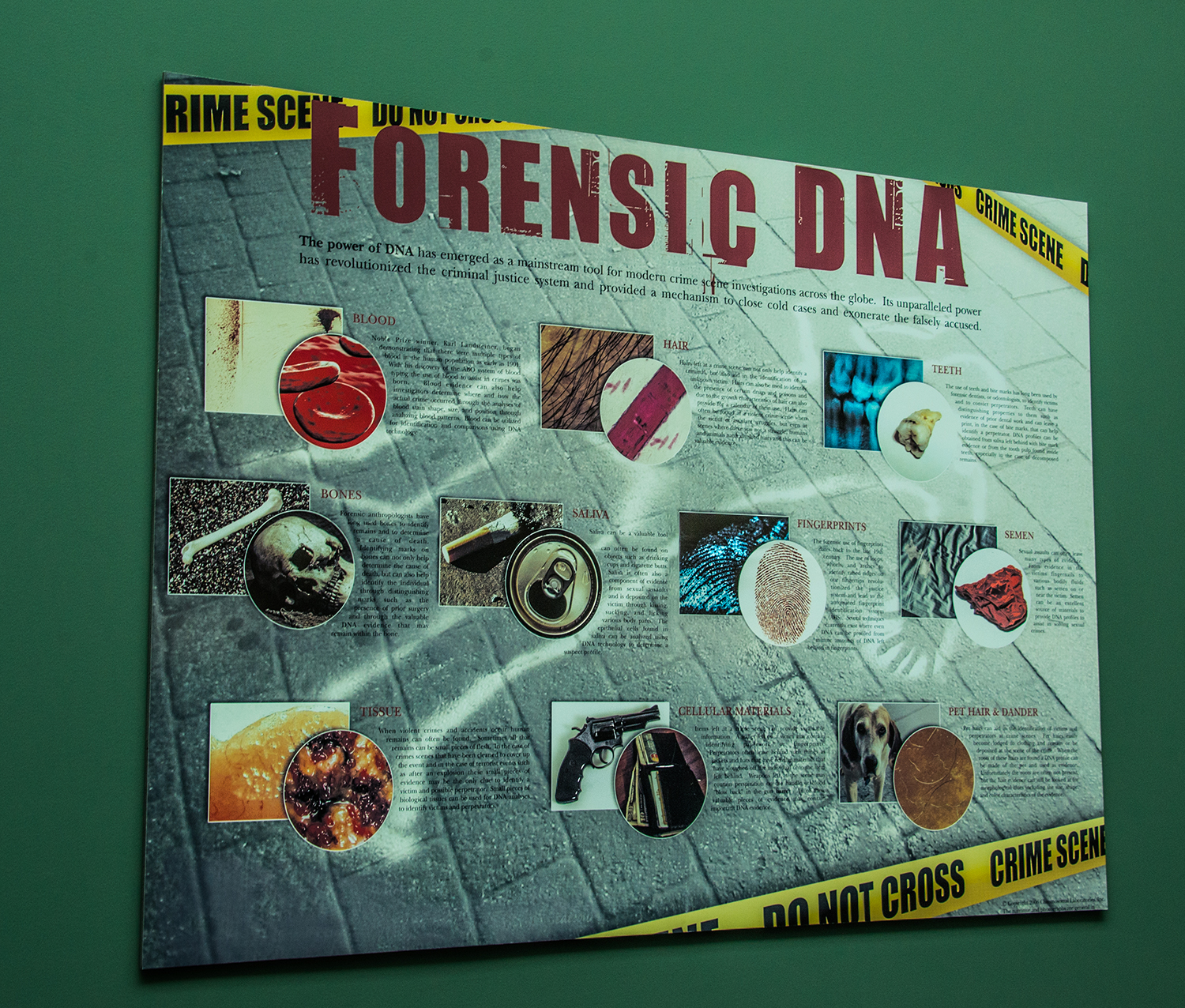 “This (facility) is a force multiplier” noted Chief LaChasse. Glendale Police Chief Robert Castro agreed, stating “The crime lab is a justice lab” which will allow police to more quickly get criminals off the street and into jail. Chief LaChasse also continued that the justice also works in the favor of citizens, “allowing us to vindicate innocent people more quickly when cleared” by DNA evidence.

The crime lab received $1.5 million in federal funding largely due to the efforts of Rep. Schiff, who as a former federal prosecutor fully understood the need for a regional crime lab. According to the Glendale Police, funding was approved by the House of Representatives within the Fiscal Year 2009 Omnibus Appropriate Act. 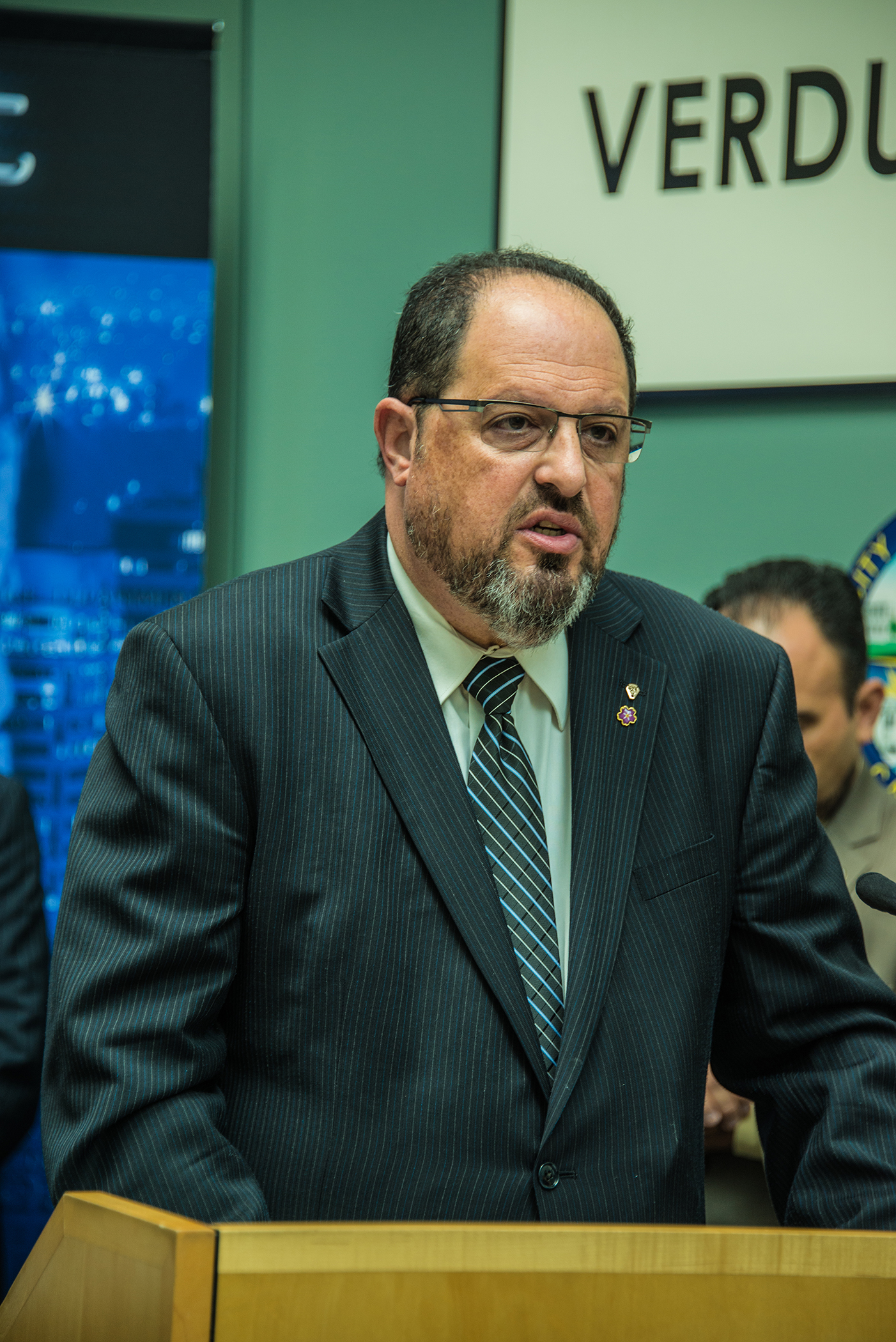 Funding for continued lab operations will initially include contributions from the Community Foundation of the Verdugo’s. According to Michael Cusumano of the Foundation’s Board of Directors, the Foundation was looking for a way to “have a bigger impact on the people we serve in the region of the Verdugo’s.” Cusumano explained following meetings with community leaders, police and fire chiefs, and local businesses to “try and determine who we could partner with in an endeavor that would have the most impact on this community” the Foundation determined this was the best way to support the community.

A Glendale Police press release provided further information that funding for the DNA lab will help prevent the delay of sexual assault exam kit processing, as well as the backlog of other DNA evidence, in addition to securing essential software that will help analysts take advantage of new and emerging DNA analysis technologies.

The Verdugo Regional Crime Lab is now fully accredited to international standards by the American Society of Crime Lab Directors / Laboratory Accreditation Board (ASCLD-LAB). As an accredited lab, the facility has also gained access to the FBI’s Combined DNA Index System (CODIS), which is a national clearing house for DNA profiles contributed from federal, state, and local forensic laboratories.

Burbank Mayor Gordon added “The crime lab is an outstanding example of cooperation between cities and local law enforcement agencies. This will help make our police more effective, and keep our communities safe.”

The Crime Lab currently has capacity to process approximately 1000 DNA samples per month, with a 30 day turn around. Although Glendale PD Deputy Chief Carl Polvilaitis confirmed that for special cases or requirements the lab can turn around samples faster, and with advances in technology, such as robotics, the total number of samples processed each month will increase over time.

Man Injures Officer After Hitting Him with His Car