The Burbank Tournament of Roses Association (BTORA) recently held their Awards Banquet and Installation of Officers and Directors. And the 75-plus attendees had plenty to celebrate. Their 2013 float entry, “Deep Sea Adventures”, had won the coveted Fantasy Trophy.  The sight of two big sea horses pulling a young girl’s fanciful submarine carriage delighted Rose Parade viewers—and later on, Burbank on Parade watchers. (For extensive photos of this and other BTORA floats, please visit www.burbankrosefloat.com.) 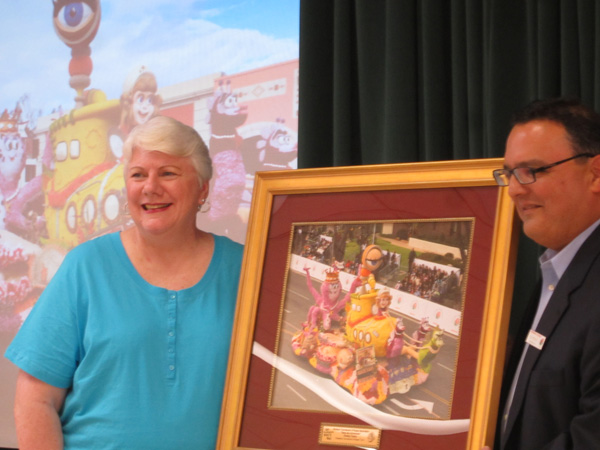 Ed Morales, Tournament of Roses Association (TORA without the “B”) Post Parade Chairperson 2014, was on hand to unveil the Fantasy Trophy, a handsomely mounted photo of the 2013 float. Along with BTORA, the “Deep Sea Aventures” designer Richard Burrow was on hand to receive the kudos. 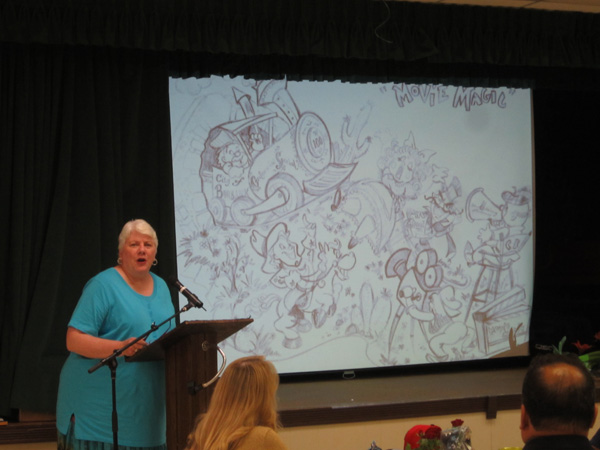 2014 float entry currently titled Movie Magic, and waiting for its colors and materials to be decided, along with the selection of a permanent name (Photo Courtesy BTORA)

Vice-Mayor Emily Gabel Luddy de-installed the 2012 Board of Directors only to re-insatall practically all of them for 2013, including now-2013 BTORA President Ginny Barnett. Onward to the 2014 float!

Throughout the evening, people supported BTORA by purchasing raffle tickets, making silent auction bids, and purchasing DVDs of the 2013 float.

Heather Brown, Chairperson of the Banquet Committee, and her fellow committee members made sure the end of one BTORA year and the beginning of another was marked by an evening of fun and appreciation.

One more thought: Burbank has been making heroic efforts to create and maintain a strong arts program in the public schools. (See myBurbank.com article on the Burbank Arts For All Foundation.) BTORA’s a wonderful example of what people can do when they stay in touch with their inner artist. 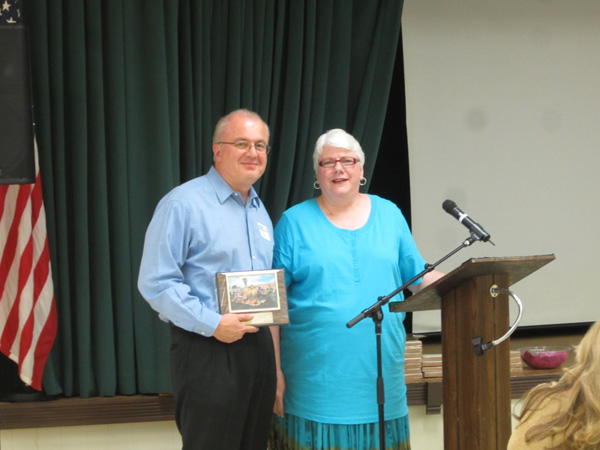 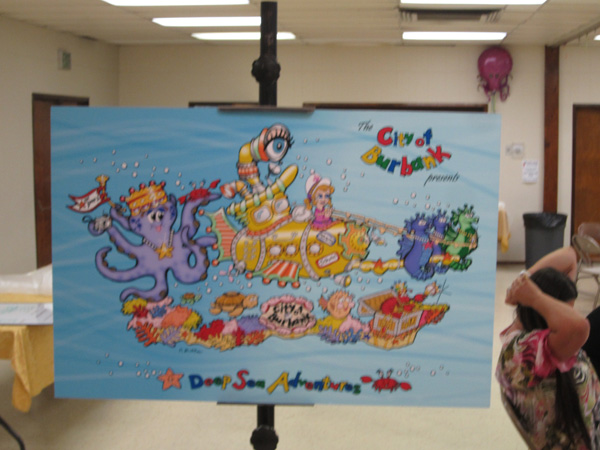