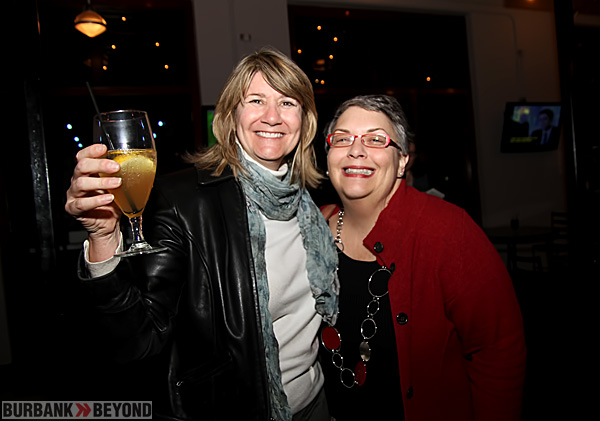 Toasting an Ice Tea City Treasure and Former School Board member Debbie Kukta and Anita Schackman are all smiles with the results looking good for Measure S. (Photo by Ross A. Benson)

At approximately 9:30 p.m. Marsha Ramos, former Burbank Mayor and Chair, Friends of Burbank Schools, declared victory on passing Measure S.  Flanked by supporters, including Councilman-Elect Bob Frutos, Councilman Jesse Talamantes, Vice Mayor Emily Gabel-Luddy, Ramos described the near impossible job of getting Measure S passed exclaiming “we did it on March 5th when nobody said it could be done.”

Measure S, a general obligation bond, will bring $110 million into the Burbank Unified School District for infrastructure upgrades, technology upgrades, and security improvements.  Councilman Talamantes commented the bond measure was important for the city, and simply the “right thing.”

While a growing election party crowd continued to fill the patio at Gordon Biersch, Measure S staff continued to monitor results as posted and available. 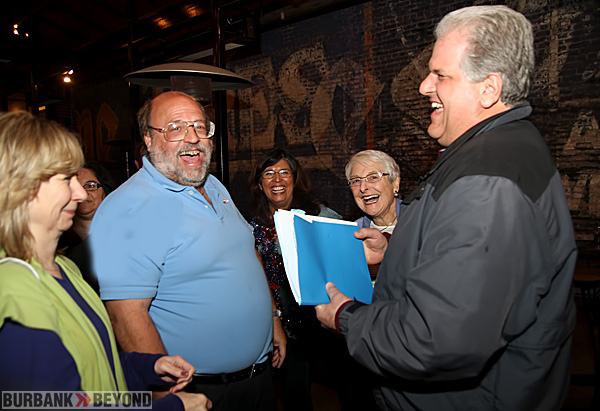 Larry Applebaum, President of the Burbank School Board expressed great satisfaction at the apparent success of Measure S.  Hugging his young daughter, Applebaum beamed that “it is all about them, the children.  This is for them.”

Others in the crowd indicated with better schools their property value would probably appreciate, however most were simply relieved the measure would pass and the quality of education would improve.

Ramos continued thanking individuals and groups by name for their great support, personally greeting each in the crowd and saying a few kind words as the voting results continued to show victory.

With this Measure S election in the books, Burbank will hold the city General Municipal Election for city council and school board members along with another Measure S (this time for Sewer and Refuse assistance) on 9 April.  This will be an all mail election like the primary.