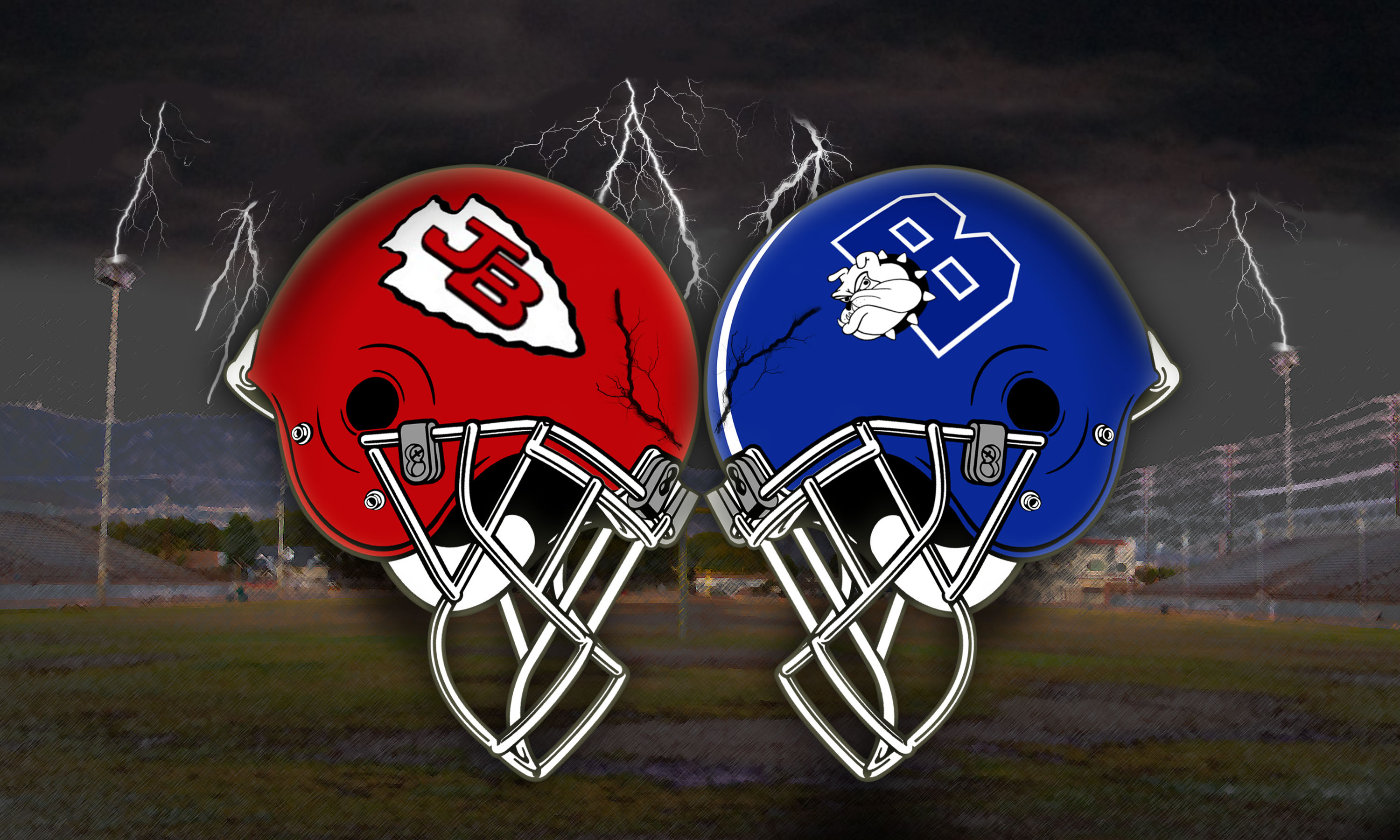 Rivalries are like no other. Especially a cross-town rivalry. They bring out the best in each team.  When both teams hail from the same city, it creates an atmosphere that exudes with enthusiasm, electricity, passion and pure fanaticism.

For one day a year, the “5” freeway separates personalities and egos by a mere 1.87 miles and friendships are put on hold for 48 wild and gut-wrenching minutes.

Loyalty and devotion to their respective schools will be evident as each player, coach, cheerleader, administrator, teacher, trainer, parent, brother, sister, grandpa, grandma, uncle, aunt, cousin and alum gather at a venerable and renovated stadium to see their schools clash for city supremacy and bragging rights for the 64th time.

After 62 meetings at the old Memorial Field with natural grass and last year’s contest held at Arcadia High School while an extreme make-over was going on, this year the “Big Game” is back at the ‘new’ Memorial Field with an artificial grass surface and state of the art amenities.

The game features two talented teams with hopes and dreams to not only be crowned city champions for a year, but for the right to possibly make the postseason. Only the top three teams from the Pacific League gain an automatic berth into the CIF Southeast Division playoffs.

Burroughs (4-5, 4-2 in league) needs to beat Burbank and have a little help from the outside. A Crescenta Valley win against Arcadia (4-5, 4-2 in league) would help the Indians immensely. Even a JBHS win and Arcadia win would force a three-way tie with BHS meaning a coin flip would determine the league’s third and final entry. A loss to Burbank ends the Indians season.

The home team for the 64th edition will be the red-clad, Burroughs Indians. Leading them into battle is Coach Keith Knoop.

“This is not only the biggest game of the year for the city, but this year it is a big game for us because if we don’t pull it off, then we are pretty much done,” said Knoop, who is in his 16th season as head coach. “The only thing we can control is trying to win the game.”

The Burbank Bulldogs will be dressed in their home blue but will be the designated visiting team. Fourth-year coach Hector Valencia will lead his team in search of a playoff berth for the third time in his four seasons.

“This game always has meaning. It has a lot of implications this year. We have to win,” Valencia said. “We told the players that there is nothing else to look forward to if we don’t win this game. This is like a playoff game for us.”

Both teams possess a strong running game and excellent defenses. Quarterback play for both teams has been inconsistent throughout the season.

The winner of this game could very well be determined by special teams and a lack of turnovers. Expect a hard fought game with the victor being determined in the fourth quarter. Who wants it more will be crowned city champion.

Memorial Field will be colorful with blue and red paraphernalia all around the stadium. One city, two teams, one champion.

“It’s a legendary matchup,” Knoop said of the rivalry that he and Valencia competed in as Burbank alum. “Hopefully we can entertain the crowd and make it a good competitive game.”

“They are going to give us their ‘A’ game and their best effort. So will our kids and we are excited about that,” Valencia added.

Rivalry week is here and the “Big Game” will be another instant classic.