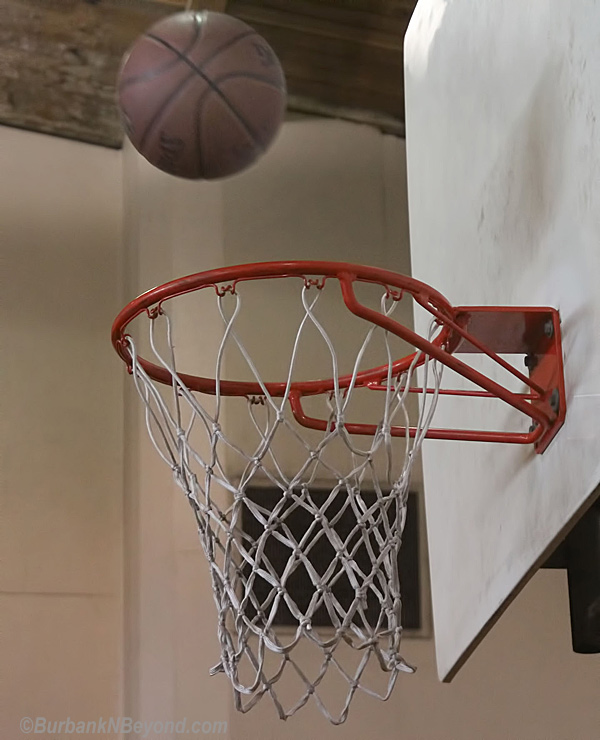 The Verdugo Park Recreation Center buzzed with excited children and hopeful parents on Saturday morning as the Elks kicked off their annual “Hoop Shoot” Free Throw Contest.  34 girls and more than 50 boys from ages 8 to 13 gathered in several age categories to show their form in a best of 25 shot competition.
“I brought my own children here to compete 17 years ago, and brought my granddaughter here for her second competition” said Maureen Shaw, proud grandmother of Memorie Munoz who competed in the 8 and 9 year old girls group.   “It’s great the Elks and City (Burbank) provide so many activities for children,” Shaw continued, “Lots of things to do at the parks, arts and crafts, a great place for children.”

In its 40th year, the “Hoop Shoot” is the largest national activity sponsored by the Elks, attracting more than 3 million kids to the event each year.  Winners at local contests are eligible to compete at district, state, and regional competitions, with the winners participating in the national finals at Springfield, Massachusetts.
With a round of applause, the crowd showed its appreciation of a young girl hefting a large basketball and hitting a basket from 12 feet out.  Winners and other participants were rewarded with warm hugs and pats on the back from proud parents and relatives, and the girls and boys showed each other a lot of mutual respect and sportsmanship.
“I came here because one of my neighbor’s children is competing” offered Lori Wolf, a 50 year Burbank resident.  “It is just fun for me to come and see the kids, as well as support my neighbor families.”

Local high school kids were on hand to offer support to the kids, no doubt little sisters and brothers, or family members of the Elks.  Giving warm smiles and encouragement to even the smallest hoopster, the older kids could not contain their smiles, welling up just a bit when one of the youngsters hit a basket.
According to Dr. George Young, Elks member and organizer of the Hoop Shoot, the competition is designed to build character among the kids, and give a chance to all children regardless of their background or social status.  “The Hoop Shoot doesn’t cost the kids anything, all costs are covered by the Elks Lodge.”
That includes the cost of participating in district, state, and regional competitions – and hopefully bringing another young Burbank athlete to the finals in Springfield.
You can learn more about the national Hoop Shoot Free Throw Contest by visiting the Elks website at www.elks.org, or by contacting the Burbank Elks Lodge 1497 at (818) 848-5508.