Twenty-two kids from the Burbank area have met under the tutelage of Artistic Director Lisa Dyson, Director David Prather, Director Crystal Robbins and Scenic Director Beth Morrison for the past three weeks. 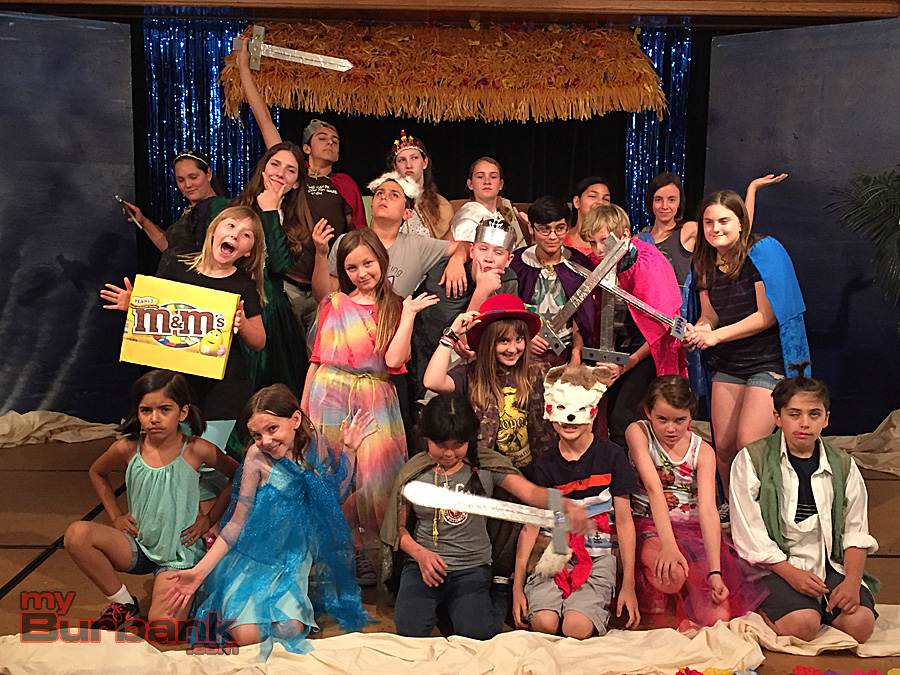 “It was a dark and stormy night… a ruler forced to give up his kingdom… a baby forced to leave her home,” said Dyson as a synopsis of the tale. “Sailors, sprites, heroes, villains, and above all, magic, will surround you!”

“Join us for our eighth season as we adventure on land and sea,” she added. “Come be a part of the action as BYSTI takes on the The Tempest!”

Last year, BYSTI put on Shakespeare’s As You Like It. In 2014, the crew presented A Midsummer Night’s Dream.

Attendees are advised to bring low beach chairs and picnic blankets for more comfortable seating inside the church multi-purpose room.