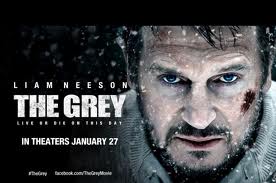 THE GREY stars Liam Neeson and opens in theatres nationwide on Friday, January 27.

THE GREY follows Ottway (Liam Neeson) and a group of Alaskan oil drillers who try to survive in the arctic after their plane crashes and strands them in the wild.

Recently on the “Tonight Show”, Neeson told Jay Leno that “THE GREY” was like Jaws on land.

BurbankNBeyond readers have a great chance to see this feature film on at a special screening on Tuesday, January 24 at the AMC Burbank 16 at 7:30PM.

All readers have to do to attend the screening is go to http://tinyurl.com/7yxcuqo, click Get A Pass, print it off, and bring it to the screening!

Remember, with all screenings there are more passes offered then there are seats available and it is first come, first served, so it is important that you arrive early so that you may get a seat.

Make a night of it and get there early, grab some dinner, and then go see the first big movie of 2012!