Congratulations to the Burbank Tournament of Roses Association who once again has delivered Burbank an award winning float.  The judges were here in Burbank on New Year’s Eve to look over the float for a final time to judge the float.   They bestowed the Fantasy Trophy on the float entitled “Deep Sea Adventure.”   A banner announcing the award proceeded the float as it made it’s way down the parade route New Year’s morning.

The float, along with all the other from the parade, will spend the rest of January 1, as well as th following day, on display at Victory Park in Pasadena for public viewing.  Wednesday night it will make its way back to Burbank under a police escort to the corner of Olive and Glenoaks.  It will be on display for public viewing  in the parking lot across the street from the Central Library,  through  January 6. 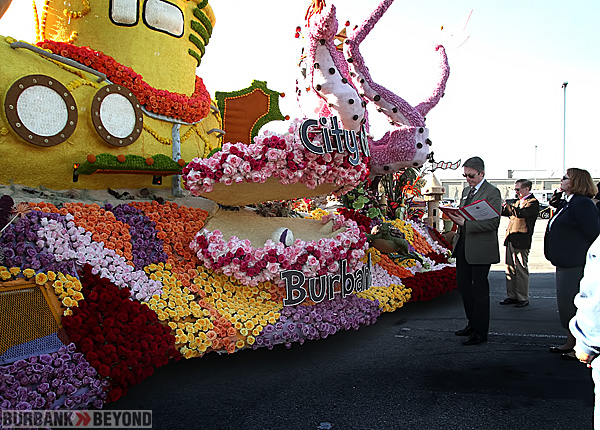 Tournament of Roses Judges made one of their final inspection Monday afternoon, prior to tomorrows 124 Rose Parade. (Photo by Ross A. Benson) 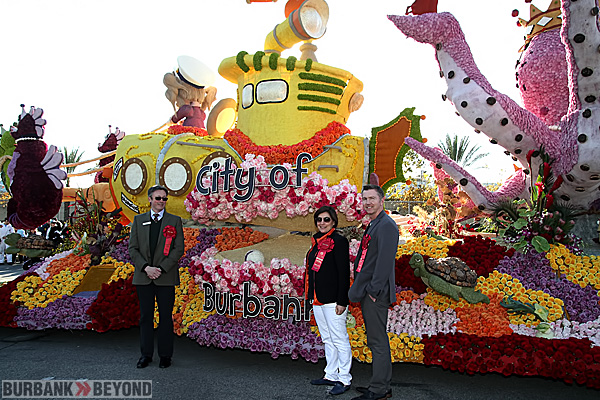 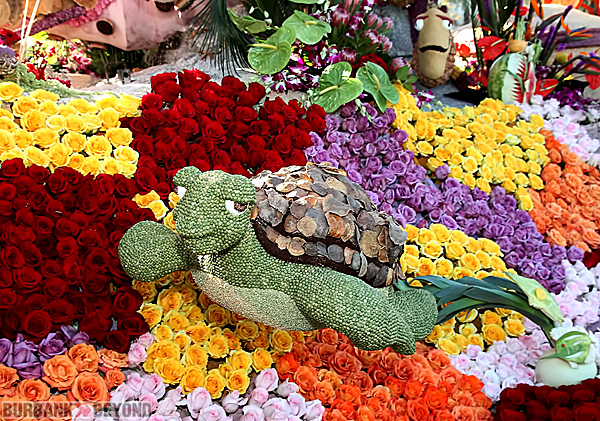 One of three turtles that will ride down Colorado Blvd. (Photo by Ross A. Benson) 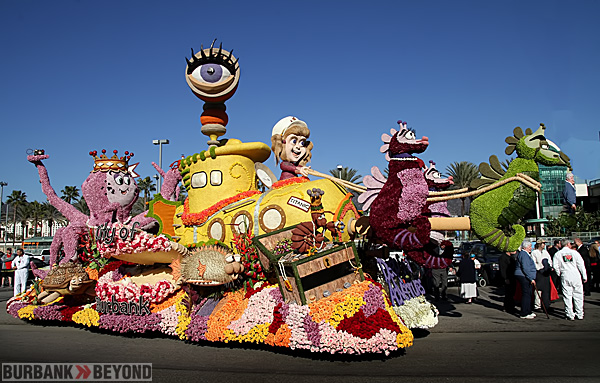 Burbank’s 2013 float entry ‘ Deep Sea Adventure’ is ready for the world to see. (Photo by Ross A. Benson)