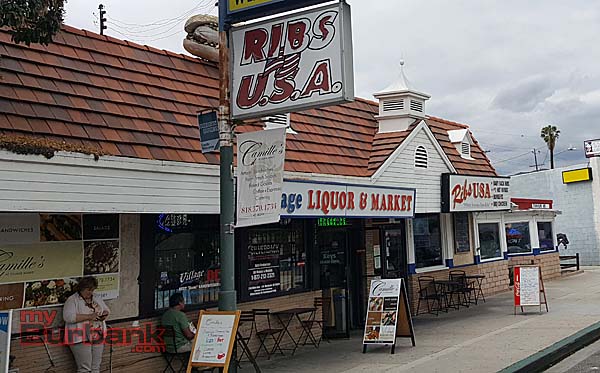 That was our first red flag.

When we walked out at 3:00 pm, not one other customer appeared the entire time. Now not only do we know why, but we can share it with you.

After we sat down, it took about 5 minutes before we even saw a live person. Our server came out (actually a very nice guy) and while he tried to do a good job, just seemed a bit confused – probably confused that someone would actually come in and order food.

I ordered the Angus Classic Burger which was described as 1/3 LB with lettuce, tomatoes, onions, pickles and American cheese and bacon, served on a toasted bun with mayonnaise. I asked for cheddar cheese instead of American and was not asked how I wanted the burger cooked.  I would soon learn why. My server suggested the ‘Backyard Burger and when I looked it was not on the menu which he agreed. No way.

When the burger came, it looked more like a construction project than something that was put together with some love and pride. It also looked like it was ready to fall over.

I started to look at it and had no idea what was going through the cook’s mind when he ‘built’ this. To start with the bun was dry. When I started to try and figure out the rest, I was dumbfounded (yes, I know you always think I must be!).

The kicker, however, was the fact that there was also bacon on top which I had not ordered. In fact, this bacon was extremely under cooked and just kind of sat there in a pile on top.  I added some BBQ sauce that was on the table to help the taste, but that was just hopeful thinking on my part.

This burger was bland and when you took a bite of the cheddar cheese, it tasted like rubber. This was an extremely hard burger to get through but I did it for you guys.  Within 30 seconds the bottom bun was full of grease and starting to self destruct.

So much hope, yet so much disappointment.

Side Notes: We ordered the potato skins as an appetizer and I could not finish even one. It looked like some old bacon sprinkled on top and then thrown in the microwave and extremely greasy. Also tried the cole slaw and it did not seem as though it was made that day. On the other hand, the fries were cooked great and were the highlight of the entire meal.