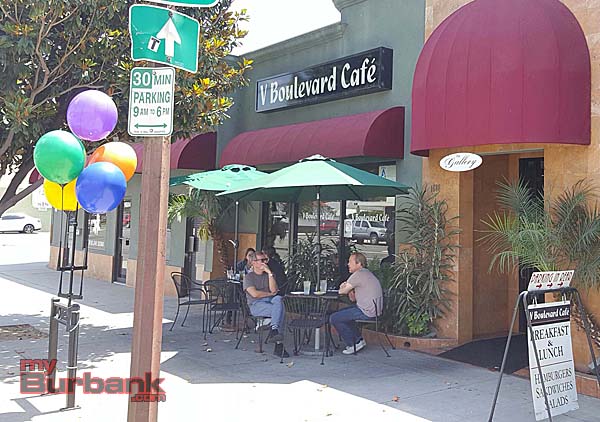 Every once in a while we stray just outside of the border of Burbank (before Trump erects his wall) and jumped over to Glendale. Not too far, just about a quarter mile, to a place I had heard had an outstanding lunch burger, the V Boulevard Cafe.

While it does not attract much attention from the street and it is hard to find parking since the City of Glendale painted a green 30 minute zone on just the entire block, when you walk in the door you find a bustling, small restaurant.

They have a nice coffee and cappuccino bar but we were there for one reason – the burger.

On the menu they have a Kobe Burger, Since Kobe scored 60 points in his final game, you would have to think that this burger would be great.

What do mean it was not named after the former Laker?

Okay, so it’s Kobe Beef, sounds good. Although I remember that Kobe had a lot of beefs near the end of his career…Okay, I will stop. 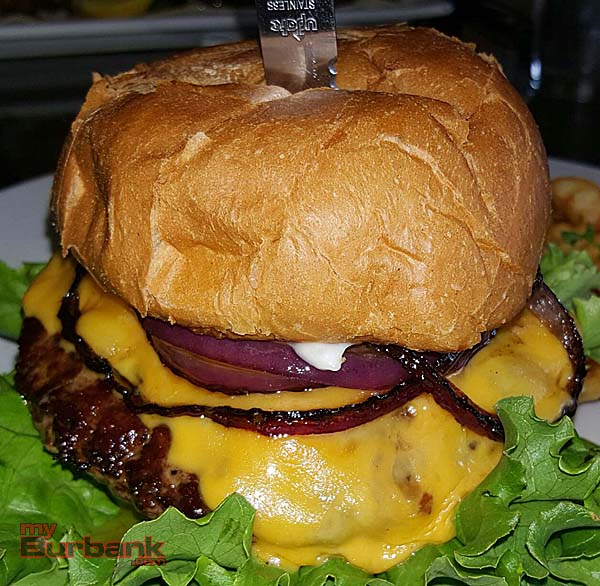 The only thing I changed was the cheese, going with my favorite cheddar cheese instead of the crumbled blue cheese that was listed on the menu.  I would like to come back and try the blue cheese sometime, however, just to see the taste difference.

When it came, it looked great. The cheese was flowing from all side. The burger was already put together between the brioche buns. The top bun had mayo while there was caramelized onion along with tomato and pickles. It also came with a healthy dos of romaine lettuce.  I had to trim off about two thirds of the lettuce. It was fresh, just way too much for a burger.

I was really excited to try the Kobe Beef and I was not disappointed. The first bite in I could taste all of the flavors of the burger, including the hand packed patty that was not only seasoned well, but was dripping juice because it was exactly medium rare as I had ordered.

The patty was larger than the bun all the way around.  I was worried that by the end I would have a mess before I was done but the bun stood up well.  The burger easily filled me up and did not leave me still feeling hungry.  The Kobe Beef was really tasty and you could also taste the quality. 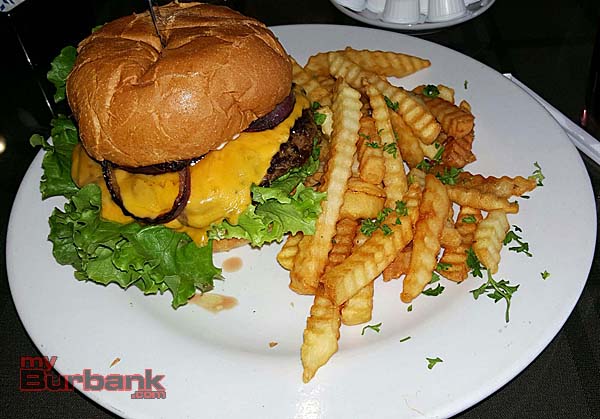 This place is one of those hidden gems that you stumble upon.  It is also a busy little community restaurant so you may have to wait a bit for a table.  It is certainly worth the wait.  All of the food seems fresh and locally sourced.

Side Notes: Tried the cole slaw and while it was freshly made, it just did not have the taste I was looking for.  It was extremely stringy and not real juicy.  I know they made it there, just not what I like which is cool.  The fries came well done but they could have used some seasoning salt instead of parsley. They were cooked right, just with no extra flavor.