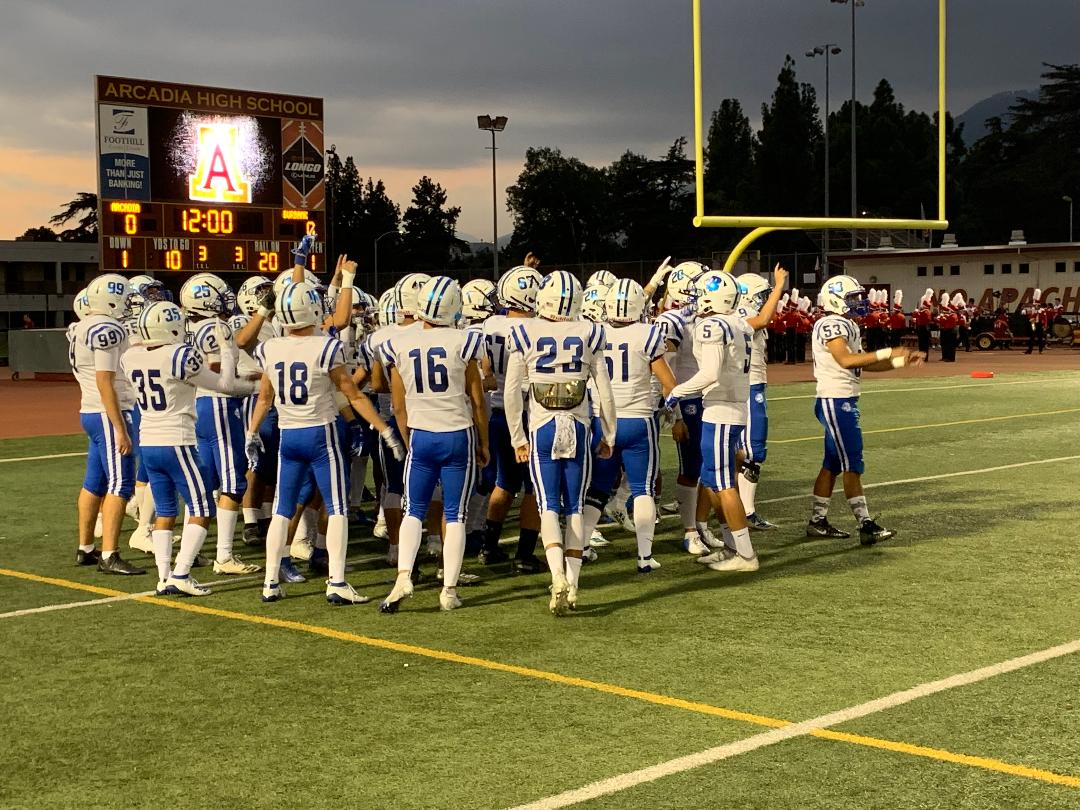 Burbank High senior wide receiver Ben Burnham has played well of late and scored a pair of touchdowns last week in a loss to Hart High.

Thursday night he became the first receiver in school history to gain more than 300 yards in a single game, as he scored three touchdowns in leading the Bulldogs to a 48-7 road win over defending Pacific League champion Arcadia in the league opener.

“I’ve been locked in mentally and I’ve been focused on running my routes. Everything after I catch it just comes naturally,” Burnham said.  “I can’t say enough about my quarterback. He’s a great player, a great teammate, a great leader.”

Having played a tougher schedule in the first half of the season, Araradian has now passed for 1,387 yards in five games.

Burbank (2-3) jumped on Arcadia quickly and was never under any serious threat.

Araradian and Burnham hooked up on a 32-yard touchdown at the 9:58 mark of the first quarter.

An interception by Austin Blacano helped set up Burbank’s second touchdown, a 1-yard run by Isaac Glover with 5:54 left in the first quarter to make it 14-0.

Tyler Murphy scored on a 1-yard run later in the quarter to make it 20-0.

Araradian and Burnham hooked up on an 89-yard touchdown at the 9:11 mark of the second quarter to make it 27-0. Burnham’s single game record broke the previous school record of Cody Cardenaz, who had 209 yards against Pasadena in 2008. 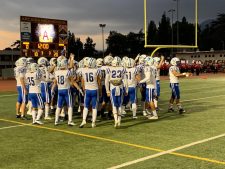 Araradian and Burnham hooked up again with 58 seconds left in the quarter for their third touchdown. Burnham did not play in the fourth quarter.

Burbank’s lone touchdown in the second half came with 7:14 left in the third quarter as Murphy scored on a 9-yard run.

Bulldog coach Adam Colman was pleased with how his team responded from a tough nonleague schedule in which saw some ups and downs.

“It was nice to get on the board quick and to get to play with a lead. We’ve looked back and some of our losses and we said if we get a lead early it’s a whole different complexion. We really emphasized starting strong,” Colman said. “The defense was awesome and helped give us great field position. It’s nice to start off league with a win, especially against the defending league champs.”
Burbank will host Pasadena High next Thursday at Memorial Field.