Burbank Firefighters were called to the 4000 block of Toluca Lake Avenue close to 11:00 p.m. Friday night, February 14, for a reported apartment fire in a bedroom of a fourplex complex. Firefighters arrived on scene and determined that all the residents were safely out of the apartment located on the bottom floor. 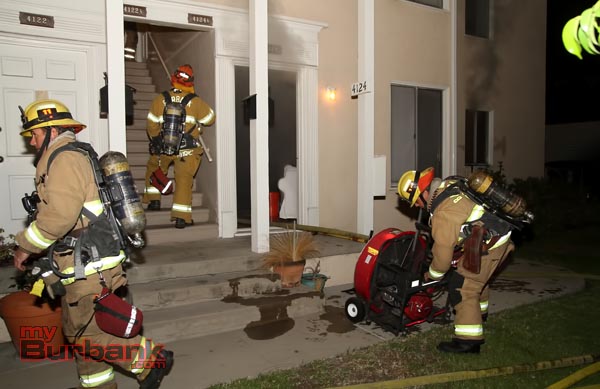 Firefighters entered the smokey apartment and found a small fire near a bedroom entrance. Quick action kept the fire from extending into more of the two-bedroom apartment.

The cause was determined to be a candle burning near some combustible materials hanging near the doorway entrance. 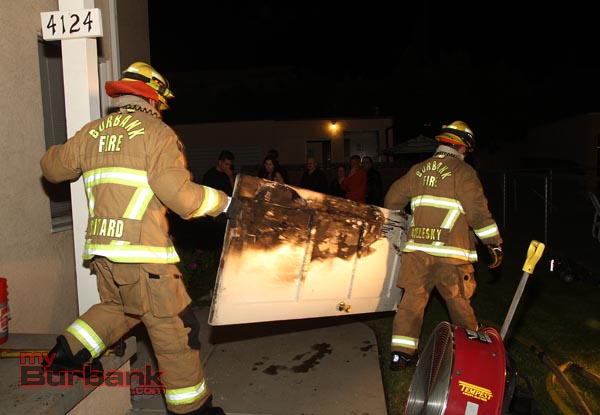 Damage was listed at $7500 of which was $2500 was in contents, including clothes. The fire companies were under the direction of Battalion Chief Jeff Howe and there were no injuries reported. 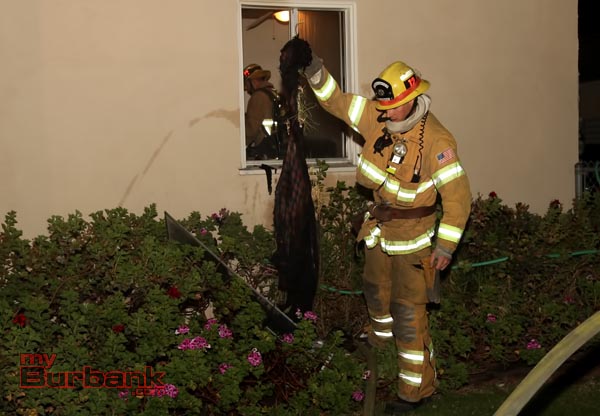