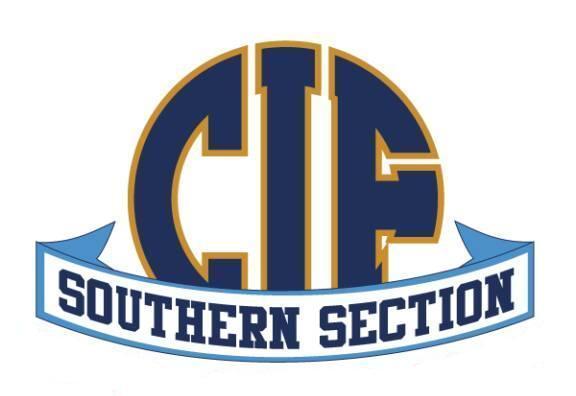 To be recognized as an All-League player is a great honor. To be bestowed as an All-CIF player is simply special. Both Burroughs and Burbank had recipients who made a significant impact upon their team’s success this year in baseball, softball and boys volleyball.

Burroughs baseball rode the arms of pitching standouts Thomas Wilson and Danny Bustos to its first league title since 1997.

“I am very happy for both Danny and Thomas on their All-CIF selections. It is amazing to have a one-two punch like we did this year that no matter who was on the mound, we expected to not only get a great performance, but to also win the game,” Burroughs coach Craig Sherwood said. “To have two pitchers make All-CIF on a team that did not win a title also goes to show just how dominate they were and the respect they have garnered.

“What I think is scary, is that both have still not shown all they have yet and will continue to develop and become stronger. I think Seton Hall got one of the most underrated pitchers and in my opinion it is a crime that four year schools are not breaking down Danny’s door to get him in the fold. They can both dominate.”

Sherwood also gave praise to assistant coach Tony Sandoval who has done a masterful job with the pitching staff since Sherwood’s arrival to Burroughs in fall of 2013.

“I want to give a lot of credit also to our pitching coach guru, Tony Sandoval, who worked with both of these guys to develop them,” said Sherwood. “Our strength has become our pitching and there is no coincidence that Coach Sandoval has a lot to do with that.”

All-CIF players are few and far between nowadays in the ultra-competitive game of baseball. One player resonated in Sherwood’s mind that made a huge impact upon the program nearly 20 years ago.

“I have not seen a turn-around of a team so dramatically at Burroughs since catcher Tim Cates (All-CIF ‘96) roared into the spotlight to dominate the position and game and raise everyone’s levels,” Sherwood said.

The VIBL Indians have continued the winning ways for Burroughs having won six of 10 games thus far this summer.

Burbank won its third consecutive league title behind the incredible exploits of Notre Dame-bound Caitlyn Brooks. She was named the Pacific League player of the year for three straight seasons, an amazing feat in itself.

“It is a well-deserved honor and just validates her career even more. It just goes to show you that hard work and determination pay off,” Burbank coach Mike Delaney said. “Caitlyn has set a new standard for our pitchers to follow.

“Her work ethic has definitely rubbed off on our younger pitchers. They now understand what it takes to be successful. As a coach, it is gratifying to see her pass the torch to our younger players.”

Burroughs clinched a share of its first Pacific League title in three years behind the sparkling play of freshman Presley Miraglia. She led the Indians with a 20-4 record with 119 strikeouts and was a threat at the plate as well with 24 runs batted in.

“I am so proud of Presley and her development as a player and a person. Being one of two freshmen on the All-CIF first team shows how hard it is to make it and how incredible of an honor it is,” Burroughs coach Doug Nicol said. “It is a pretty exclusive club and it did not come without a lot of hard work, dedication, and long hours spent on the softball field.

“It is a very well deserved honor, and the best is yet to come as she has really only scratched the surface of her potential. I am so happy for her.”

The Burroughs boys volleyball team was represented by two players as they rolled to their sixth consecutive league title. Ryan Van Loo and Andrew Dalmada each earned All-CIF honors.

“Ryan did a tremendous job leading our team this year and of finding a way to distribute the sets to the right attackers based on what was happening in the match,” Burroughs coach Joel Brinton said. “For our hitters to rack up the number of kills they did all season, that is a huge credit to Ryan’s volleyball IQ for making that happen and creating those opportunities for them.”

“The hard work and dedication that this kid puts in to making himself better and his teammates better is above and beyond what we could ask for,” Brinton said. “We all believe that he gets this energy that he puts into others back in return, and that was such a key part of his season. Put that together with his amazing performance throughout CIF Playoffs, he was our MVP for the playoffs, and it’s no wonder that he was selected for this honor.”

“Both of these guys do such a great job of representing JBHS volleyball and what we want our program to be about,” said Brinton.

A glaring omission from the All-CIF team was Pepperdine-bound Max Chamberlain, the Pacific League co-player of the year.

“It is a shame that he was not selected. He is without doubt one of the best players in our Division, but a certain number of spots is typically allocated for each team. I told the CIF committee that he should be honored, but what can you do? It’s out of our control,” Brinton said. “And I don’t think Max needs this to validate what he meant to our program this year and the last four years, I certainly don’t. I have told you and everyone else many times that we DO NOT accomplish what we did this year without Max’s skill and sacrifice. He’s All-CIF in my book.”

Congratulations to each of these recipients!