“We’re excited about their future and feel lucky we’ve come in contact with them and thankful for what they have contributed to our program,” Burroughs coach Mike Reily said. “We’re excited to see them playing football on Saturdays. 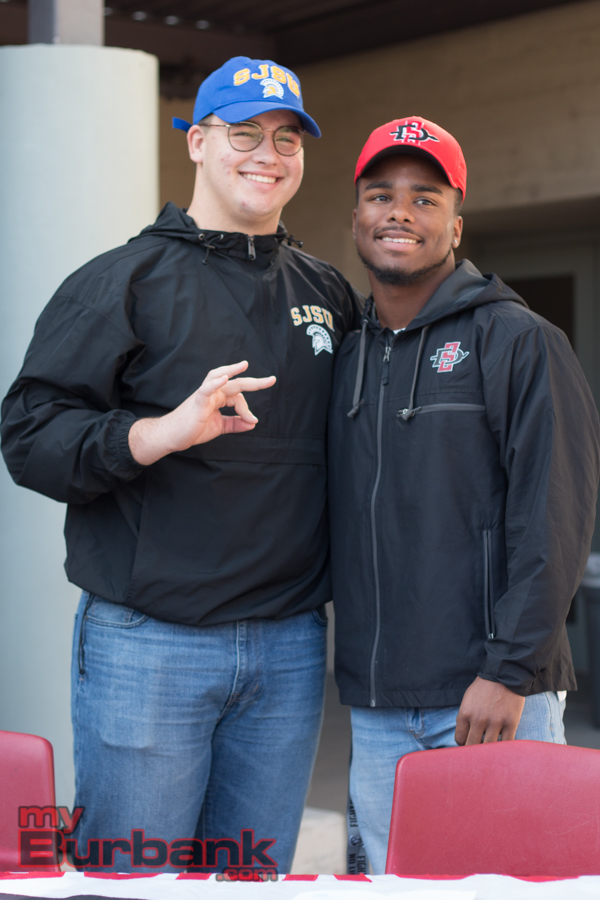 Bell and Chamberlain mark the first time Burroughs has had a football player sign with an NCAA Football Bowl Subdivision school, formerly known as Division 1, since 2009 when offensive lineman Sebastian Valenzuela signed with Washington State.

Bell committed to San Diego State back in July and stuck with his commitment.  He said he loves the area and many other factors.

“The football program, they run the ball a ton and their offense is based on running the ball and they rotate two to three running backs, so that gives me a chance to go in there and get some playing time early, possibly even as a true freshman,” Bell said. “They’ve been honest with me through the whole process. I love the coaching staff. It is a stable coaching staff that is going to be there for a while, so I liked that. Overall it is a great fit for me and my family.” 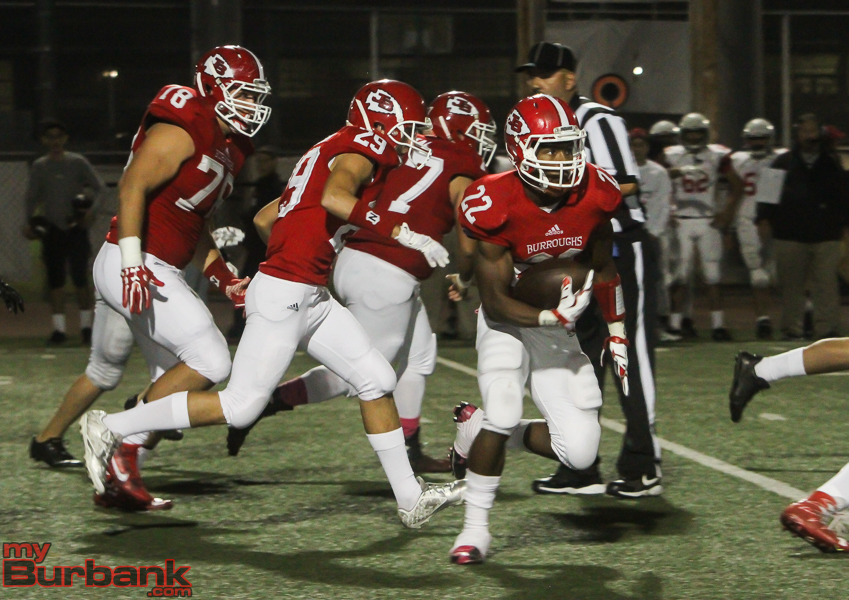 Bell said he was offered by Boise State University just a few days ago and also received some Pacific-12 Conference interest from UC Berkeley and Washington State University.

Chamberlain spoke of making the switch to San Jose State from Fresno State, which brought in a new coaching staff when former UC Berkeley head coach Jeff Tedford was hired to take over the program.

“What I liked about San Jose was the coaching staff. That was the main thing.  I had them over for dinner a week before my official visit there,” Chamberlain said. “It was the head coach, offensive line coach, receivers coach, quarterbacks coach and offensive coordinator. It was like I had known all these guys for years. I was like this is a group of guys I’d love to play for.”

Chamberlain was recruited by offensive line coach Joe Bernardi all along.

“I was waiting for Bernardi. He said he had something working out for him,” Chamberlain said. “I waited it out and then I got the word that he was going to be the offensive lineman coach at San Jose State. I said this was the best opportunity staring me in the face so I was like I better take it.”