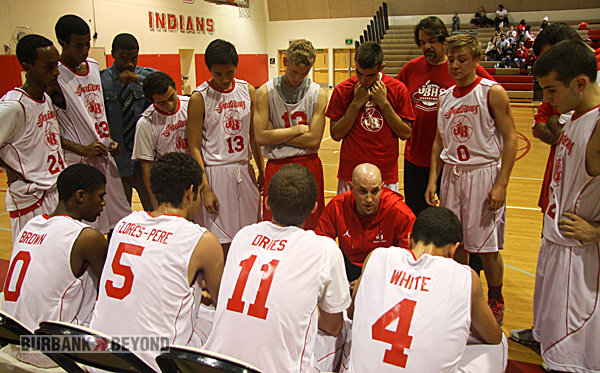 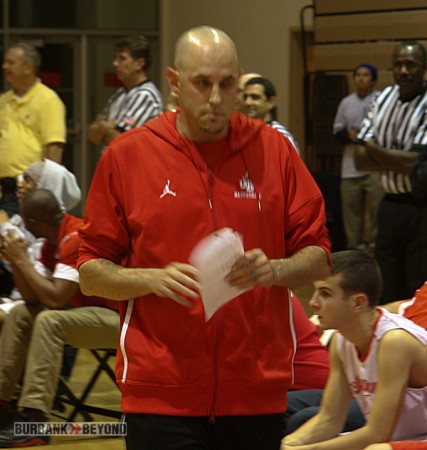 Burroughs Coach Adam Hochberg begins his fourth year at the helm and despite some challenging seasons now behind him, he has stayed true to his principles in coaching. Never wavering away from his philosophy of “one, done and run,” Hochberg has renewed faith that this season will be a successful one.

“My philosophy has always been ‘one, done and run.’ That means you had a good defensive possession, you held them to one shot, you get the ball and get going with the best look possible,” Hochberg explained. “If we stick to that mentality, we will be fine. No one is expecting us to be a team that will be competitive. I think as the year goes on we will garner some respect.”

The Indians return five lettermen, all seniors, to lead this year’s squad. Jorge Flores-Pere, Lawrence White, Kalen Verhoeven, Hanoak Amanios and Kyle Roberts will be counted upon to provide the necessary leadership to bring JBHS into the upper echelon of the Pacific League. Senior newcomers Austyn Dries, Yousuf Martinez and Justin Mitchell also will add depth to the team.

“They are my first group of freshmen that came in so I think there is something to be said for that,” Hochberg said. “I have a lot of dedicated seniors. We are looking to have a season that we can be proud of.” 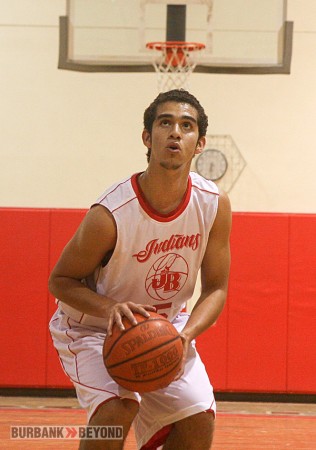 Flores-Pere and White will be the catalysts for Burroughs. Pere, a four-year starter, and White, a three-year starter, bring invaluable experience and leadership to an Indians team searching for consistency and productivity.

“They are our most experienced and most talented guys,” Hochberg said. “They should lead by example. If they take charge physically and mentally, we should be in good shape.”

Looking to improve upon last season’s 11-16 overall record and sixth place finish in the Pacific League, Burroughs will rely on athleticism and skill to create scoring opportunities on the defensive end.

“We are going to try to use our length and athleticism to our advantage,” said Hochberg, who is as passionate as a coach as they come. “We want to get up and down the court and keep the other team off balance and out of rhythm with our multiple levels of pressure; leading to only one shot and then our defensive rebound. From there, we will efficiently push the ball up the floor in transition for quality looks that will often come from an extra pass being made by an unselfish teammate.” 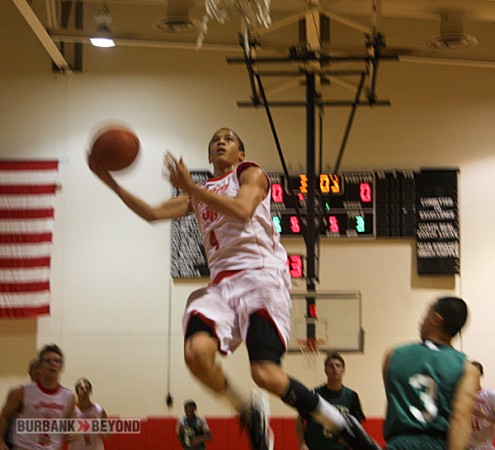 The Pacific League always presents a major challenge with the likes of Pasadena, Muir and Crescenta Valley. JBHS has the potential to grab that coveted fourth spot to earn a post-season berth. Fending off Burbank, Arcadia, Hoover and Glendale is a must for the Indians to take the necessary step forward in their rebuilding process.

Burroughs began the season this week at the Pasadena Poly tournament. The Indians opened with a 62-46 win against Rosemead. They will participate in the Bell-Jeff Holiday Classic, Dec. 18 – 22 and at the Chaminade Christmas Classic, Dec. 26 – 29. Pacific League action begins at Glendale on Jan. 4 at 7 p.m.

“We underachieved last year. We could have been a lot better,” Hochberg said. “So we are excited to turn the perception around and have a good season.” 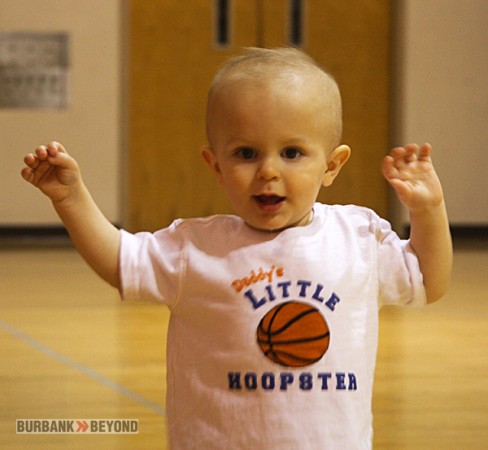 “Hands up on defense.” Like father, like son. 14-month Brevin Hochberg is well on his way to coaching (Photo by Dick Dornan)