Burroughs boys basketball Coach Adam Hochberg is a straight shooter and his team plays in the same manner.

The results are usually positive and have been so far as the Indians are 9-2 after playing in the Warriors Invitational at Heritage Christian, the Oaks Christian Holiday Classic and the Tustin Classic.

“This season we feel strongly that we can and will take the next step to reaching our potential we have been building over the last few seasons,” Hochberg said. “We have a mixture of experience, size, athleticism and resilience including five rotation players returning from last season.” 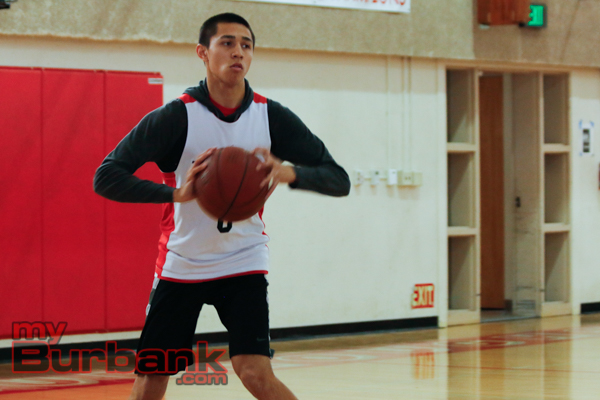 Hochberg added: “Our focus in the program are always defensive energy, execution, communication and ball player movement on offense. We will be aggressive on both sides of the ball and use our personnel and depth to keep other teams off-balance and out of rhythm.”

The Indians have qualified for the CIF Southern Section playoffs three straight seasons and finished in the top half of the Pacific League a season ago.

Burroughs will open its league season on the road against Crescenta Valley on Jan. 5, and will face Burbank on Jan. 22 and host their city rival on Feb. 11.

“Hubbell will be the lead guard rather than on the wing,” he said. “Hubbell plays the game calm and under control and picks his spots at the right time to make plays for his team.” 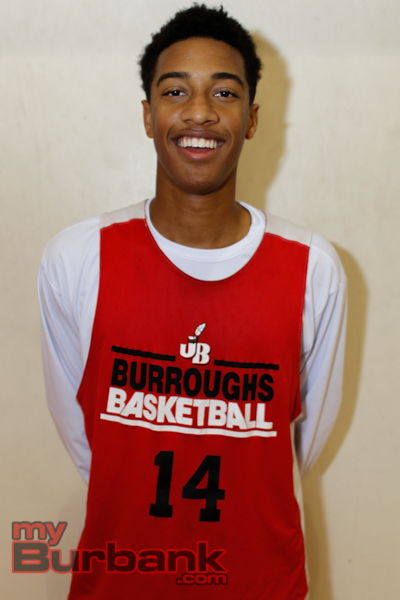 Hubbell knows something about being a leader having directed the Indians’ football team as the quarterback to the Southeast Division quarterfinals.

Lee is a transfer from St. Genevieve where he paced the Valiants as a junior in assists and steals and was third in scoring.

Lee was also named to the first team Santa Fe League and first team All-CIF Division IV where he helped his squad to the quarterfinals.

“Lee, who will also play at the next level collegiately, is an extremely hard worker both on and off the court,” Hochberg noted. “His excellent vision and skills combine with the ability to shoot the ball at an extremely high level. He will also be counted on to lead this team in its most crucial moments with his experience, knowledge, enthusiasm and confidence that he brings to the court.”

Junior Tristen Hull, a 6-6 power forward/center, is coming off a knee injury, and is another transfer who played basketball in Overland Park, Kansas, where he toiled for Blue Valley Northwest and led his team as a sophomore in rebounding and assists and was named to the second team all-league.

“Hull provides us with an excellent overall game, knowledge and skill set that includes the ability to play all five positions well in our system and has the size, length and athleticism to cause matchup problems for opponents all season on both ends of the floor,” Hochberg said. “Thus, with such versatility, he will be the X-factor. Tristen playing well means that everyone else on the team will benefit from the attention that he receives and will showcase his natural ability to make teammates better.” 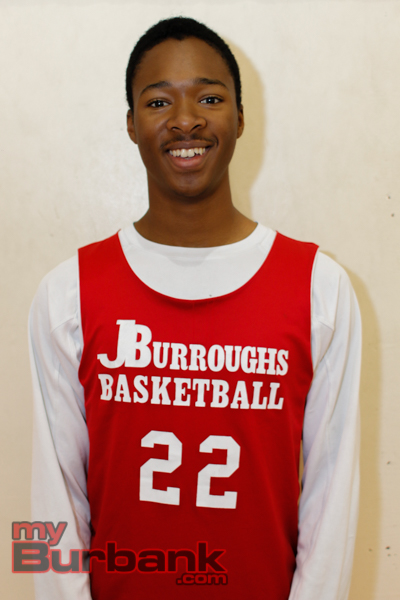 “Angelo has a 6-8 wingspan with a smooth shooting touch and has improved footwork,” Hochberg said. “He provides us with a rim protector and is an excellent rebounder and the ability to get his own shot and make plays around the basket.”

Hochberg continued: “Solis is tenacious and relentless on the floor. In combination with Tristen Hull, we have an excellent front court this season that should make us competitive against whomever we play.”

Hochberg on Howard: “Nick’s the team’s most improved player over the past few years in terms of skill and ability. However his confidence has always been sky high and his enthusiasm and effort rubs off on everyone.”

Hochberg added: “Howard has developed the ability to make his shots and get to the basket with ease to create for himself and teammates. His defensive talent and ability is still underrated and gives him his true identity as a player. Howard makes us extremely versatile in how we defend as a team and is willing to do whatever it takes to play his role and help his team win.”

Junior swingman Justin Henderson is 6-3 and is a talented returner who is expected to take on a much larger role this season according to Hochberg.

“The experience gained last season has motivated him to become an explosive transition player and much better defender in our system with his 6-3 frame,” Hochberg pointed out. “His improved decision making and ability to break down defenses make him a great option. Henderson playing well for us will provide tough matchups for our opponents.” 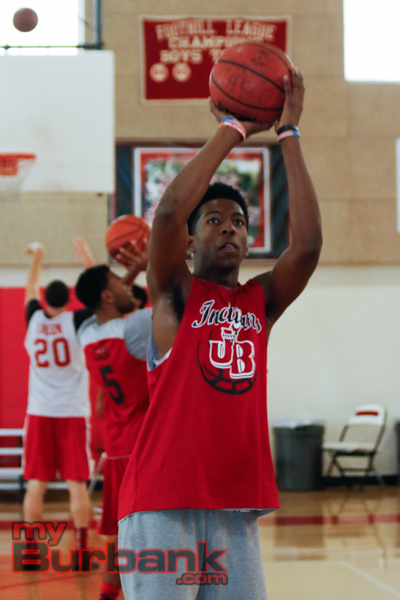 Senior wing Elijah Cain, at 6-1, returns to the varsity after a preseason stint last season and a successful league season for the junior varsity.

“Cain is one of the team’s best spot-up shooters and will help us a lot this season to space the floor with his knock down ability,” Hochberg said. “Elijah also uses his body well to get to the paint effectively. His defensive effort and overall execution as a rotation player can help his team take our season to its potential.”

Senior point guard Jordan Bridges, at 5-7, re-joins the varsity after a year leading the junior varsity to a solid season.

“Jordan is a talented and resilient lead guard and has overcome many obstacles and will be called upon to play important minutes,” Hochberg said. “He is very skilled in transition and can make plays for himself when he gets on the right spots on the floor. His defensive energy will also be a requirement and a major plus in disrupting opposing guards.”

“Both have worked extremely hard in the off-season to make themselves varsity ready,” Hochberg said. “Green has made major improvements in his overall game and both are ready to contribute as seniors.”

“They are skilled shooters who join the varsity after playing junior varsity last season,” he said. “Their continued improvement and confidence on a daily basis within our system is key to them becoming effective varsity players this season and next. Both will gain valuable experience playing with this group and we are excited to see their growth and potential.”