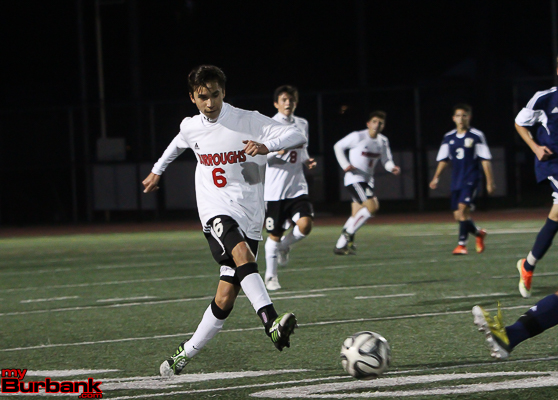 Kevin Moreira dribbles up field against West Ranch (Photo by Ross A. Benson)

Having won two consecutive Pacific League championships in 2013 and 2014, the Burroughs Indians entered this season with high hopes to defend their title. 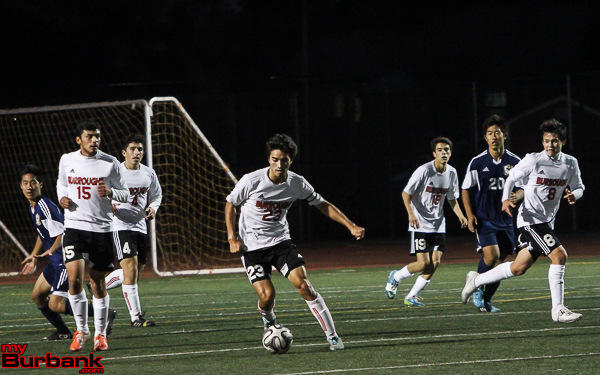 VJ Salazar is one of the unquestioned leaders for the Indians (Photo by Ross A. Benson)

A year ago, Burroughs had a very solid season going 16-4-4 overall and 11-1-2 in league. Overcoming a series of injuries, illnesses and mishaps throughout the season, the Indians showed their character throughout the season, bouncing back from a number of setbacks to overtake Pasadena in the last week of the season and win the league title for the second year in a row.

As hosts of the 20th Annual Ralph Brandt Tournament, the Indians took to the field in early December to identify their strengths and weaknesses and gauge where they are as a team. Among a field of 21 strong programs, Burroughs finished 2-1-1 and are presently 3-3-2 overall.

“Every game has been a battle,” Kodama said. “Our three losses have been only by a goal.” 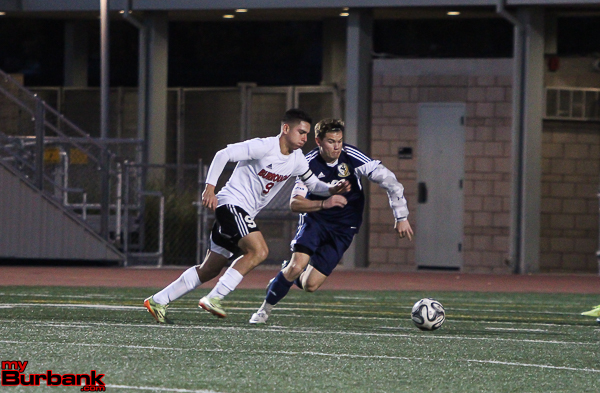 In the Ralph Brandt Tournament, the Indians defeated West Ranch (1-0) and San Fernando (2-1) while losing 2-1 to Granada Hills and being knotted up 1-1 with Thousand Oaks.

Other non-league contests include a 2-0 win against Temple City, a 2-1 loss to Canyon, a 1-0 loss to Notre Dame and a 2-2 tie versus Chaminade.

“We have had an opportunity to see what we have and try many things that will be useful in the coming weeks,” Kodama said. “We are growing and gaining experience. We are disappointed we did not advance further in our tournament – but it is filled with tough competition. When teams like San Fernando, Royal and others can’t advance either – it gives an idea of what we faced.”

How tough is the Ralph Brandt Tournament? Despite all the success throughout the years by the Indians, JBHS has won the prestigious preseason tournament only once; a 1-0 victory against Saugus in 1996. It does serve, however, as a springboard into the new season.

The Indians begin Pacific League action this week at Glendale on Wednesday and return to Memorial Field on Friday against Crescenta Valley. 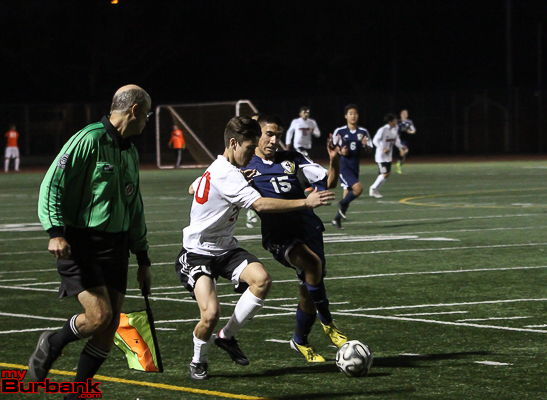 “They have done a great job keeping us going,” said Kodama. “We also have had great performances in goal by Jordan Morgan and Angel Gonzalez. They are making big plays every game.”

Campos scored the lone goal against West Ranch. Morgan made 12 saves in the victory versus San Fernando.

Alberto Rodriguez, Josh Sanchez and Kevin Moreira have been the team’s most consistent players. Diego Galaviz leads the Indians with three goals.

Kodama likes the nucleus of this year’s group. As Burroughs continues to develop team chemistry and understands how each other plays, the Indians should be right smack in the middle of the league race.

“Once we get going and learn to finish the play we will get better in attack,” Kodama said. “The boys are working hard and learning every day. League will be tough – every game will be a battle. We are competitive so we are looking forward to league.”