After finding themselves in a big hole the Burroughs High boys’ soccer team fought back Tuesday night. 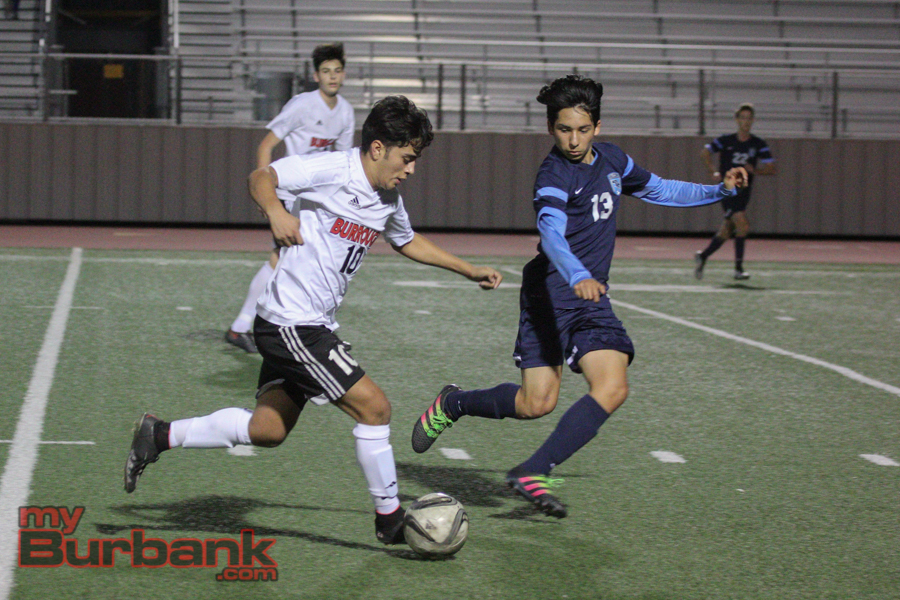 The Indians nearly earned a draw, but were denied in the final minute of the match when what appeared to be a goal was waved off for a hand ball just before final whistle blew in a 3-2 Pacific League loss against visiting Crescenta Valley.

“I’m not sure what they called at the end. It is part of the game,” Burroughs coach Mike Kodama said. “We’ll take a look at it. I hope they are right, because if they are wrong that’s an awful way to end the game.”

Both teams had a number of chances to score, but it was the Falcons who were finishing those opportunities.

Burroughs’ William Rosales nearly found the upper left corner of the goal in the 16th minute. 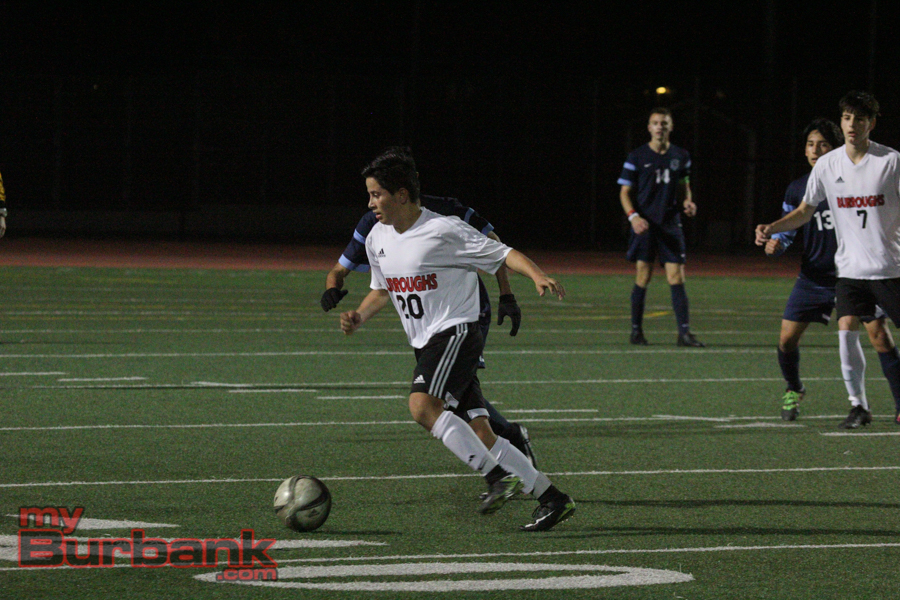 CV, ranked No. 6 in the CIF Southern Section Division 3 poll, got on the board in the 24th minute when defender Tomik Baghramian knocked home a loose ball in the box off a throw in.

The Falcons took a 2-0 lead in the 36th minute when Chris Sanfilippo found Dallas Kaauwai open in the box. Kaauwai made the most of the opportunity by putting the ball past Burroughs goalie Jordan Morgan.

Burroughs’ Anton Prather nearly scored in the 53rd minute only to be denied by the leg of Falcons goalie Luis Flores. 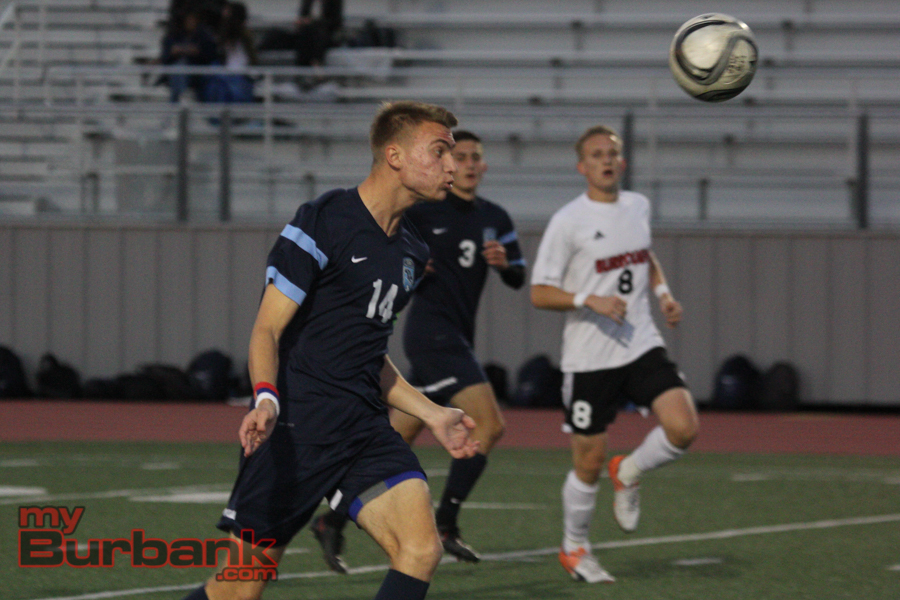 Morgan kept Burroughs in the game as he made a diving save off a shot from Henry Barkhordarian in the 57th minute.

But a defensive miscue in the 69th minute allowed Han to score to give the Falcons a three-goal cushion.

A minute later Rosales drew a penalty kick after being tripped in the goal box. Prather struck home the penalty to make it 3-1.’

“We could have finished our opportunities,” Kodama said. “We expected a tough battle. We made a couple of mistakes and got punished for it. We had a lot of chances to score.” 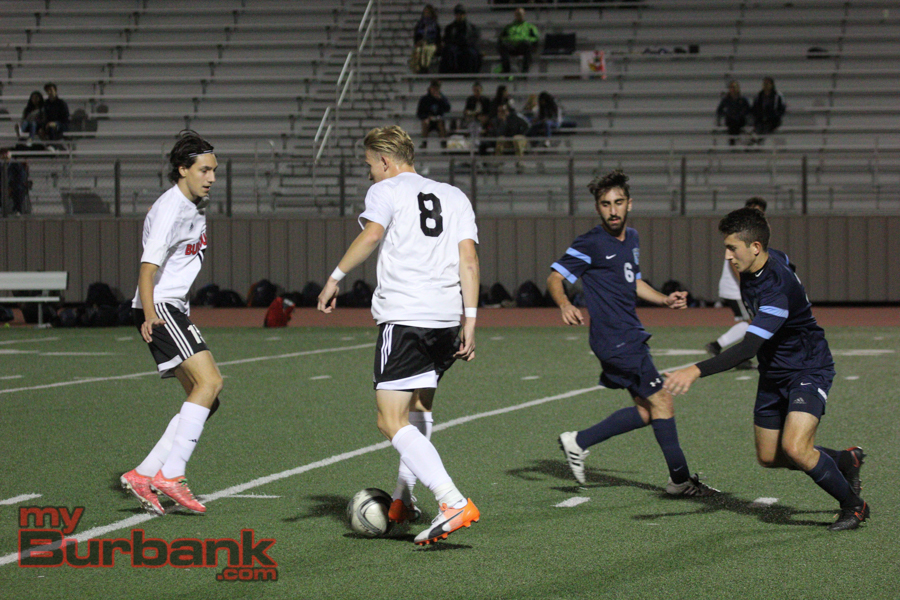 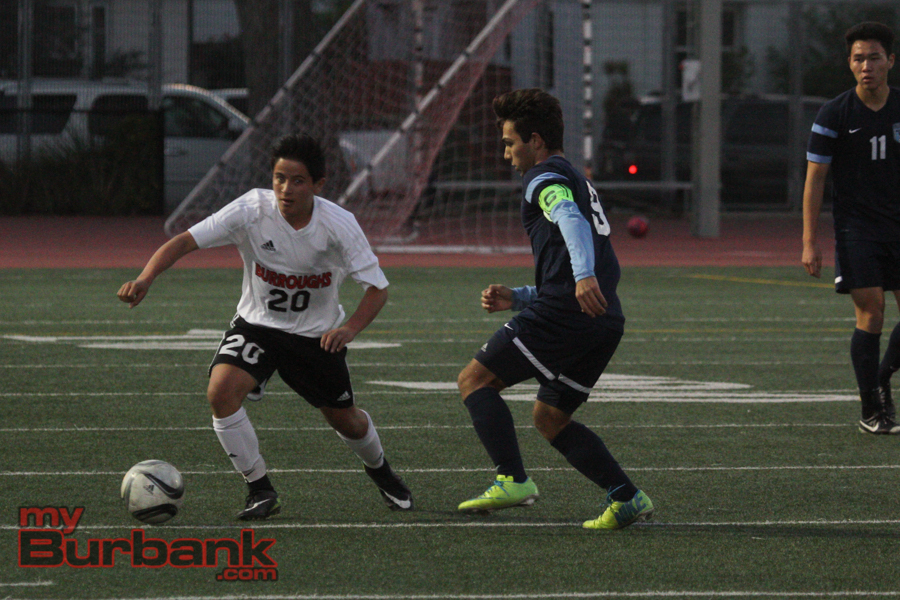 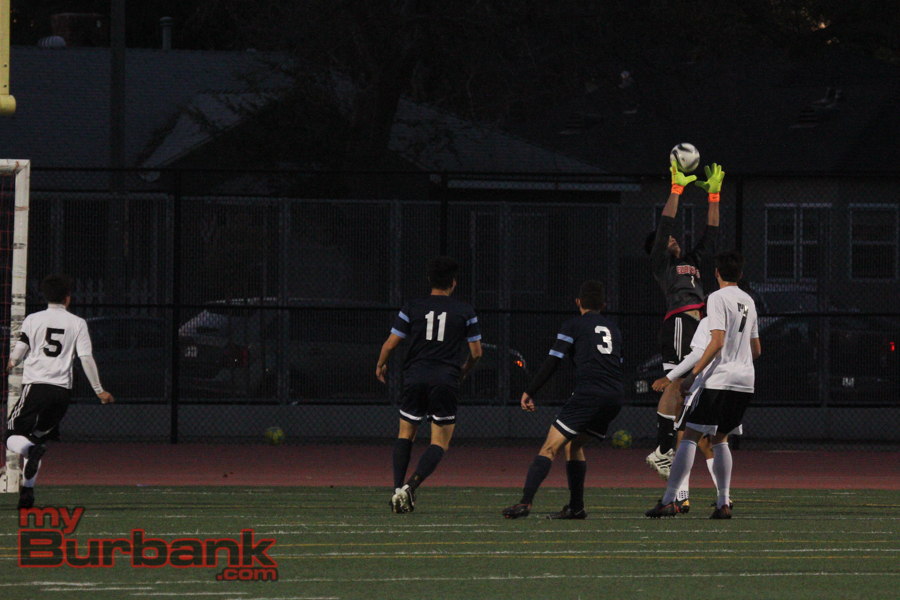 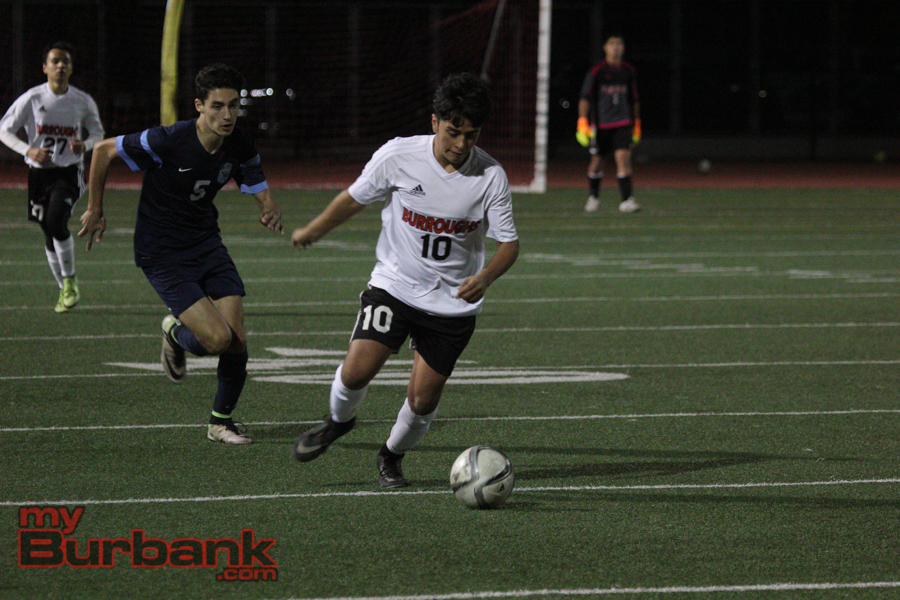