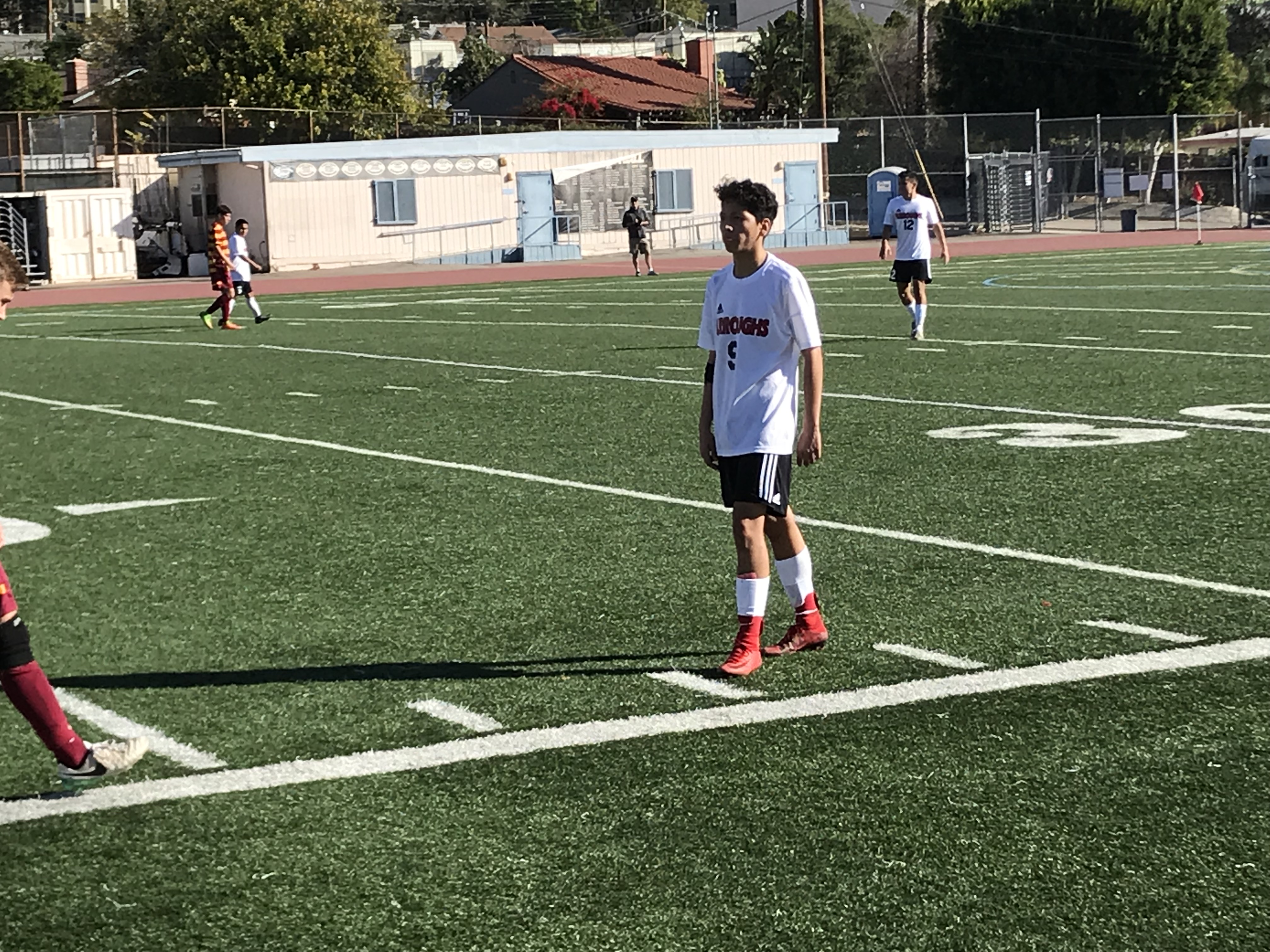 It isn’t easy holding a lead in a soccer match, especially for a young team playing against a traditionally strong program.

But the Burroughs High boys’ team did just that Thursday morning as the Indians held off La Canada 2-1 in the CV Winter Classic at Crescenta Valley High.

The win puts Burroughs (7-3-1) in a strong position to compete for the tournament title match on Saturday afternoon.

“We’re so young. We’re learning as we go,” Burroughs coach Mike Kodama said. “I think when they (La Canada) scored early in the second half it really changed the momentum. La Canada is a good team so I wouldn’t expect anything less than that.”

The Indians dominated the first half and got on the board in just the second minute. 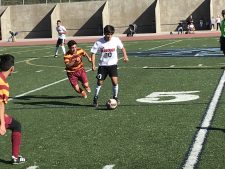 Freshman Manny Gonzalez’s cross was touched, but not saved by La Canada goalie Max Landa, who had come off his line.

That left fellow freshman Patrick Abarca open to put a right foot on the ball and send the ball into the empty net.

Burroughs doubled its lead in the 17th minute when midfielder Esteban Alcantar intercepted a pass from La Canada’s defense and took it to the edge of the goal box before strategically placing a bending ball in the lower right corner to beat Landa.

“In both cases they were nice goals,” Kodama said. “Patrick got his first goal on varsity. He found that seam on the right side and Esteban’s was a great shot from the middle of the field.

Leading by a pair of goals, Burroughs was clearly not as sharp in the second half.

La Canada (3-2-2) made things tough for the final half of an hour after Trevar Bambanian made something out of nothing.

The Spartan defender had the ball on the right side at the edge of the goal box and took and unexpected left-footed shot at Burroughs goalie Edgar Rodriguez who was unable to reach the ball that went just inside the right post.

“I thought we played well today. We really played as a family. It was a group effort,” Burroughs defender Carter Wells said. “Communication and working hard really paid off in this game. I was a little concerned at the end, but our defense and midfield really held our own.”