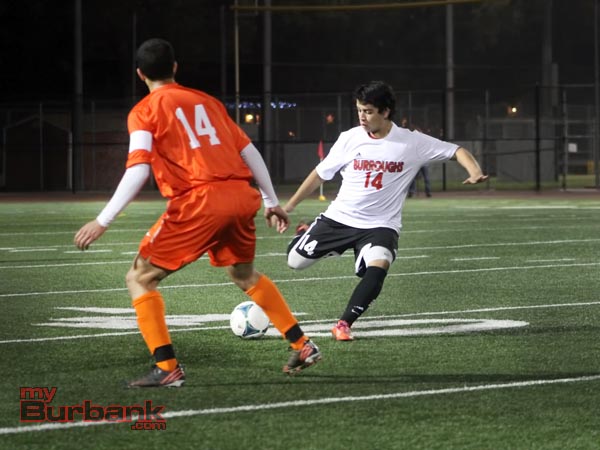 Burroughs began the season with a 7-0 win against Pasadena Poly (Photo by Ross A. Benson)

Having sprinted out to a 5-2-1 start including a third-place finish in the prestigious Ralph Brandt Tournament, the Burroughs boys’ soccer team deserves a much-needed week off. 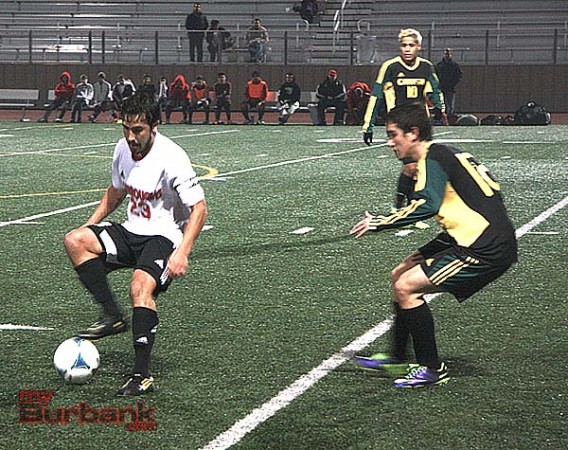 Playing six games in eight days tested the mental fortitude of this year’s team. Coach Mike Kodama has been pleased with what he has seen during the first three weeks of the season.

“I wouldn’t recommend it but I was pleased with the effort,” Kodama said. “We really had to manage well. We’ve only had two starters play in every game. But this week we will rest and then next week we will be training real hard.”

Kodama captured his eighth league championship as the Indians coach last year and the first for his program since winning back-to-back titles in 2008 and 2009. As he begins his 25th year at the helm, the California Coaches Association’s “Coach of the Year” last season is excited for the prospects of this year’s squad. 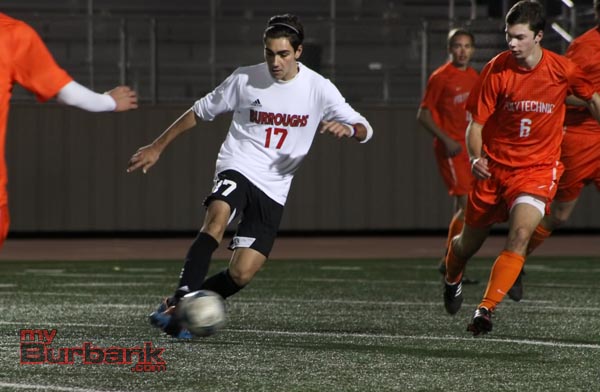 Milosh Petko of Burroughs (Photo by Ross A. Benson)

Hosting its annual pre-season tournament, Burroughs hammered Pasadena Poly, 7-0, in the opening round and followed up with victories against West Ranch, 3-1, and Canyon (0-0, 4-2 in penalty kicks) to advance to the quarterfinals.

A sub-par effort resulted in a 1-0 loss to El Camino Real before the Indians regrouped and knocked off Sylmar, 3-1, to claim third place.

“We didn’t play well vs. El Camino. We could have done better but we need to be more disciplined,” Kodama said. “But we played well in general.”

The success has been a pleasant surprise for Kodama considering Burroughs hasn’t played one game yet with its intended starting line-up. All-CIF performer Michael Conrad suffered a turf toe injury early in the season and hasn’t played. He is due to return as early as next week.

Other players have missed games due to various reasons. However, it has been a blessing in disguise for Kodama who has tinkered with many different lineups and rotations enabling other players to step up and shine.

“We rotated a lot of guys in the lineup,” he said. “Everyone played a big part in every game. What it did tell me is that we have very good depth.”

Burroughs returns a seasoned group of players that went 15-7-3 last season, 10-3-1 in league and reached the CIF quarterfinals.

Conrad and Brandon Gerlach, both seniors, were first-team all-league selections a year ago and All-CIF third team recipients.

Seniors Nolberto Alcantar and Milosh Petko and juniors Andres Aguilar and VJ Salazar return to give the Indians plenty of experience on offense and defense. 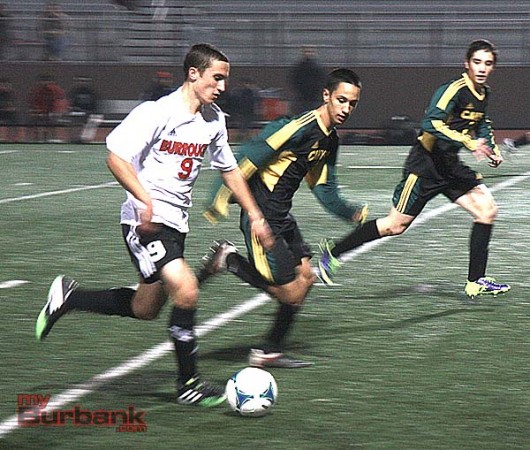 Newcomer Ashot Veisyan, a junior forward, has been a nice addition thus far and the emergence of senior outside backer Nick Lucero and senior goalie Alberto Meir have contributed in the early success for JBHS.

“We had other players who grew in the pre-season. They were forced to grow up as varsity players,” Kodama said.

Next up for Burroughs is the defense of its league title. Pacific League action begins on January 7 at Hoover.

Barring any unforeseen injuries or issues, a healthy starting lineup is projected by then for the first time this season.

“We are going to come for it,” Kodama said. “That’s one of our goals and to make a run in CIF.”