The Burroughs High boys’ soccer team opened the season by showing a number of things.
For one, the Indians showed they can score and do so quickly.

The Indians also showed that they need to improve their intensity for a full 80 minutes.
Fortunately, the first test was passed with a 3-2 victory over visiting Kennedy of Granada Hills in the Ralph Brandt Tournament at Memorial Field. 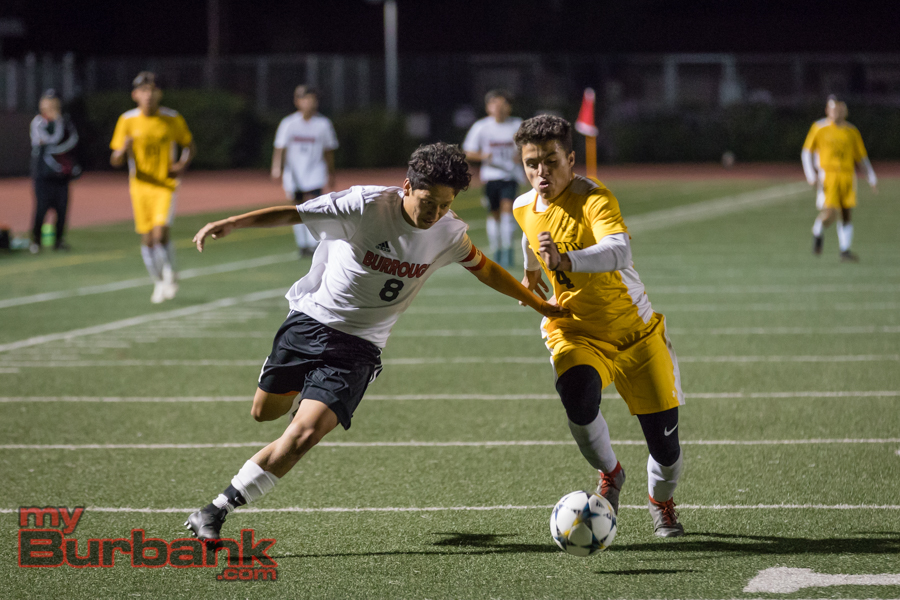 “We had our chances early,” Burroughs coach Mike Kodama said. “I think Kennedy got some confidence midway through the second half and they put us on our heels and we had to adjust.”

Burroughs dominated the first half and could have put the match away.
Burroughs took the lead just eight minutes into the contest as Elias Galaviz put the ball into the empty net after his shot deflected off of Kennedy goalie Andrew Maximo.

The Indians continued to impress, doubling their lead in the 18th minute as Manny Gonzalez put a ball through to Sam Hawksworth, who put a left-footed shot past Maximo.
Gonzalez, who scored 16 times as a freshman, missed a golden opportunity in the 23rd minute but fired at Maximo.
Kennedy came back and cut Burroughs’ lead in half in the 56th minute when Daniel Meza hooked a ball into the upper right corner of the goal.
That inspired the Cougars, who continually gave Burroughs fits. 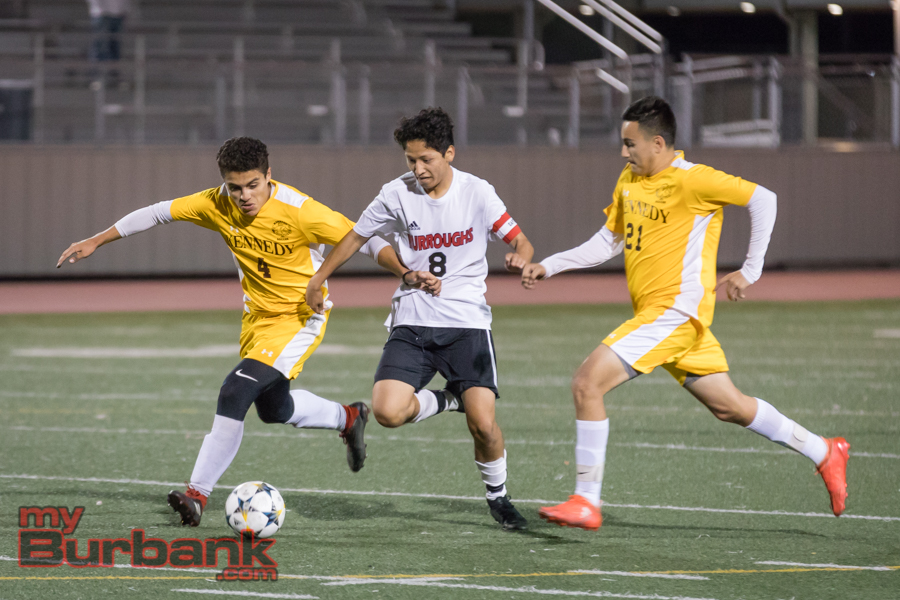 Two minutes later Burroughs junior playmaker Carlos Rosales came to the rescue.
Rosales somehow snuck in unmarked and took a headed pass by Esteban Alcantar and dribbled around Maximo before putting the ball into the empty net.

“Carlos is like the engine of the team,” Hawksworth said. “We all have to play with him and pass to him.”
Gonzalez could have put the match away in the 59th minute, but he had a shot attempt blocked by Maximo.

Kennedy (0-3) fought right back and made it 3-2 in the 61st minute on a fine free-kick from Bryan Ramos.