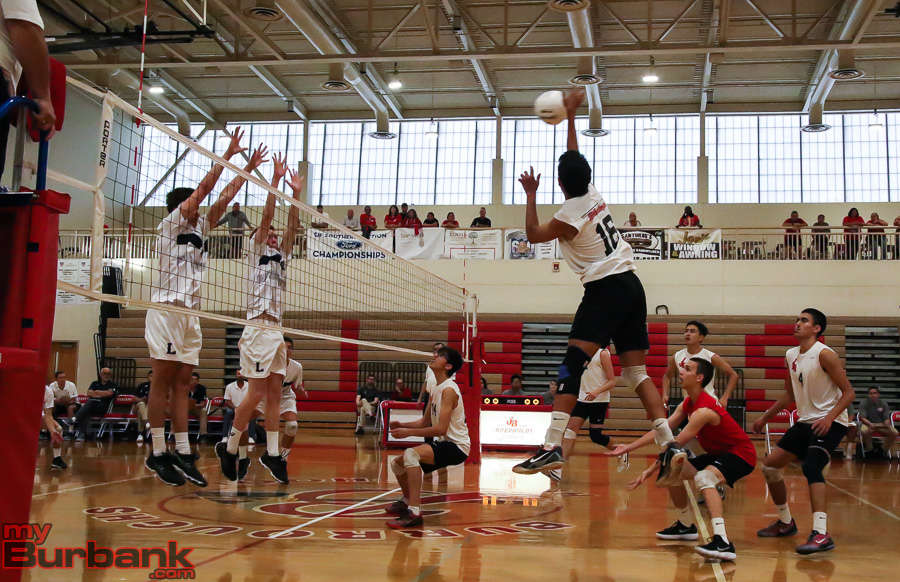 The Burroughs High boys’ volleyball program has much to be proud of.

The Indians captured their ninth consecutive Pacific League title and advanced to the second round of the CIF Southern Section Division 1 playoffs for a second consecutive season.

But like last season, the Indians’ season ended against one of the elite programs in the nation as Loyola of Los Angeles swept Burroughs 25-16, 25-17, 25-20 Thursday evening.

Burroughs was eliminated from the playoffs by Huntington Beach High last year.

“These guys play hard all the way throughout. I give him credit for that and their staff. They are a class act,” Boehle said of Brinton. “We’ve been here and have the experience. Are we as big and as strong as we’ve been in the past, no? We’re still Loyola and it still freaks some people out sometimes and we’ll take advantage of it if we need to. I thought they fought and we were just a little bit better.”

Burroughs (19-9) was led by senior Cole Kaitz, who finished with 10 kills.

“We’ve been wanting to play a top-level Division 1 team all season,” said Kaitz, who is considering walking on at Cal State Northridge. “We finally got what we wanted and we knew it was going to be a battle. It didn’t out the way we wanted, but it was still a great experience.  I’m glad I got to play them.”

Burroughs also received six kills from Diego Rosal, who plans to walk on at Pepperdine. Jose Solano had 18 assists and Sam Tipton had 10 digs.

Loyola was led by sophomore Luke Turner, who had 11 kills. Matt Johnson and Wyatt Lewis each had eight kills for the Cubs. Sophomore setter Henry Wedbush had 22 assists and Andrew Bagnard added 12 assists.

Brinton praised his team for another fine season.

“The guys gave it their best shot. Our kids start playing volleyball in ninth grade,” he said. “I’m really proud of the group. They showed up and kept working every day.”