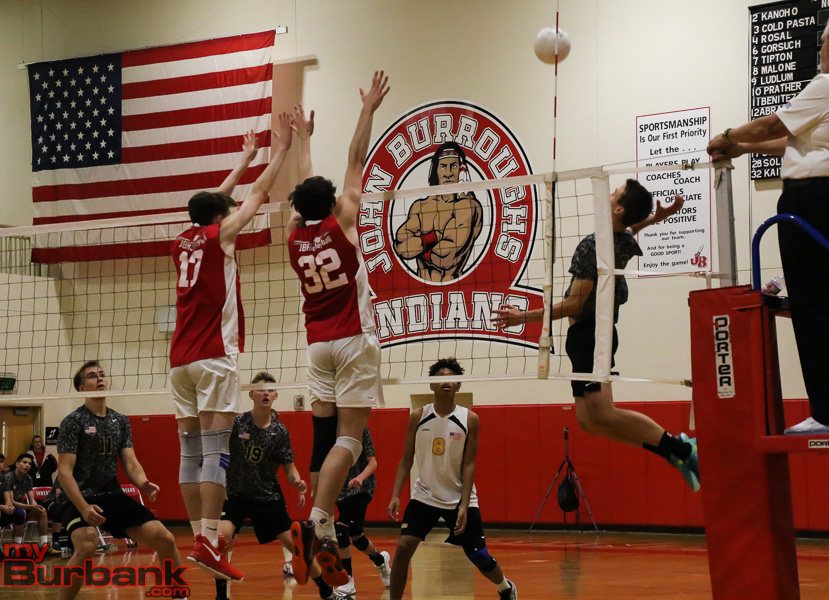 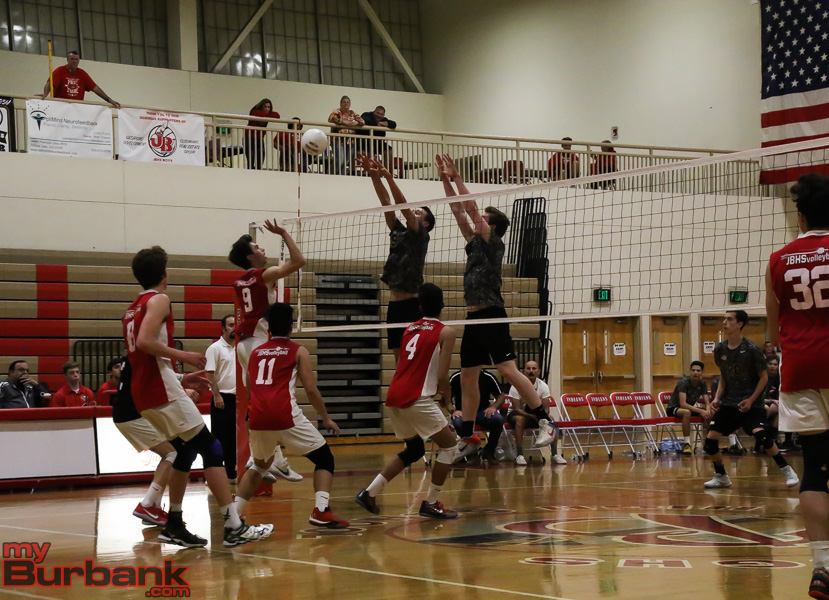 Being on the brink of elimination is not an easy spot to be in.
The Burroughs High boys’ volleyball team never took that into consideration Tuesday night when the Indians hosted Newbury Park in the first round of the CIF Southern Section Division 1 playoffs.
Burroughs rallied from being one point away from the end of its season seven times to come back and defeat the visiting Panthers 25-21, 26-28, 23-25, 31-29, 15-13.
“We don’t want to stress it being a stressful situation. We played it just like normal volleyball knowing that we have to play perfect,” said junior Cole Kaitz, who had a team-high 23 kills.
Burroughs (18-13) will move on to the second round Thursday at Huntington Beach, which defeated Canyon of Anaheim Hills 25-21, 26-24, 25-21.
Huntington Beach (24-10) is clearly not as strong as in recent years. A year ago, the Oilers saw their national-record winning streak end at 121 matches.
The Indians earned the right to play the Oilers after rallying from a 24-20 deficit in the fourth game to force a fifth game, where Burroughs won 15-13.
“The guys showed a lot of heart tonight. It was awesome, awesome to see,” Burroughs coach Joel Brinton said. ” That’s a really good team (Newbury Park).”
Kaitz agreed.
“They’re definitely one of the high-level teams we’ve played this year,” Kaitz said of Newbury Park. “We knew if we battled with them we’d pull it out. We needed to play how we know how to play.”
Senior Conner Ludlum helped ignite the rally as he had back-to-back kills to make 24-22 in the fourth game.
Junior Diego Rosal also came up with a big with one of his four blocks during the rally. Ludlum finished with 18 kills and 21 digs. Jarrett Malone had 21 kills for Burroughs.
Senior libero Skyler Bercini finished with 29 digs, a school record. Setter Levi Benitez had 58 assists.
Burroughs won the first game by breaking away following a 21-21 tie thanks to kills from Ludlum, Malone and Everett Kanoho.
In the fifth and final game, Burroughs broke a tie at 13 with a block by Billy Singleton. A Newbury Park error decided the final point of the match.