The bar that has been set for the Burroughs High boys’ volleyball team is high enough that even a win over rival Burbank isn’t anywhere close to the top of the Indians’ goals.

Friday evening nine-time defending Pacific League champion Burroughs looked solid for much of the match against the host Bulldogs and came away with a 25-14, 25-21, 25-20 victory. 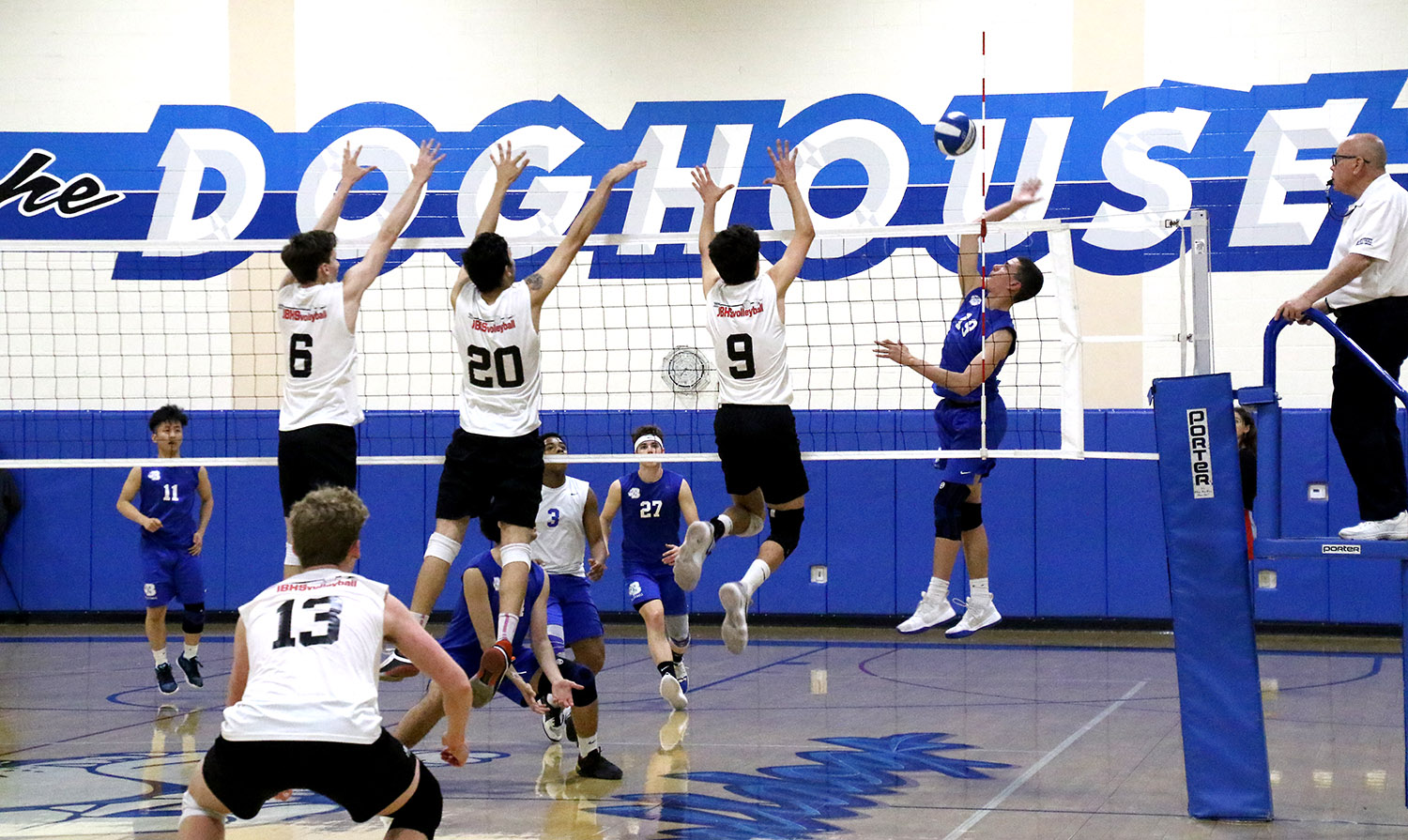 But coach Joel Brinton knows what it is capable of, even if the results are not reflective of it.

“I”m happy that we figured out a way to win without playing our best. That’s about it. You can put that in the paper,” said Brinton. “Our kids who have been amazing for the past week, struggled a little bit tonight. It was awesome to see as a team that the middles had their back and the middles did a good job.”
Burroughs (11-6 overall, 6-0 in the league) lost the first point of the match on a kill by Burbank’s Chase Marcy.

But it was mostly Burroughs the rest of the way.

The Indians then went on a 7-0 run led by a pair of kills from Troy Outwater. 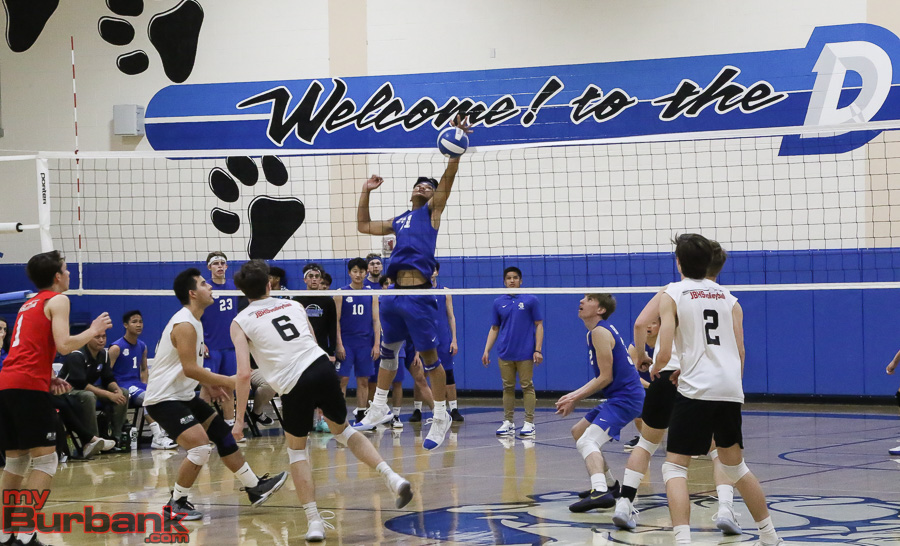 “I thought it was a fun match to coach. We started off a little bit slow in the first set with our serving and our plays. Maybe the crowd ambiance got to our heads,” Burbank coach Karl Rojo said. “We started to collect ourselves a little bit better in the second and third. I thought the receive was improving, the hits were slightly improving and the effort overall improved in the second and third. Our serving didn’t help. I’ve been drilling it in their heads that we’ve got to make our serves and to keep it tough and not make it easy.”

Burroughs closed out the first set on a pair of kills from junior Connor Burroughs, who had a match-high 13 kills.

Burbank led 7-3 to start the second game before Burroughs came back to tie things at 10.
The Indians took the lead for good at 11-10 on a block by Connor Burroughs.

Burroughs finished off the second game with a kill from sophomore Kade McGovern, who had nine for the match.

The Indians led from start to finish in the third and final game, even though the Bulldogs were never far behind. 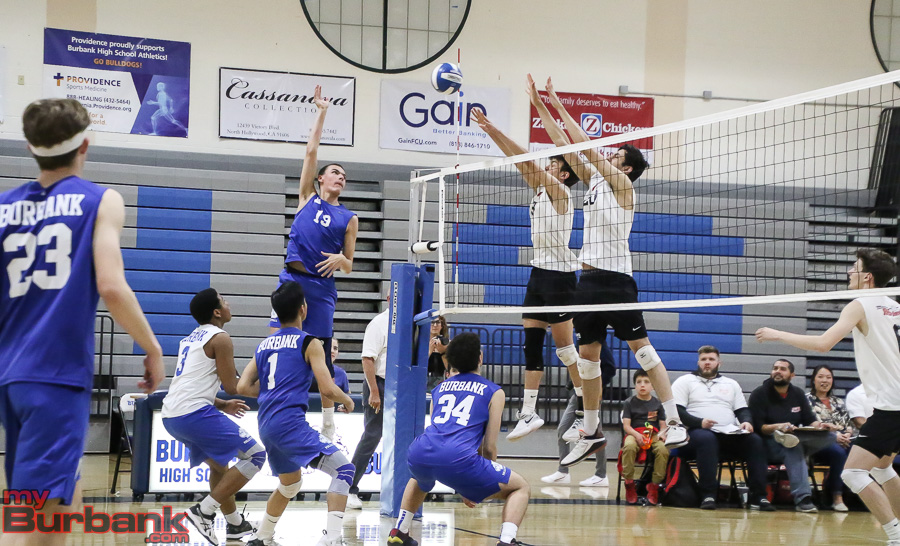