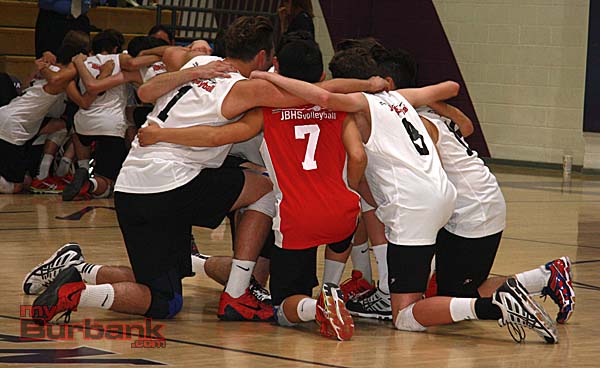 One match won’t define a season of excellence. The Valencia boys volleyball team proved to be too much to handle for Burroughs on this evening as the Vikings rolled to a 25-19, 25-19, 25-14 victory over the Indians Wednesday night in the CIF Division 2 semifinals.

Burroughs (30-4, 12-0) made history this year as they advanced further than any other boys’ volleyball team in school history. The Indians won a sixth consecutive league title en route to 30 wins. Much to their chagrin, they ran into a buzz-saw in Valencia that played at a high caliber of volleyball that frustrated visiting Burroughs throughout the match. 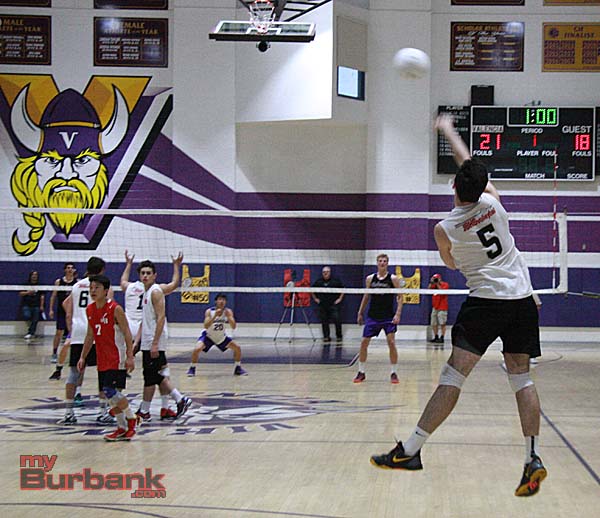 Andrew Dalmada serves for the Indians (Photo by Dick Dornan)

The Indians only led twice in the match (1-0 in game 1, 12-11 in game 2) as the Vikings controlled the net with their superior blocking skills and pin point accuracy in kills. Meanwhile, the Indians never found their rhythm or chemistry that were their staple points in a year to remember.

“It was a really bad night to not play very good volleyball. They (Valencia) forced us to do some things we normally don’t do,” Burroughs coach Joel Brinton said. “Their blocking was disciplined. Our passing wasn’t consistent which led Ryan (Van Loo) trying to figure out what to do. That’s where the chaos came in. We are not used to getting blocked like that. We were searching for answers out there on the court.”

When the match had ended, a group of Indians felt the pain of not advancing to the CIF Finals to continue their phenomenal season. Reality had set in that there was no more volleyball to be played and for the seniors their careers had come to a close. 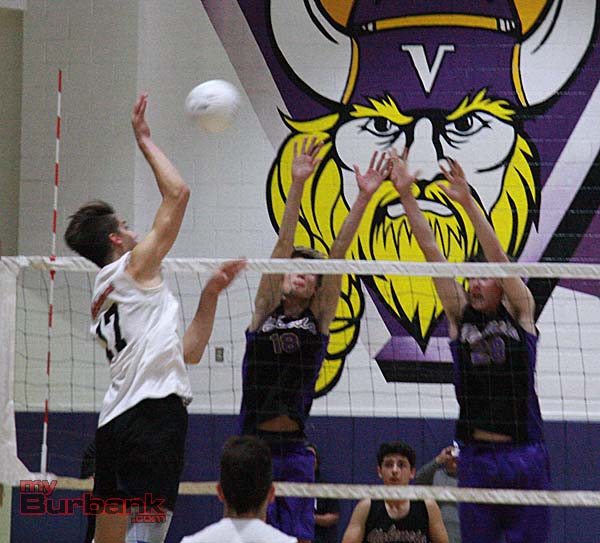 Max Chamberlain goes up for a kill (Photo by Dick Dornan)

The memories will last forever for each member of this year’s squad.

“It has probably been the most special thing to be a part of. This team is a big family. We do everything together,” Bailey Carter said. “I’ve never worked harder in my life with other people. It’s been a great experience and a great season. It was a great bonding experience with my brothers.”

For Brinton, it was a season to savor as his program serves as a blueprint for success at Burroughs.

“There was big rise of maturity that helped us get here,” he said. “It’s been a great year. 30-4 is awesome. A lot of teams would die to be in our position here in the semifinals.”