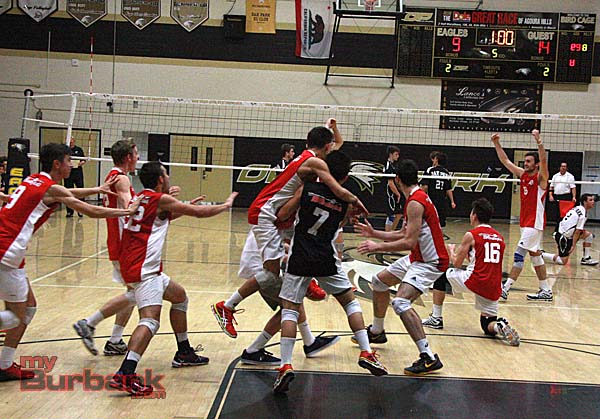 It was a victory for the ages but in the grand scheme of things, it was simply another victory in the win column for the Burroughs boys volleyball team. But it wasn’t just your everyday victory. It was more than that.

Behind an enthusiastic crowd that included a boisterous junior varsity team and a tough-minded group of talented volleyball players, the Burroughs Indians came away with a hard-fought 3-2 win on the road against Oak Park (17-25, 21-25, 25-23, 25-23, 15-9) despite trailing 2-0. 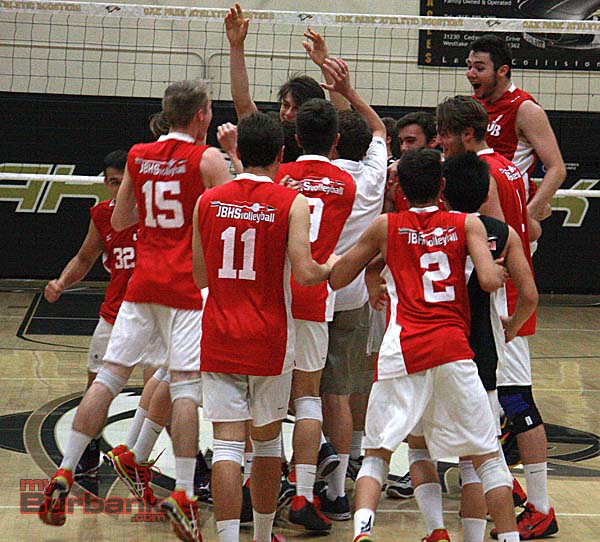 The Indians pulled off an astonishing comeback (Photo by Dick Dornan)

With the triumphant win, Burroughs (11-1) can expect to jump over Oak Park from No. 4 in the CIF Division II polls to possibly No. 1 early next week.

It was a comeback victory that will serve as a reminder to every one of Burroughs present and future players that anything is possible. Facing the No.1 ranked team in CIF Division II on their home court was a challenging task. Falling behind 2-0 and trailing 20-18 in the third set made the situation even more daunting.

“They (Oak Park) have been a team that we’ve had nothing but trouble with,” Burroughs coach Joel Brinton said. “We lost to them twice last year and we just didn’t lose to them, they kicked our butt. And they walloped us in a couple pre-season scrimmages this year. For our guys to dig deep and come back and win shows their character.”

And boy did they ever. 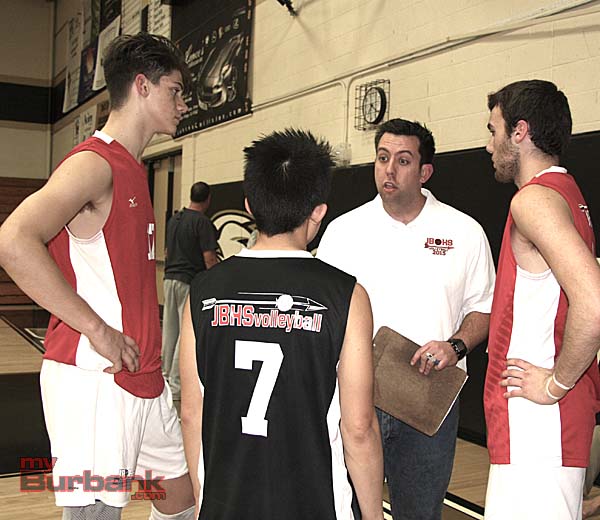 Back came the Eagles with three consecutive points to tie the set at 23 apiece. After the Indians made it 24-23, Oak Park called timeout when they had no timeouts left. A penalty point was awarded to Burroughs giving them a 25-23 win and plenty of momentum heading into the fourth set. 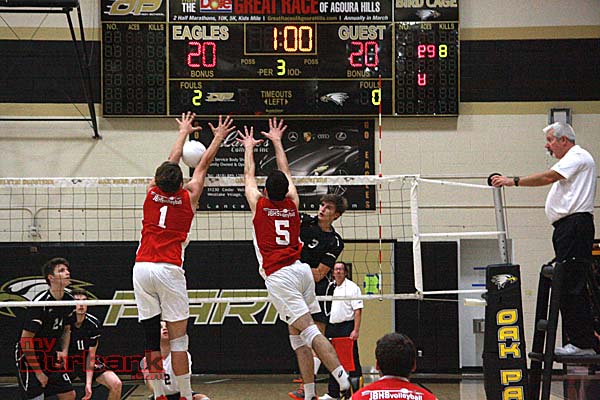 In the fifth and decisive set, Burroughs never trailed en route to the 15-9 win and capturing the match, 3-2.

Andrew Dalmada had four kills in the fifth set including three straight to give JBHS an 11-5 advantage. Ryan Van Loo had a block, Max Chamberlain added a kill and Cameron Capili had an ace and a kill during the convincing fifth set win.

“It says a lot about our young team. It’s crazy to see us rise like this,” said Dalmada, who ended the match with 14 kills and 12 digs. “At the beginning we were playing like individuals. Then we started playing as a team. We did our jobs for our teammates. This is real nice to see.”

“We knew it was going to be tough. The first two sets were really rocky but we came out strong in the third,” Chamberlain added. “We were getting into our own heads and that was killing us. But for us to comeback from that mentally was amazing for us. We believed. The bench and the crowd had a role in that too.” 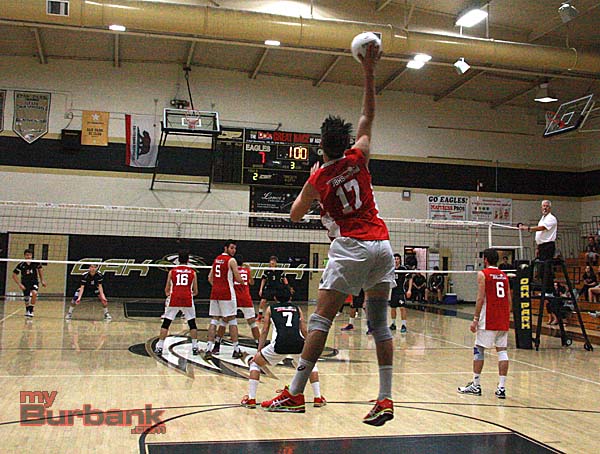 Chamberlain, who has committed to Pepperdine University, had a strong match with15 kills and four blocks.

“We came together as a team and had each other’s back. It was a huge win for us,” said Van Loo. “We are a brotherhood and we all stay together. We have a great team and we keep prevailing. It showed here.” 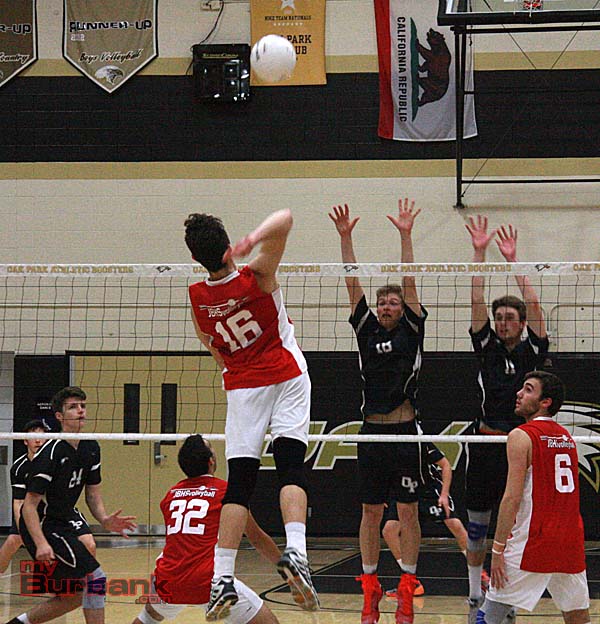 The scintillating win came on the heels of Burroughs winning the inaugural Pacific League Invitational Tournament last week. The Indians have won five straight Pacific League titles and embark on their quest for number six beginning on March 27 against Hoover.

“For the early part of the season, we are right where we want to be,” Brinton said. “I don’t think this team is going to peak until late April. People are still learning new positions. We are trying to become more consistent in what we are doing.”

If Wednesday night’s inspiring comeback victory versus Oak Park is any indication, this Burroughs team might be in the midst of something special this season.