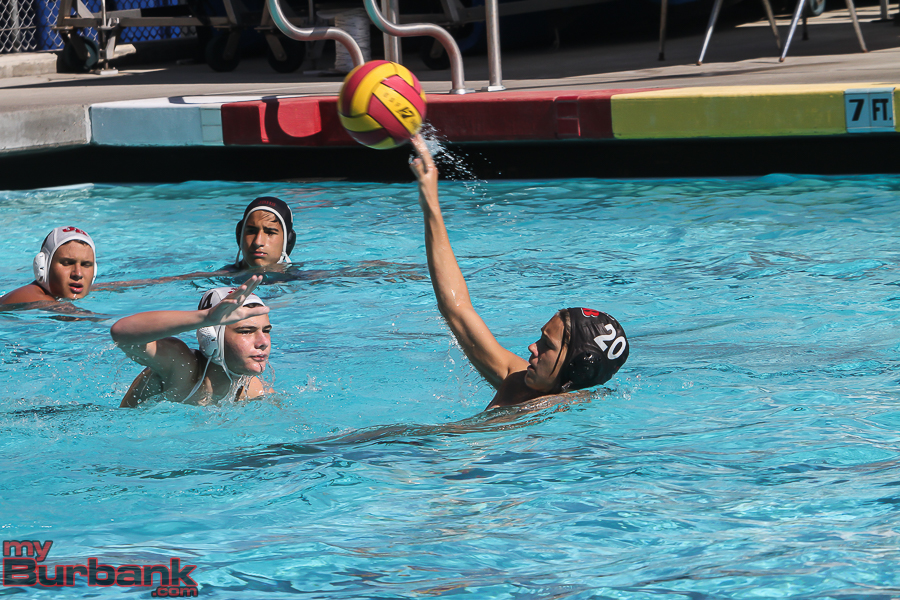 With each passing match in the CIF Southern Section Division V boys’ water polo playoffs, each round gets exceedingly more difficult.

After a rout in the opening round two days prior, Burroughs High figured its second-round encounter with host Citrus Valley on Thursday wouldn’t be easy and it wasn’t as the Indians (22-6) held on for a 15-13 decision behind two goals from junior utility Marko Vucetic, who finished with three.

The Indians have a quarterfinal match on Saturday at home versus Jurupa Valley with a start time of 11 a.m. or 5 p.m.

“I expected it to be a more competitive game because it was win or go home,” Burroughs coach Jacob Cook said.

Cook could see early on that it was going to be a battle. “They [Citrus Valley] played their hearts out,” he said. “We had some lapses in the second and third quarters, but we came back in the fourth.”

The No. 3 seeded Indians were paced by senior utility Aram Nordanyan with five goals.

Nordanyan had one tally in the opening quarter, three in the third period and one in the fourth.

The match was even at 10-10 heading into the final period and was tense throughout.

The Indians, second in the Pacific League behind Hoover, led 4-2 after the first quarter, but were outscored 4-1 by the Blackhawks in the second frame and led 6-5 at the half.

Burroughs woke up in the third quarter as it scored five goals while allowing four.

In the final stanza, the Indians once again scored five goals while limiting Citrus Valley to three.

Junior goalie David Jimenez was in the net for the initial period while sophomore Andre Abramyan was in goal for the other three quarters.