A decent opening half by the Burroughs High boys’ water polo team was followed by an unsteady second half as Dos Pueblos outscored the host Indians 10-4 and cruised to an 18-11 triumph in a CIF Southern Section Division III second-round playoff match on Thursday.

The Indians, who won the Division V title in 2016, had too many turnovers and poor offensive execution as the Chargers played relentless defense, especially junior goalie Angus Goodner, who had 13 saves. 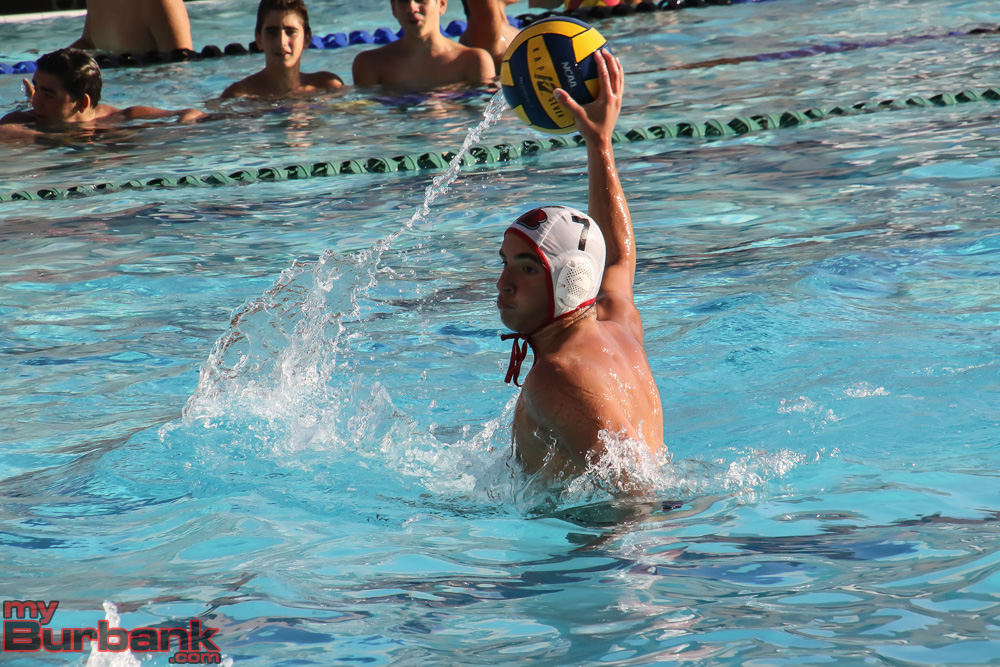 David Arakelyan, shown in a match against Burbank, capped his career with four goals in a CIF second-round loss to Dos Pueblos. (Photo by Ross A. Benson)

Senior utility J.J. Ambartsumyan’s tally from eight feet and 3:47 left trimmed the lead to 10-8 and senior setter Marko Vucetic’s goal from four feet sliced it to 10-9.

“During the third quarter we discussed on the wall that we still have like five minutes left and it’s not over. It’s five points,” Ambartsumyan said. “But we just said it. We didn’t follow what we said on the wall. Today we walked in a little too confident.”

Dos Pueblos tacked on four straight goals to make it 14-9 heading into the fourth period. 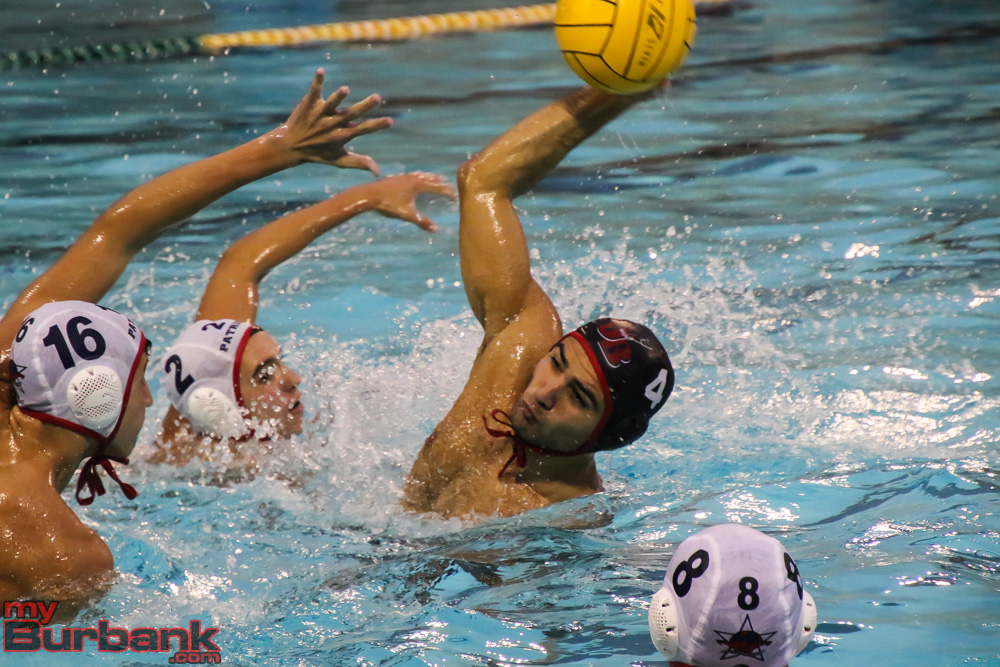 J.J. Ambartsumyan tacked on three goals for the Indians, but it wasn’t enough in an 18-11 setback to the Chargers. (Photo by Ross A. Benson)

When Arakelyan scored from five feet and 6:43 left in the fourth period, the lead was reduced to 14-10, but Meckelburg’s five-footer 11 seconds later pushed the margin to 15-10.

“I think defensively we couldn’t execute, especially in the second half and first half too,” Arakelyan said. “When you let up eight goals in the first half, you can’t expect to win. They scored on a lot of counterattacks. They converted on their opportunities and we didn’t.”

The first frame was deadlocked at 3-3 as Ambartsumyan scored on an eight-footer with 4:58 remaining that made it 1-0 and a six-footer with 3:23 left as the Indians led 2-1. Arakelyan’s three-footer with 22 seconds on the clock tied it at 3-3.

“Since it’s my last year, it’s was a little tough losing second round at CIF,” Ambartsumyan said. “I was still excited about winning league. That was also an accomplishment. We were just looking forward to going to CIF, but that didn’t work out this year.”

Dos Pueblos outscored Burroughs 5-4 in the second period as Teng collected a two-footer with 5:01 left that evened it at 4-4 and a three-footer with 4:20 left that leveled it at 5-5.

Vucetic scored two goals in the second frame as he nailed a three-footer with 4:39 remaining as the Indians darted ahead 5-4 and added an eight-footer with 46 seconds left that tied it at 7-7.