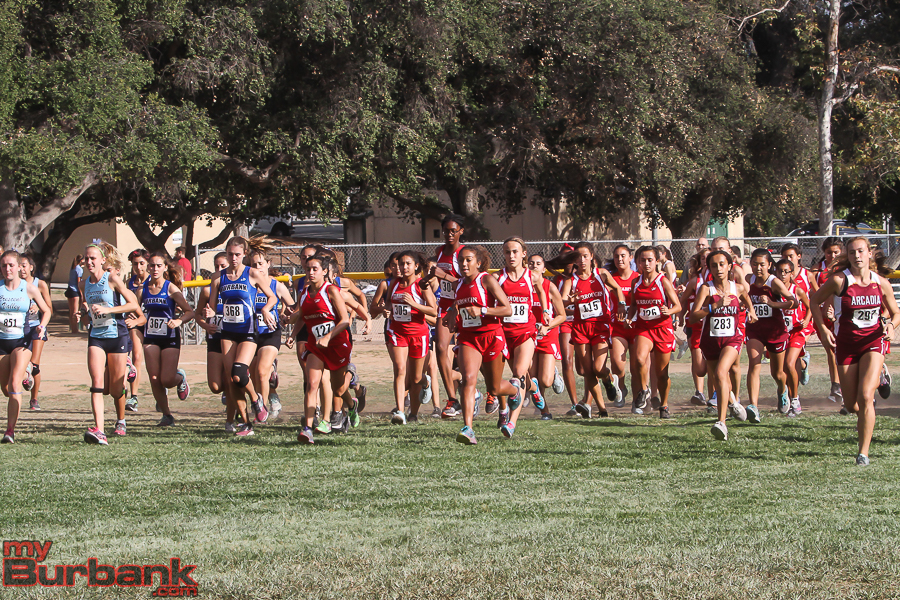 Distance running talent is something has been a constant in the city of Burbank for as long as cross country has been a competitive sport.

Success always seems to land at either Burbank or Burroughs Highs.

Recently, Burroughs High has had struggles with injuries. But if healthy, the Indians could have a memorable season with a few of the top runners in the state. Burbank High, is young but very talented and could cause some surprises in the Pacific League.

The Indians have one of the best No. 1 girl and No. 1 boy runner combinations in the state in Emily Virtue and Alexander Hirsch.

Virtue was a national finalist as a sophomore and has had back-to-back top 10 finishes in the state the last two years.

The Indians, who welcome new co-coach Le’Von Davis alongside veteran coach John Peebles, are senior heavy for the boys’ and girls’ varsity squads.

Hirsch, who was on the Indians’ CIF Southern Section Division 1 title-winning side in 2014, should be one of the best in the state if he is healthy. As an individual, he won the Mount San Antonio College team sweepstakes race last year. But he is no guarantee to even win the Pacific League title as he figures to have some more epic battles with Crescenta Valley’s Colin FitzGerald, the defending league champion.

Along with FitzGerald, Hirsch figures to be followed closely by teammate Jagdeep Chahal, who should also be one of the top runners in the CIF. Chahal is coming off a track season in which he ran 4 minutes, 22 seconds for 1,600 meters.

Also back for the Indians are senior twin brothers Andrew and Chris Hoxsie as well as senior Jeron Straker.

All three figure to be strong enough to run under 17 minutes on any course.

Junior Raymond Berrellez is vastly improved and could be the top newcomer.

“As a group, we have not had the summer we were hoping for.  However, now that school is back, we should be able to get back to consistently putting in the work that it takes to improve,” Peebles said. “We have work that needs to be done, so it is exciting to see how we embrace that challenge.”

Juniors Julianna Navarro and Vanessa Reveles both have varsity experience having run in the CIF Southern Section preliminaries last year.

The Bulldogs have a solid girls’ team and a young, but talented boys’ team.

“We are hoping to defend our second-place team finish on the girls’ side and to break into the top three on the boys’ side. We have a tremendous amount of respect for our league teams and always strive to do our best in such a competitive league,” Burbank co-coaches Robert Hammell and Kathryn Nelson said.

Burbank’s girls’ team is led by sophomore Sol Fernandez, who finished 10th in league finals as a freshman, running 19:49 at Crescenta Valley Park.

Sophomore Jordan Delgado was 25th in league finals in 22:19 a year ago.

For the Burbank boys’ team junior Jahir Olvera is the top returner.

Sophomore Victor Goli was right behind Ellis, taking eighth in 18:04.

Freshman Andres Leon is a talented newcomer who could play a key role on varsity.

Sophomore Anthony Chiaravalle went 19:32 in league finals as a freshman.