Establishing solid programs is what the Burroughs and Burbank High girls’ soccer teams have become.

Both teams qualified for the CIF Southern Section playoffs a year ago and both are hoping to make a return to postseason play. 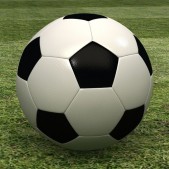 Burroughs returns a solid core from a team that went 12-5-1 overall and 9-4-1 in league last season. The Indians lost in the first round of the CIF Southern Section Division 4 playoffs.

The Indians have begun this season with a 4-1-1 record, including a 2-0 league record.

Joining Maddie Riggs in the attack will be sophomore Tatiana Mosdale and junior Catrina Villalpando.

In goal, Burroughs has seniors Emily Orsatt and Emma Bartram vying for the starting spot.

Senior Alondra Solis is expected to play a key role in the midfield alongside Gonzalez. Junior Maddy Sena is one of three team captains and will hold down a starting spot in the midfield.

“We have a good mix. We have four starting seniors, five starting juniors and two starting sophomores,” Burroughs coach Brady Riggs said. “Our depth is very young, but we’ve got a good program now. There is great camaraderie with this team and we expect to have a good season.”

Senior Larissa Perez is a starting central defender and is joined in the middle by junior Carina Sierra. Junior Nathalie Celio and sophomore Emily McHorney are expected to hold down the defensive wing positions. Junior Anna Kasper also figures to hold down a starting spot.

Sophomore Abbie Riggs provides depth to the midfield. Makena Sierra and Callie Suppa were both out last season with injuries and will look to help fill in as needed. Senior Bella Nava is another option Burroughs has in the attack.

Burbank went 11-5-3 last year and 9-4-1 in league and went to the second round of the CIF Southern Section playoffs. The Bulldogs have nine returning players and are led by senior and four-year varsity player Kira Bochard, who is coming off a successful cross country season.

The Bulldogs have lost their first two league games this season, both without Bochard.  Bochard is expected to re-join the team this week after finishing club soccer commitments.

“It’s growing pains that we’ll work out,” Burbank coach Eric Montoya said after a loss at Glendale High. “Once the team starts gelling, once they get each other’s trust, we’ll be a strong team.”