Both teams have a lot in common. Both wear red in their uniforms. Both have quarterbacks who wear number 18 and running backs who wear 22 and do virtually all of the running there is to do for their respective teams.

But that is where the comparisons end between Burroughs and Arcadia highs.

Friday night the Apaches proved to be too quick and physical for the Indians in a 37-27 win at Memorial Field. 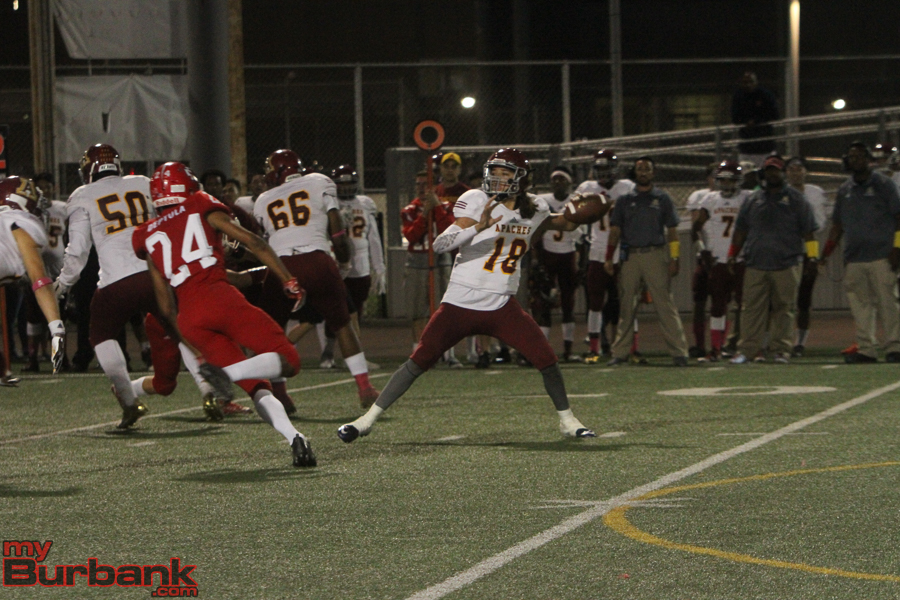 “I thought Arcadia just simply out-physicalled us and played harder,” Burroughs coach Mike Reily said. “They basically manhandled us up and down the field. They definitely had some speed, but they outhustled us.”

Burroughs running back Chance Bell had 32 carries for 216 yards and all four of the Indians’ touchdowns.

The visiting Apaches opened the scoring as Randy Ludwig kicked a 37-yard field goal with 6:08 left in the first quarter.

Burroughs (3-3, 2-1 in league) countered with Bell, who scored his first touchdown, a seven-yard run with 36 seconds left in the first quarter. 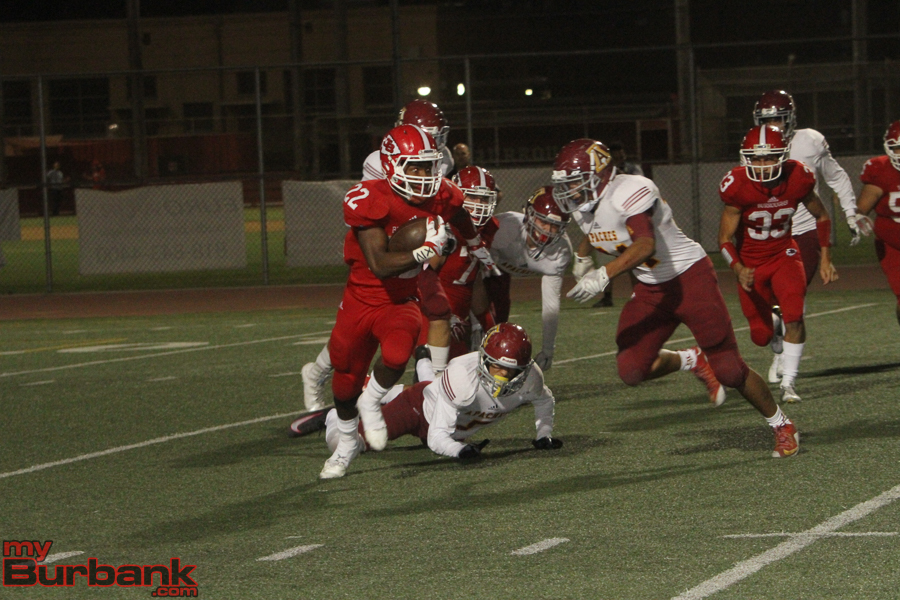 Davila hooked up with sophomore receiver Rolandiss Whitener on an 18-yard reception to give Arcadia a 10-7 lead.

Davila helped his own cause by running 26 yards on a fake with 7:07 left in the first half to push Arcadia’s lead to 17-7.

Following a Burroughs turnover, sophomore Jahlique Stephens scored on a 12-yard run to make it 24-7.

Bell helped keep Burroughs in the game by scoring on a one-yard run 3:15 left in the first half.

But Arcadia wasn’t done in the first half.

Davila hooked up with Raeshawn Roland on a 31-yard touchdown pass. Roland, who said he is a silent commit to the University of Wyoming, scored Arcadia’s lone second-half touchdown, a 60-yard screen pass from Davila.

His second touchdown came moments after Burroughs had cut the lead to 30-21 following Bell’s two-yard run with 7:22 to play.

Arcadia will return to Memorial Field next Friday evening when the play Burbank High. Burroughs will be playing Thursday vs Glendale High. 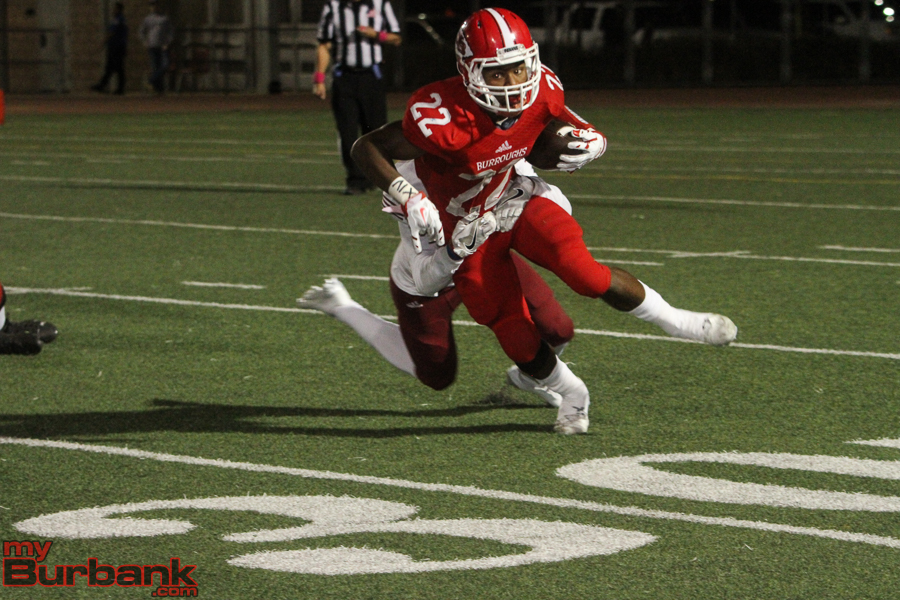