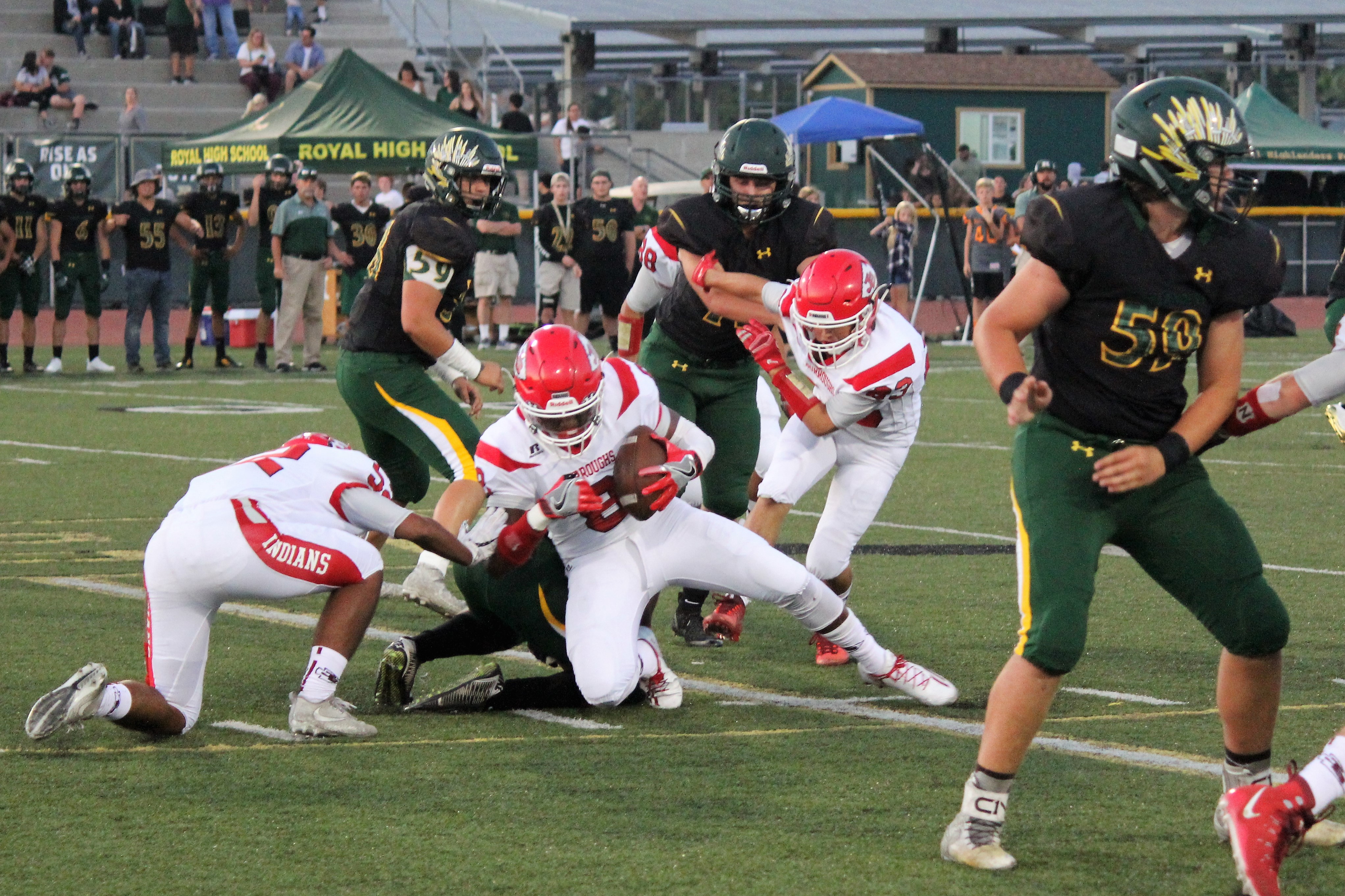 A week after having seen its game cancelled due to the La Tuna Fire, how the Burroughs High football team would respond for its opener against Royal High of Simi Valley was a mystery.

But the Indians left little doubt as to how ready they were, earning a 45-30 nonleague win over the host Highlanders Friday night.

“We were a little concerned because they (Royal) played two games already and we had not played any,” Burroughs coach Mike Reily said. “We weren’t sure if we were going to come out a little rusty because we haven’t had any live game competition.  But we came out and did some good things.”

Playing in what he considered his first varsity game, junior quarterback Nathan Piper finished 25 of 34 passing for 325 yards with three touchdown passes and just one interception.

The passing yardage was the eighth highest total in school history for a single game. Piper also completed 14 consecutive passes at one point.

“I hope we can do this every game.  We wanted to play that first game so bad,” Piper said. “We were fired up for that game. We saw our (junior varsity) come back and tie the game (today). That fired us up too.”

Burroughs (1-0) opened the scoring at the 7:03 mark of the first quarter as Jonathan Rivas hit an 18-yard field goal.

Piper hooked up with Ryan Macasaddu on an 11-yard touchdown with 30 seconds left in the first quarter to give the Indians a 10-0 advantage.

Royal (1-2) fought back behind the arm of junior quarterback Ezekiel Savage, who completed 28 of 54 passes for 367 yards.

But every time Royal would make things interesting, Burroughs had an answer.

Running back Ben Peters, who was battling the stomach flu, still managed to have 20 carries for 146 yards, including an 80-yard touchdown run.

Receiver Cerain Baker had nine receptions for 126 yards and a pair of touchdowns.

Defensively Evan Osegueda and Alex Perez came up big as both intercepted Savage in the third quarter.

Burroughs got a pair of rushing touchdowns from Hakeem Hickman,  who finished with 57 yards in nine carries.

The Indians hit the road again next week, this time traveling to Diamond Ranch High in Pomona.