If there was one noticeable difference about the Burroughs High football team Thursday night, it was that the coaching staff could have used a compass to locate a lot of its players as they were playing in different roles. 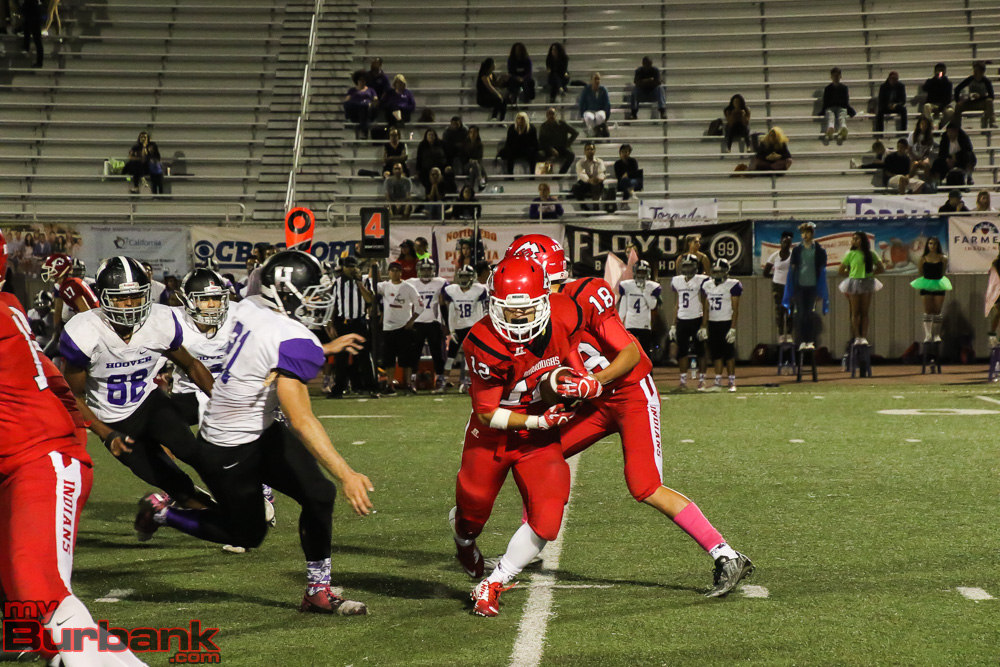 Injuries definitely hurt the Indians, who overcame a slow start to top a vastly improved Hoover High team 49-14 in a Pacific League contest at Memorial Field.

Things didn’t get any better as the game went on.

“By halftime we had a young man ejected and another young man with a knee injury,” Reily said.

Burroughs (4-4, 3-3 in the league), didn’t really break out a slump until late in the contest as Hoover received 320 yards passing from sophomore quarterback Mattis Richards, a native of France, who was playing in just his seventh game of his career.

Fortunately, Ben Peters came up big for Burroughs. He finished the game with 23 carries for 306 yards and three touchdowns.

After Burroughs led 19-8 at halftime, Jonathan Rivas kicked a 32-yard field goal at the 5:21 mark of the third quarter pushed the lead to a pair of touchdowns. 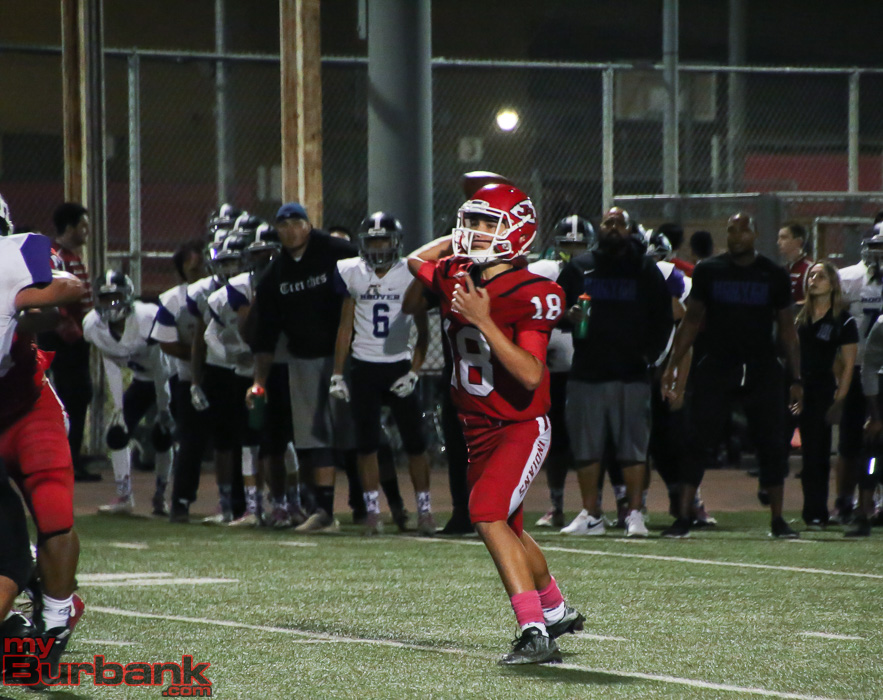 Hoover (1-8, 0-6) fought right back as Richards and receiver James Chang hooked up on the second of two long touchdowns.

“Those kids played their hearts out,” Reily said of Hoover. “Those coaches have them coached up and hats off to that program and those kids. They hung in there for quite a while.”

Peters quickly answered back with his third touchdown.

The Indians got three fourth-quarter touchdowns, two of which came at the hands of interception returns.

Daniel Gonzalez had a 76-yard return with 10:25 to play. Alex Perez also had an interception return. The

Indians’ other touchdown came as a result of a 24-yard run by James Duarte.

Burroughs will conclude its regular season next Friday at Memorial Field against Burbank. The Indians will have an opportunity to spoil any chances Burbank has of winning the league title.