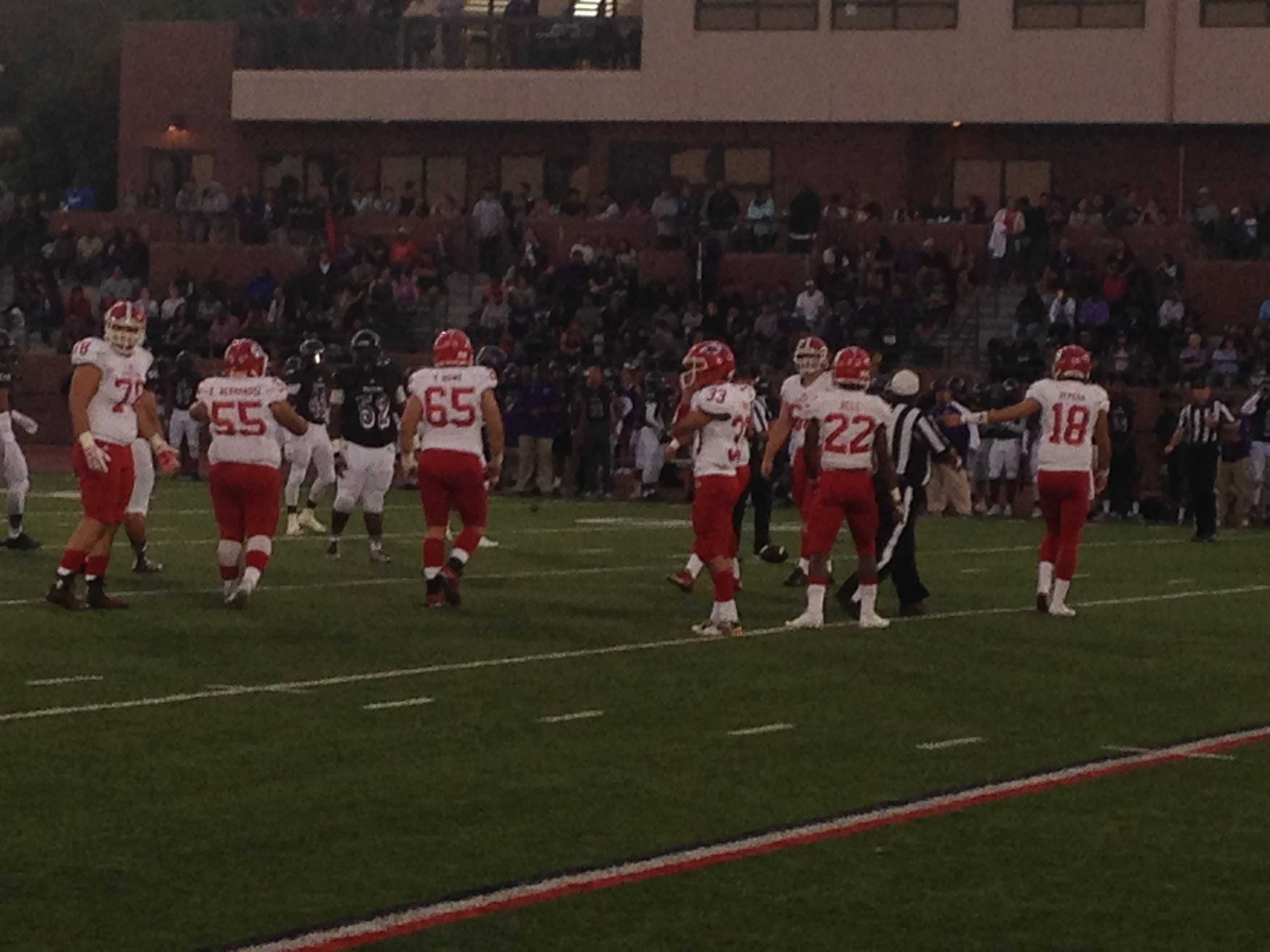 It certainly wasn’t the start the Burroughs High football team envisioned to begin a new era under coach Mike Reily.

But the good news is that the Indians do not figure to see another opponent the rest of the season as talented as the Cathedral High team they faced Friday night.

Burroughs was overwhelmed and fell 51-7 in Los Angeles.

“You don’t want to start a season like this, but it provides a good measuring stick and provides a good gauge on where we want to be and what we need to do to get to that point,” Reily said.

Cathedral (2-0) has a number of players that are committed to colleges in the Pacific-12 Conference, including 6-foot-4, 232-pound defensive end Hunter Echols. Echols is currently committed to USC after being previously committed to UCLA.

But Echols wasn’t the player that gave Burroughs the most headaches. That honor went to receiver Jamire Calvin, who finished with five touchdowns. Calvin, transferred to Cathedral from Pacific League rival Muir High.

He scored on receptions of 20, 52, 23 and 25 yards. Two of the touchdowns came from senior quarterback Andrew Tovar and two came from freshman Bryce Young. Cathedral used both quarterbacks throughout the game.  Calvin also returned a punt 74 yards for a touchdown.

“We had no misconceptions about Cathedral,” Reily said. “We knew they were very athletic and athletically gifted. We knew it would be a big battle, but we didn’t want to shy away from that. Across the board they had great athletes at just about every position. It definitely created a challenge for us. ”

While Burroughs was certainly outmanned, the Indians showed they should be able to move the ball much easier against the remaining teams on their schedule.

But the Indians will also have to hope that running back Chance Bell is back. The San Diego State-commit was injured after taking a helmet to his knee on the second-half kickoff. He did not return, but his injury did not appear to rule him out for the rest of the season as was initially feared.

“We’re going to take some tests and our athletic trainer will take a closer look,” Reily said.

Bell scored Burroughs’ lone touchdown, as he took a screen pass from quarterback Hayden Zepeda and went 49 yards into the end zone with 8:10 left in the first half.

Without Bell, Burroughs turned to junior Ben Peters, who had 31 yards rushing on 11 carries, all in the second half.

“We have a lot of kids where this was their very first varsity experience and against an opponent like Cathedral, it is quite the first-game experience,”  Reily said.  “I think once they realize I’m no longer a brand new starter on this, they’ll settle down a bit.”