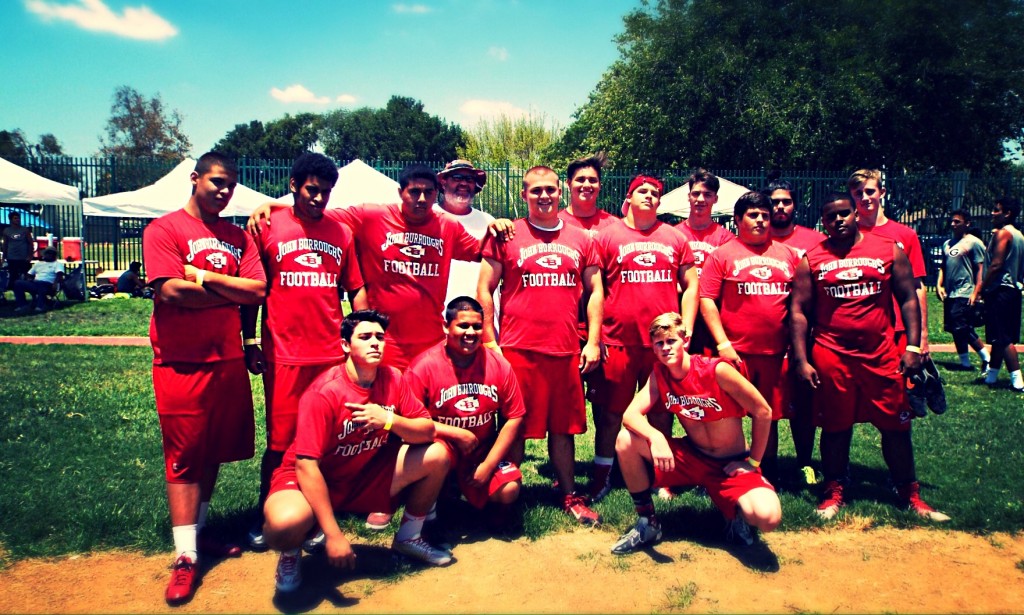 At the conclusion of a recent Burroughs’ football practice, Coach Keith Knoop was about as fired up as one can be. The excitement was palpable and the adrenaline was increasing with every name and adjective that he could describe about his team.

Fall training camp opens August 10 for the Indians in what appears to be a very strong team on paper. Knoop’s enthusiasm was predicated upon the success and growth of his team this summer.

“I’m excited to get going. The summer went well. We are senior heavy and a lot of these guys have been together for a long time playing since Pop Warner,” Knoop said.  “They have been coming together as a team like you wouldn’t believe. They’ve been really working on their leadership. We have seen some guys blossom as leaders the last couple of weeks. The young guys are enamored with the older guys who have taken charge.”

Since the beginning of the summer, Burroughs has been hosting 7-on-7 passing league games on Wednesdays as well as participating in tournaments on the weekends.  The Indians have competed in tournaments at Crescenta Valley, Mountain View, San Dimas and Santa Fe and have held their own against stiff competition.

Looking to improve upon last season’s 6-4 overall record and 4-3 league mark (fourth place), the Indians have been on a mission to rise up and return to the CIF playoffs which they missed a year ago.

Only time will tell but Knoop, who begins his 19th season as coach at Burroughs, likes the early signs of a solid team developing on both sides of the ball. 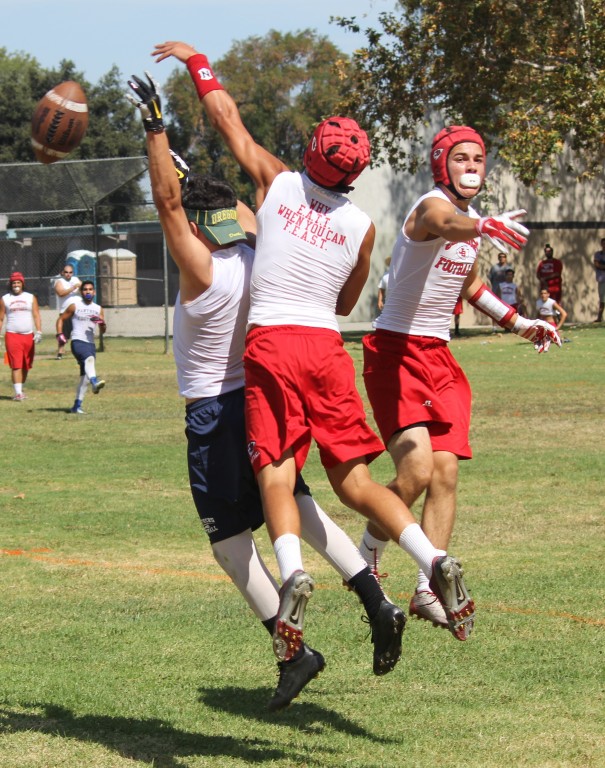 “The whole summer has been a highlight for our first and second group of guys. They’ve been getting better and better,” said Knoop, who takes over as defensive coordinator while his brother, Kenny, steps aside for an administrative role at JBHS. “We have a lot of healthy competition going on. These guys are really pushing each other. It’s been really neat watching this group. Things are looking really good this year. We are expecting big things.”

Andy Amela and Steven Hubbell are currently engaged in a great tussle for the starting quarterback job. A seasoned Chance Bell returns at running back with a trio of very strong receivers in Erick Hernandez, Hunter Guerin and Nick Mercado. Jesse Chamberlain anchors the offensive line. 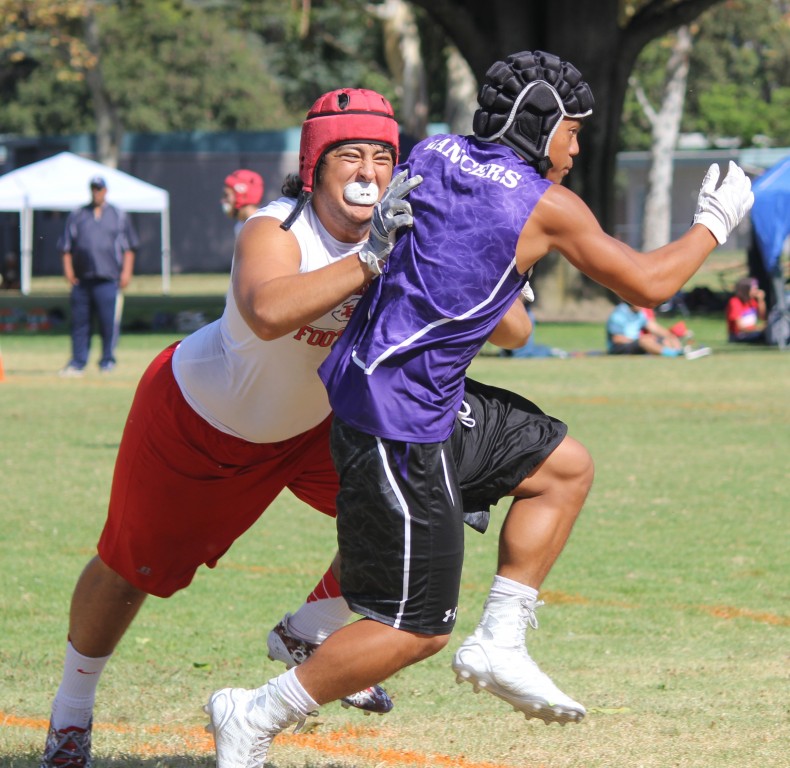 Robert Awunganyi, a transfer from Riverside, has caught the eye of Knoop and could be the “X” factor this season at wide receiver and free safety.

“What an athlete he is,” said Knoop. “He’s going to be special.”

Burroughs begins fall training camp on August 10 leading up to its opener at Calabasas on September 4. The Indians’ home opener will be on September 18 against Santa Fe with a road trip to Rosemead sandwiched in between. Pacific League action kicks-off at Memorial Field on Sept. 25 versus Muir.

This Tribe of Indians believes in their program motto of ‘F.E.A.S.T’ which also defines their personality and reveals their inner character. Only the men in the red and white know what ‘F.E.A.S.T’ truly means.

When asked if he had the choice to ‘F.E.A.S.T’ or ‘E.A.T.T,’ Knoop responded in the same manner as his counterpart up the hill did with the utmost confidence and without hesitation except for one thing. F.E.A.S.T took priority over E.A.T.T.