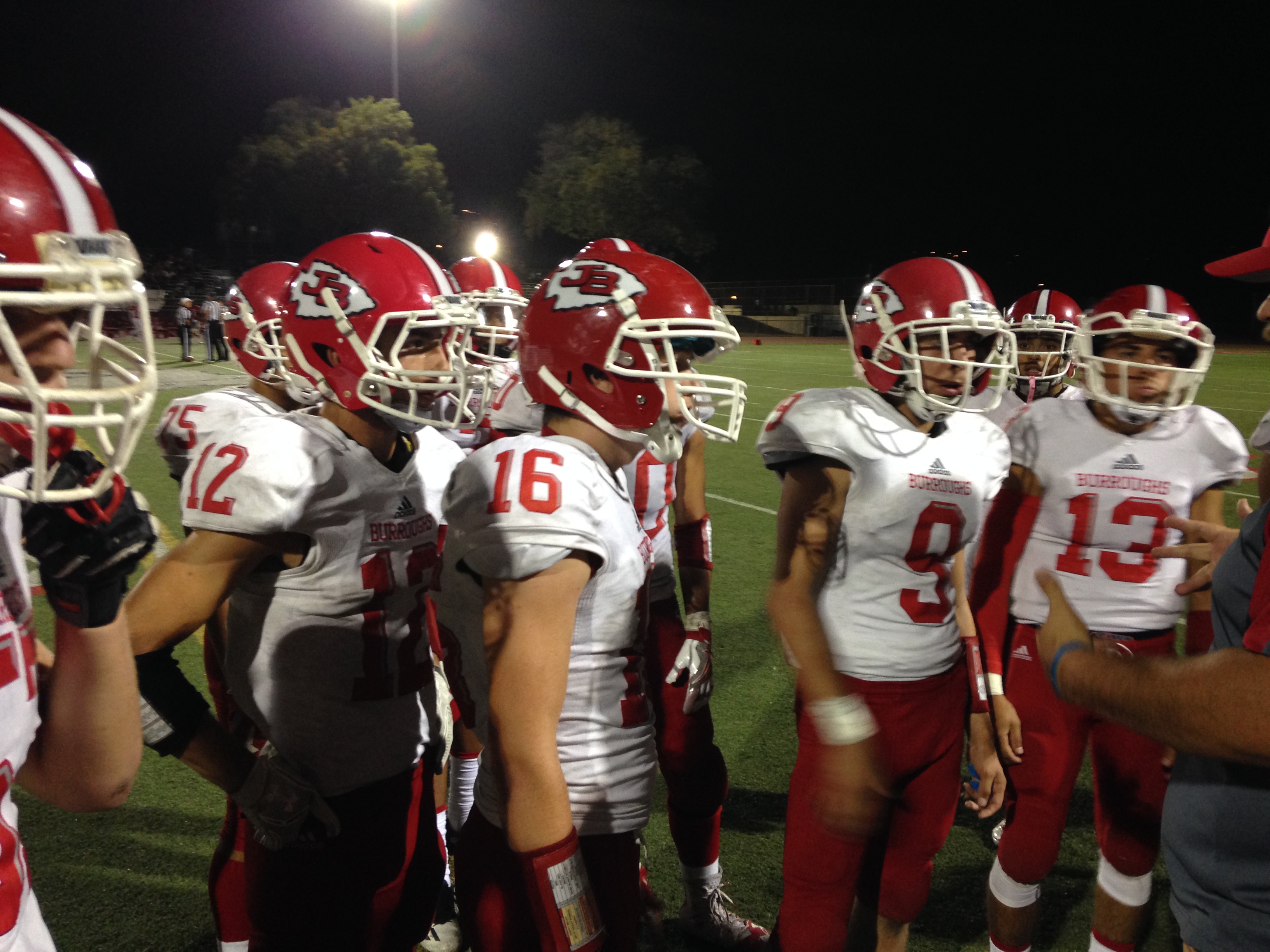 Although Burroughs coach Mike Reily is in his first year as head coach after 14 seasons as an assistant, several of the Indians’ assistant coaches have been together for many years.

“Defensively we have some experienced coaches who have been doing this a long time and who put together packages that we think are going to be effective against what we see,” Reily said. “Quite honestly, what we thought we were going to see tonight isn’t exactly what they came out in. We had to go make some adjustments to our adjustments that we had all week. We got it figured out and settled things down and started rolling like we wanted to.”

Burroughs (3-2, 2-0 in league) also intercepted three Pasadena passes. Preston Hernandez had two of those interceptions and Ben Peters had the other.

Offensively Burroughs was once again led by San Diego State commit Chance Bell, who had 24 carries for 177 yards and three touchdowns.

Bell scored on a 7-yard run with 8:10 left in the first quarter to open the scoring.

Quarterback Hayden Zepeda hooked up with Cerain Baker on a 27-yard touchdown with 5:37 left in the first quarter to make it 14-0.

Zepeda scored on a quarterback keeper at the 11:13 mark of the second quarter to make it 21-0.

Hernandez returned an interception 35 yards for a touchdown at the 5:58 mark of the third quarter.

The rest of the game was played with a running clock.

Burroughs will host Arcadia High next Friday at Memorial Field.

“I haven’t had a chance to see them on film. They are a well-coached group and an athletic group,” Reily said of Arcadia. “Like I told these guys, we’re going to celebrate tonight and enjoy this victory but we’ve got our hands full come Monday morning. There is no off week or easy week by any means.”