Burroughs advanced to the championship game with a thrilling 55-50 win over perennial power Ventura. The Indians will battle Harvard-Westlake tonight at 7:30 pm for the title. The Wolverines knocked off Valencia, 69-59, in the other semifinal.

Trailing 41-37 early in the fourth quarter, Burroughs went on a 10-1 run to take a 47-42 lead with 4:05 remaining and held on for the victory. It was a total team effort for the scrappy and gritty Indians.

“Everyone played unbelievable with great energy and toughness. We just kind of grinded it out,” Burroughs coach Vicky Oganyan said. “That’s our identity. We condition like that and we practice the same way. We always tell the kids in the fourth quarter, ‘This is why we do this. The fourth quarter can pay off for us against the good teams.’ It shows we had enough in the tank in the end to make a run.”

The Indians have run the table thus far in their own tournament defeating Simi Valley (67-15), Agoura (46-42), Granada Hills (54-33) and now the Cougars from Ventura High School.

Relying on full-court defensive pressure along with an intense half-court man-to-man defense, Burroughs forced 15 turnovers against Ventura forcing the Cougars to take quick shots and stay out of rhythm.

The game was tight throughout with the Indians leading 12-11 after the first quarter, Ventura up 23-22 at the half, and the Cougars entering the final period up one, 38-37.

The stage was set for the do-or-die fourth quarter; a quarter where the Indians make their mark because of their intense conditioning and rigorous off-season workouts.

Nicol, who scored six of her 10 points in the fourth quarter, jump-started the Indians offense with a three-pointer from the top of the key to cut Ventura’s lead to 41-40. Del Castillo followed with a floater in the key and Ibarra converted a steal into a layup. After a Ventura free throw, Ibarra rebounded her own miss and finished a three-point play the old fashioned way to go up 47-42.

“We’ve always been a fourth quarter team. I think we work the hardest out of all the teams. We push ourselves more than anyone else,” Nicol said. “We have a lot of energy so even if we are down at the beginning of the game, we try to find a way to get back into it. We end up pushing ourselves and coming back because we know we won’t give up.”

The momentum had shifted in favor of Burroughs who maintained the lead until the final buzzer. The Indians defeated a program that won the CIF Southern Section Division IA championship last year.

“It was definitely a fun game to coach and I’m sure a fun game to play,” said Oganyan. “It did feel like a playoff atmosphere. They are one of the best schools out there.”

Brown came through in the third quarter with six consecutive points; two coming on jump shots and the other on a power layup through traffic.

“We were in need of some shots so I took it to the basket and tried to help my team out and get the win,” she said.

Del Castillo stepped up in the fourth quarter ripping down rebounds and preventing the Cougars from mounting a comeback.

“They were pushing us around early and being physical so we had to step up our game,” Del Castillo said. “I just tried to do my best and get the rebounds. We picked up our defense and energy.” 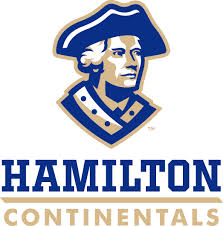 For Nicol, it concluded a special day in her life. The senior point guard was officially accepted to Hamilton College in Clinton, New York. She will be playing softball for the Continentals, a member of the NESCAC, while pursuing a degree from one of the elite liberal arts colleges in the country.

“It’s the best moment ever,” said Nicol. “I don’t think there is any better opportunity than that. It’s been a great day overall.”

Now the table is set for Burroughs as they look to win the tournament championship on its home court.

“We can’t have a letdown. We need the same type of energy,” Oganyan said. “We haven’t won anything. We need to keep getting better every day.”